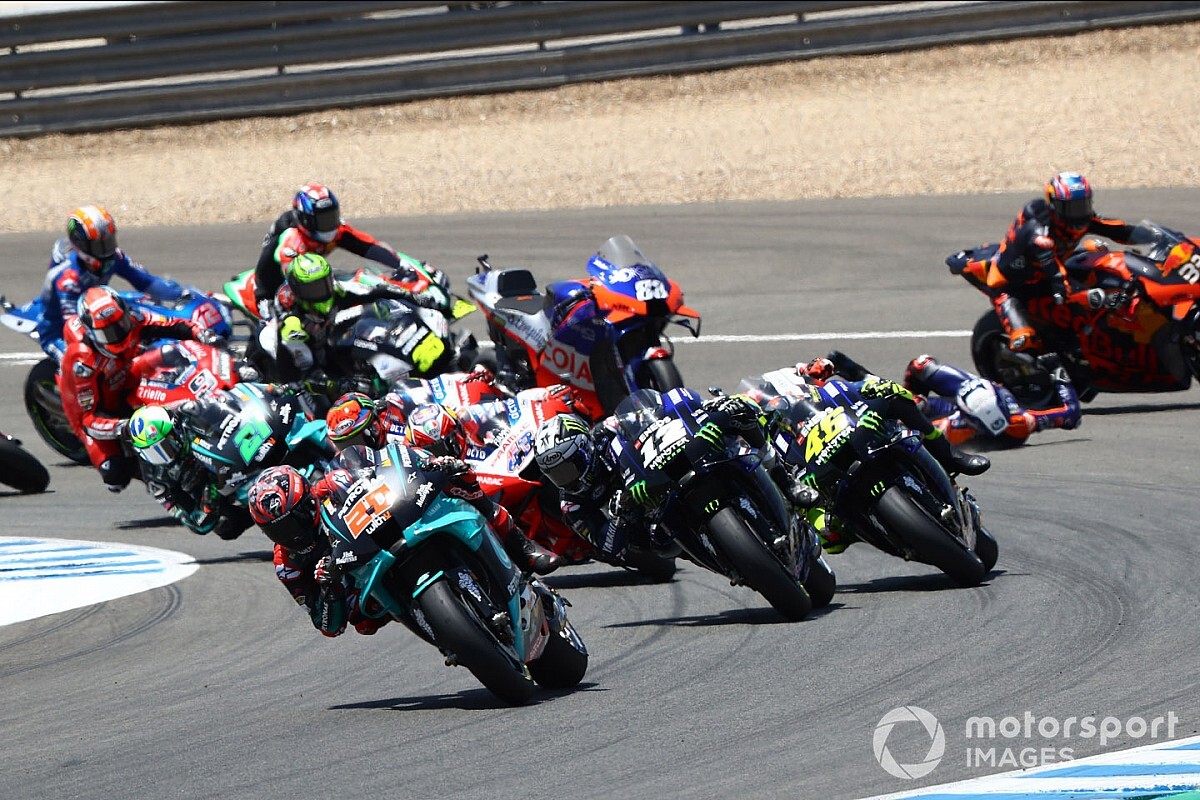 Fabio Quartararo leads the MotoGP world championship for Petronas SRT Yamaha after maintaining his perfect start to the season in the Andalusia Grand Prix, the second round of the 2020 season at Jerez in Spain.

Quartararo effectively has a 50-point headstart in the championship over six-time champion Marc Marquez of the Repsol Honda team, who was forced to miss this race following the huge crash at Jerez last weekend that broke his arm.

Quartararo holds a 10-point lead over works Yamaha rider Maverick Vinales, who finished second in both Jerez rounds. Ducati’s Andrea Dovizioso could only salvage sixth place, and retains his third position but he is now 24 points off the lead.

Solid results for Takaaki Nakagami (LCR Honda) and KTM’s Pol Espargaro puts them fourth and fifth respectively, ahead of the legendary Valentino Rossi – who bounced back from engine failure last week to score his first podium finish of the season. Jack Miller, Alex Marquez, Johann Zarco and Franco Morbidelli round out the top 10.

In the teams’ championship, Petronas SRT Yamaha leads by five points over the factory Yamaha squad, with Ducati in fourth ahead of Team LCR and Pramac Ducati.

In the constructors’ championship, Yamaha leads by 24 over Ducati, with Honda and KTM tied on 19 points. Suzuki is fifth, ahead of Aprilia.

Rossi had to overcome Yamaha “politics” to regain form