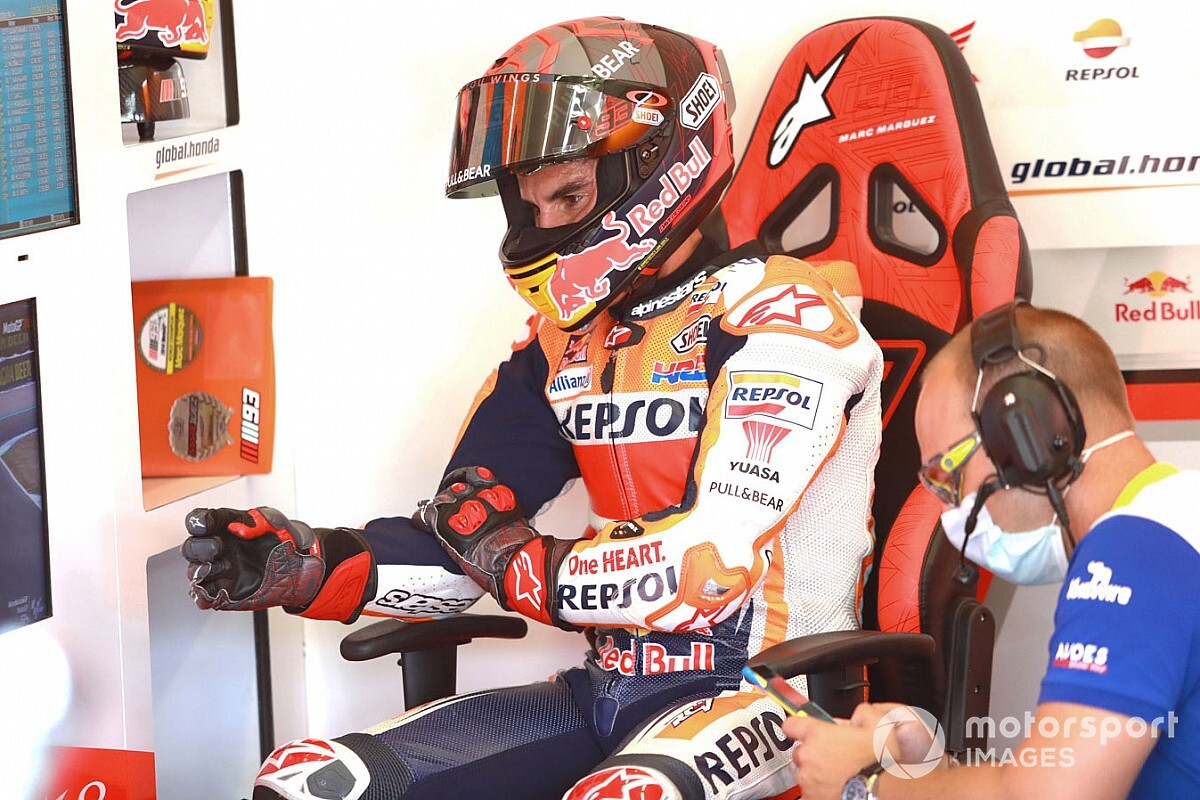 Honda has announced MotoGP world champion Marc Marquez will remain out of action for a further two to three months due to his broken right arm.

After breaking his arm in a crash during the 2020 MotoGP season-opener at Jerez last month, Marquez underwent an initial surgery two days following the injury. This led to a brave comeback attempt at the second round less than a week later at the Spanish circuit.

Despite completing FP3 and FP4 at the Andalusia Grand Prix, Marquez withdrew due to swelling on his arm and was expected to return to action for the Czech GP. However, the plate fitted to his arm had been stress-damaged during his attempt to come back for the Andalusian GP and it broke when he tried to open a window at his home in Spain.

This required another operation to have a new plate fitted, which ruled him out of the Czech GP and double-header in Austria. Marquez was then expected to make his return for the San Marino Grand Prix in September for the first of two Misano races followed by the Catalan GP.

However, recovery on his right arm following the second operation has been much slower than anticipated, and Honda has now confirmed that Marquez will be out for at least another two months.

"There has been a lot of talk about Marc's recovery and the various deadlines, but from the first day after the second operation we have said that the only objective that exists is for him to be one hundred percent,” said Alberto Puig, Honda team manager.

“We do not want to rush. Once Marc is in a position to return and compete at the level he knows, then we will think about the next objective."

Though his chances of a seventh premier class title were slim, with Marquez currently sitting 67 points adrift, this extended absence brings an end to any hopes of a championship charge in 2020.

HRC test rider Stefan Bradl, who filled in for Marquez at Brno and the Austria double-header, will continue to deputise for the injured world champion alongside his brother Alex Marquez at the factory Honda squad.

Should Marquez's recovery time extend to two months, there is a chance he could be back on his Honda for the final triple-header in Valencia and Portugal in November. However, due to the compressed nature of the coronavirus-delayed season, there is a possibility Marquez may not race again this year.

After his first operation, Marquez had shared video of him testing his arm in the gym (below).