KTM MotoGP rider Mika Kallio accepts he needs "to show something different" if he is to remain part of the Austrian manufacturer's full-time rider line-up for 2020.

A long-time KTM tester, Kallio was drafted in to replace Johann Zarco two races ago, but finished out of the points in Aragon and crashed out of the Thailand Grand Prix.

Having admitted in the lead-up to the race that he was "not happy at all" with his current performance, Kallio said nailing down the ride for 2020 remained the target, but stressed he needed to up his game.

Kallio looked to have made a step forward thanks to a "modification" during Sunday warm-up, and had just overtaken LCR Honda's Cal Crutchlow for 16th when he crashed out on Turn 8 on the fourth lap.

"What can I say? Really disappointed for the thing that happened, and of course it's always some type of mistake of the rider if you crash, but we saw from the data what happened and it wasn't that clear really why I lost the front," he continued.

"On Turn 8, last part of the braking, I felt [something] like a small bump on the track and then suddenly I lost a little bit the grip on the front and that's it.

"The margins are always really tiny, and of course I was pushing, I was trying to catch the guys on the front, and actually the start was really good first of all, I managed to gain a few positions there, and then the first two-three laps was quite positive, let's say.

"I felt better on the bike when the tank was full, the bike was heavier and somehow I got more load and the grip feeling with the tyres.

"Sorry for KTM, because we of course don't really want to finish the weekend like this. It's racing, of course, always you can crash - now we just need to forget this somehow and try to focus for the next ones." 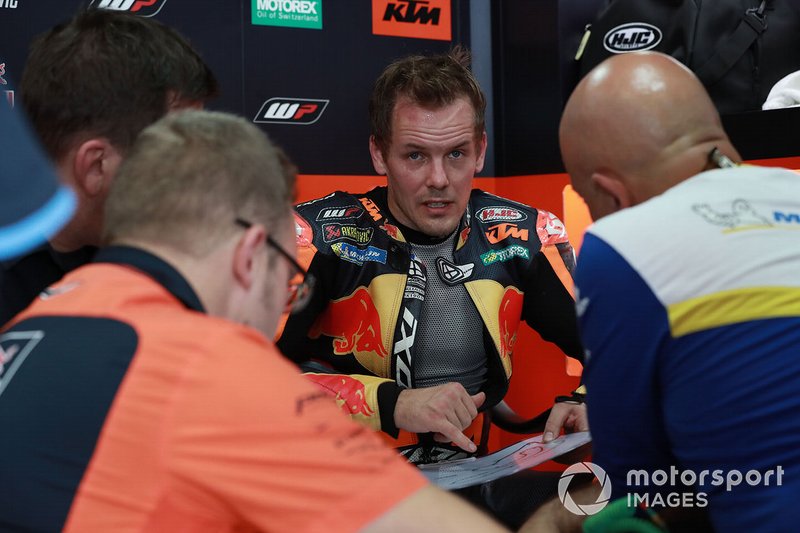 Why Honda must now split with Lorenzo

Quartararo “by far not the favourite” for the 2022 MotoGP title

The factors which risked the cancellation of MotoGP’s Argentina Grand Prix were consequences of the current world crisis, with pragmatism the key to the solutions that saved the race weekend. But wider lessons can be taken from the situation for the MotoGP calendar, while it also offers other intriguing questions.