Ducati appeal verdict to be revealed next week 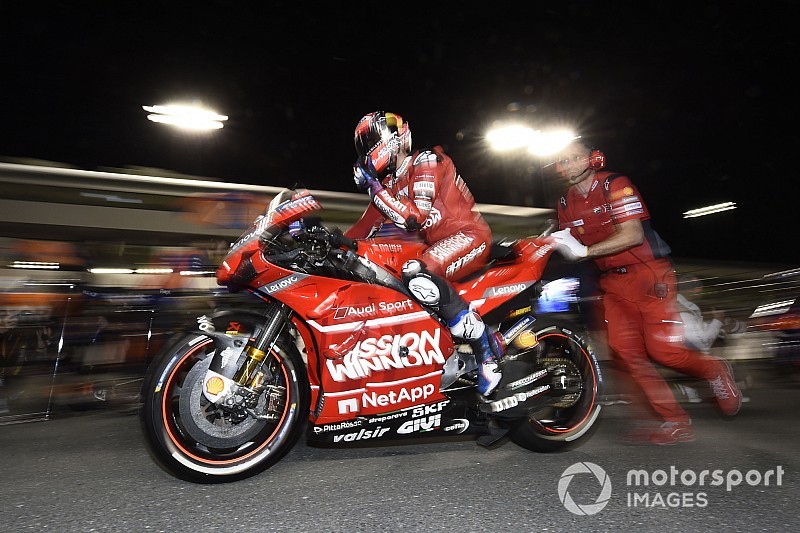 The outcome of the appeal against the legality of Ducati's controversial MotoGP winglet will not be known until next week.

The hearing took place on Friday at the FIM's headquarters in Mies, Switzerland, with proceedings commencing at 11am and wrapping up shortly before 6pm.

A verdict on whether Andrea Dovizioso will keep his Qatar Grand Prix victory is likely to emerge next Monday or Tuesday, prior to the start of track action in Argentina.

The Court of Appeals, made up of Anand Sashidharan (India), Lars Nilsson (Sweden) and Sakari Vuorensola (Finland), heard arguments from Ducati, which used the winglet in Qatar after gaining the approval of MotoGP technical director Danny Aldridge, and the four manufacturers that lodged the protest at the Losail circuit: Honda, Suzuki, Aprilia and KTM.

Ducati was represented by both general manager Gigi Dall'Igna and technical coordinator Fabiano Sterlacchini, who had originally made the team's case in front of the Qatar stewards.

Alberto Puig (Honda), Davide Brivio (Suzuki), Massimo Rivola (Aprilia) and Mike Leitner (KTM) represented the manufacturers who together made up the prosecution. Honda and KTM each had a lawyer present, while Aprilia and Suzuki shared one.

Aldridge himself was also understood to be present via Skype link-up.

While the final outcome of the case remains uncertain, the feeling among those present is that Aldridge's clarification - circulated among all teams on March 2, after the end of pre-season testing - makes it difficult to prove Ducati's winglet goes against the regulations.

It remains likely however that the regulations will be altered in the near future to limit or eradicate this kind of aerodynamic development.

Rivola said this week that the goal of the appeal was not to strip Dovizioso of his Qatar win, merely to establish the legality of the winglet and a new regulation to govern this area.

However, the fact the device was permitted on the basis of cooling the rear tyre could open the door for similar pieces to be deemed legal, even if they also generate downforce, which is theoretically prohibited by the rules as they are currently written.

Why 2019 may be painful for racing's two latest gamblers