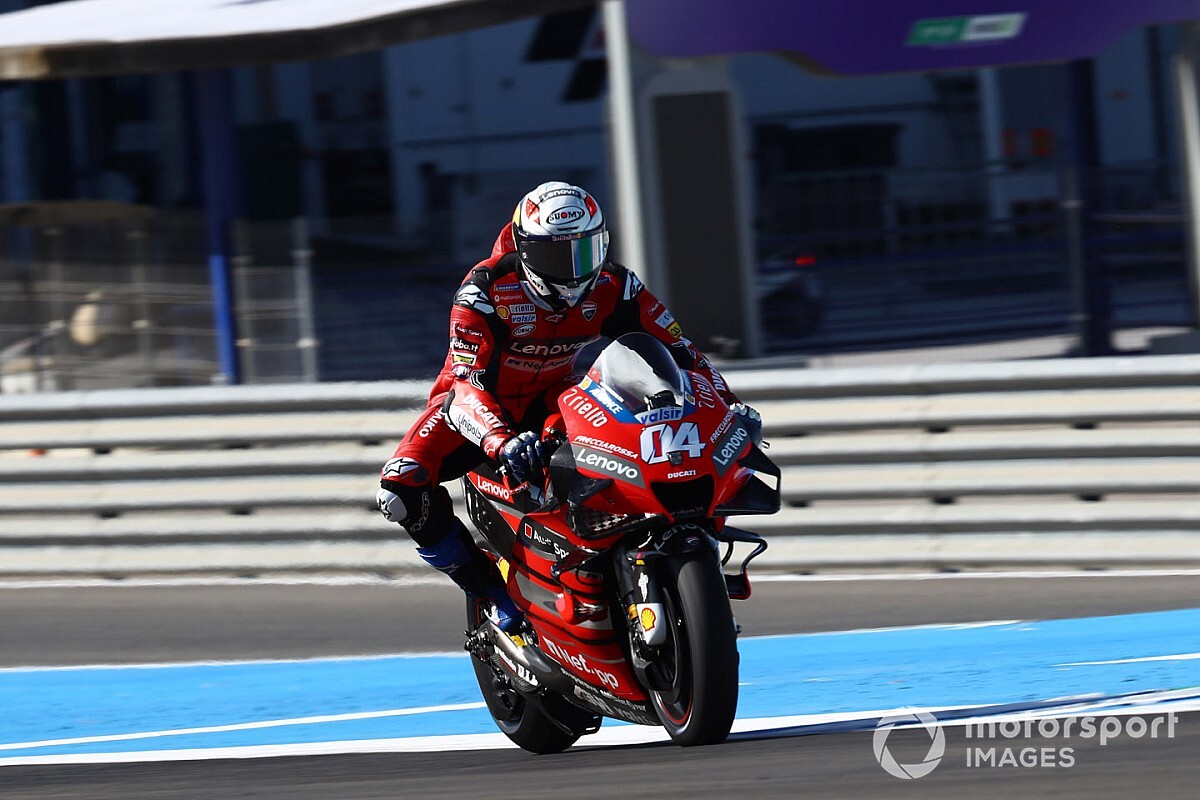 Ducati MotoGP rider Andrea Dovizioso says he is suffering “no strange pain” in his collarbone at Jerez just weeks after breaking it in a motocross accident.

Dovizioso crashed heavily onto his left shoulder in a motocross race late last month in Italy and underwent surgery on a broken collarbone in order to be fit enough for the opening round of the 2020 season at Jerez.

“My physical condition is really good,” Dovizioso said on Wednesday. “In two weeks, we worked in a perfect way. The people around me did a perfect job. I moved the collarbone already one day after the surgery because I could adapt.

“I don’t have any strange pain while riding. I was a bit curious, because MotoGP, the stiffness of the bike, the power we have, you never know until you are one the bike. But everything worked well.

“I’m struggling a bit more about the pain where the cut is, where the leather pushes in that point. But not the collarbone. So, pretty happy about that to have that confirmed.”

Dovizioso finished the test 15th overall on the combined timesheets, almost a second off the best pace set by Yamaha’s Maverick Vinales.

The Ducati rider says he is still struggling with Michelin’s new rear tyre, an issue which extends back to winter testing, and thinks the tyre “can affect a lot this season”.

“About the tyre, it’s just different,” he added. "So it’s not just a small change, because when you change the casing, it’s not about the rubber – it’s bigger. And the way Michelin built that tyre, I think the potential is more but it’s different.

“But still, I’m not that happy. My laptime was not too bad, but not that good like the fastest.

“Still we have a lot of work to do, but to make the test today helped us a lot because in Qatar we were ready to fight for the podium, or something more, but every track is different – especially when you have 58 degrees [track temperature].

“Still this tyre I think can affect a lot this season. We have to try to find a way as soon as possible.”