Petrucci aiming to "surprise everybody" in Qatar

New factory Ducati MotoGP rider Danilo Petrucci says he hopes to be the "surprise" of the opening round of the 2019 season this weekend in Qatar.

Petrucci, who has replaced Jorge Lorenzo in the works Ducati line-up this season, will head to Qatar as one of only two riders to have completed a full race simulation in the final pre-season test at the Losail track.

While teammate Andrea Dovizioso was cautious about Ducati's prospects of victory after what he dubbed a "strange test", Petrucci was considerably more upbeat in his assessment.

The Italian said he hopes that knowing what to expect over a full 22-lap race distance can give him an edge over his rivals come Sunday.

"I was near the front in all the tests," said Petrucci. "Maybe I was not always first, but I was twice in 10 days [once in Jerez last November and once in Sepang].

"This was my target, I had to work on several things both on and off the track. Andrea has given me a big hand and now is the time to start thinking about racing.

"[Maverick] Vinales and [Alex] Rins are very fast. Then there is [Marc] Marquez, there is [Valentino] Rossi, but I hope that the surprise for everybody will be Danilo.

"I am the only one who did a [full] race simulation, I discovered a bit the cards I have, and I'm ready to play them. I have to fight for the podium."

Petrucci goes into the 2019 campaign knowing he must earn an extension to his one-year factory Ducati deal, and faces competition from Pramac duo Jack Miller and Francesco Bagnaia to keep his ride in 2020.

"I was in the lead [on the final day of testing] when I used my first tyre, but I have to be there at the front if I want to stay here for the next years," Petrucci added.

"This has to be my level, but I must also do more, because this year our rivals are very strong: the Yamahas, the Hondas, and also Suzuki.

"There will be at least 10 riders able to fight for the podium." 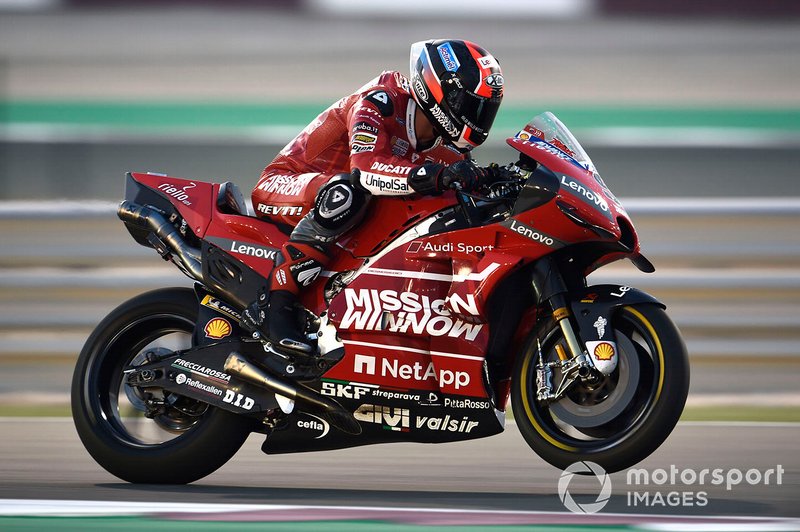