Crutchlow 'would've passed Vinales' if podium was at stake 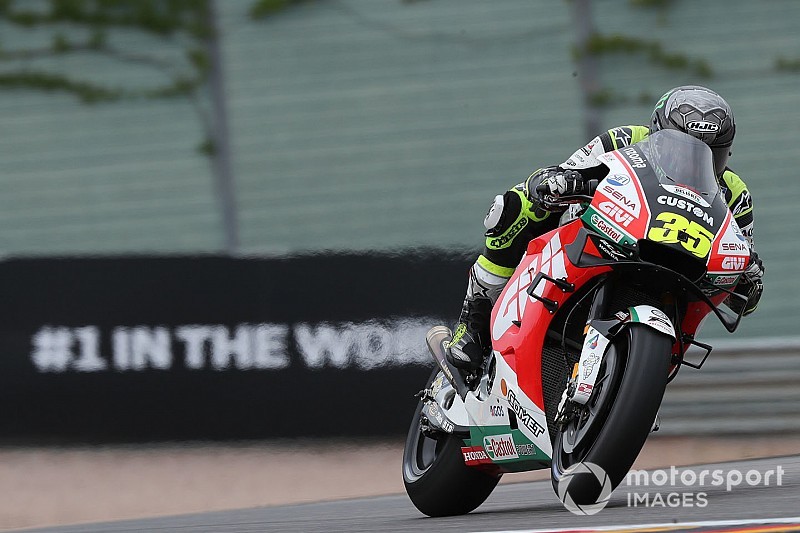 Cal Crutchlow is convinced he would have passed MotoGP rival Maverick Vinales in their late German Grand Prix battle if a place on the podium had been at stake.

LCR Honda rider Crutchlow scored his first podium finish since the Qatar season opener as he came home third at the Sachsenring, despite fracturing his tibia in the run-up to the weekend.

The Briton admitted the fact he was then running in a podium position took away the impetus to try and beat Yamaha rider Vinales, whom Crutchlow conceded rode "really well".

“Honestly speaking, taking nothing away from Maverick, I felt I had a better pace,” said Crutchlow. “But I didn't need to pass. I was already in third, a podium position.

“I would've put a lot more pressure on Maverick and I would've passed him if Rins hadn't gone down, because I wanted the podium, and I was willing to take the risk today to be on the podium.

“But we were catching Rins anyway, and once he went down it was quite an easy podium. At one point we had nine seconds to the guys behind, which is a really strange race around here.”

Crutchlow had been closing on Vinales but suffered a major moment at Turn 10 on the penultimate lap, which convinced the Briton not to push his luck any further.

"With five laps to go he went a little bit, I caught him back up and I thought I would pass him on the last two laps," continued Crutchlow. "But it didn’t happen like that, and I thought on the last lap ‘he can have it’, which is not like me.

"The tyre was gone, I leant the bike over and I lost the rear. I needed a run down Turn 11, because I knew I could pass him at the bottom of the hill if I got the run.

"I tried to come on him fast but I just made the mistake myself."

Vinales' second-place finish followed his victory last time out at Assen, and moves the Yamaha rider up to fifth in the points, ahead of works teammate Valentino Rossi.

The Spaniard admitted he had harboured hopes of challenging Marquez in the early laps, but nonetheless described his finishing position as "incredible" after "closing all the doors" on Crutchlow throughout the second part of the race.

"I was worried about Cal, I heard his bike for the last 20 laps," recalled Vinales. "I tried to save the tyre, ride in a good way. I made a few mistakes but I’m really happy.

"We need to understand what we did good this weekend because somehow we were the first Yamaha and to be on the podium is really nice.

"To finish the first part of the season first [in Assen] and second [here] is amazing." 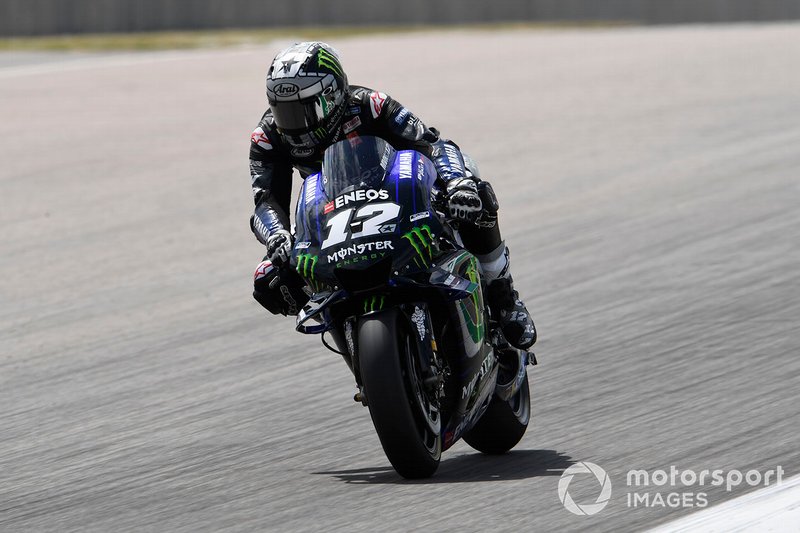 Rins had "no warning at all" about Sachsenring crash