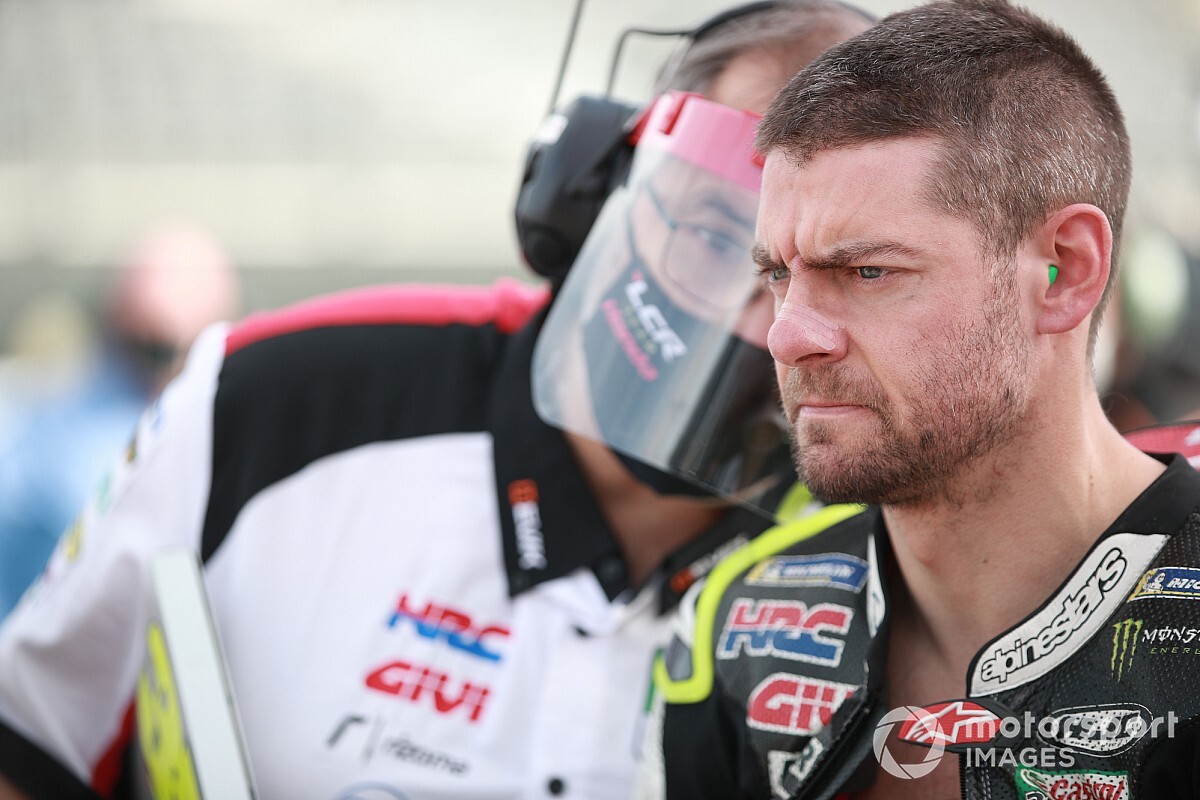 LCR Honda MotoGP rider Cal Crutchlow has revealed he broke a ligament in his shoulder during last month's Teruel Grand Prix at Aragon.

Crutchlow said immediately after the Teruel race he felt a "snap" in his right shoulder early on in the grand prix, though still managed to finish in 11th.

He underwent a scan after the race, which revealed the ligament damage, and he won't know how the injury will impact his riding until FP1 on Friday morning for the European Grand Prix.

"I had a scan on the shoulder straight after the race and it confirmed what I said at the last race that I definitely snapped something in my shoulder," Crutchlow said when asked by Motorsport.com what the diagnosis of his scans were.

"Unfortunately, the ligament has broken and how that damage is won't be apparent until I ride, as in what I'm feeling.

"Obviously, we can see from the scans and the doctors can see it and will assess the situation after the season to see how it is. But we'll see, obviously it was painful then.

"The last week it was not too bad at all, in the last two days it's been really cold at home and it just started to ache a little bit.

"My usual week is I see my girls, ride my bicycle and visit hospital. So why should I change it?"

This weekend's European GP marks the beginning of Crutchlow's final run of races as a Honda rider, before Alex Marquez takes his place at LCR in 2021.

It is understood Crutchlow has a pre-agreement in place with Aprilia to join Aleix Espargaro next year, though the Italian marque is still publicly standing by Andrea Iannone while he awaits for a decision on his 18-month doping ban being overturned.

With Iannone's Court of Arbitration for Sports hearing having taken place last month, a decision is expected by mid-November.

But Crutchlow once again remained tight-lipped when asked if there had been any movement with Aprilia over his MotoGP future.

"It's a difficult question to answer because there's no point to even continue to talk until our Maniac [Iannone], they decide what's happening with him," Crutchlow said.