Long-time Moto2 squad Kiefer Racing has been informed it will not be granted a slot on the grid for the 2020 season.

The German team downsized from two bikes to one at the start of the 2018 season, following the tragic loss of team co-founder Stefan Kiefer on the eve of the 2017 Sepang weekend.

Kiefer's brother Jochen has run the team alone since then, with rookie Lukas Tulovic piloting the squad's solo KTM this season.

However, ahead of last weekend's Brno race, Kiefer was told there would be no place for his operation on the 2020 grid - ending a continuous presence in grand prix motorcycle racing stretching back to 2003.

"On Saturday morning I had an appointment with [IRTA boss] Mike Trimby and [Dorna Sporting Manager] Carlos Ezpeleta," Kiefer told Motorsport.com. "They told me they couldn't give me a place next year.

"The grid should be reduced from 32 to 28 riders, and I'm part of this reduction. They didn't offer me any option [to stay] at all. They made me unemployed."

Kiefer said being a German outfit likely disadvantaged him in the battle to remain part of the series against rival Italian and Spanish squads.

"There aren't many German teams in the paddock," he continued. "It mainly consists of Italian and Spanish teams, some of which work dubiously - but I don't want to name names.

"The small, down-to-earth companies get a punch in the face."

Kiefer added that his rider Tulovic was "completely bummed" by the news when he was informed after qualifying in last weekend's Brno round.

"He crashed in the race but he gave everything and wanted to show that it was a mistake for them to throw us out," said Kiefer. "It will be difficult for Lukas to get a place somewhere [else], because most Moto2 places are already taken."

Kiefer's greatest success came when it took now-Honda MotoGP tester Stefan Bradl to the 2011 Moto2 title (pictured below), and four years later it won the Moto3 riders' crown with Danny Kent under the 'Leopard Racing' banner.

Bradl, who took part in the Czech GP as a replacement for the injured Jorge Lorenzo at Repsol Honda, lamented the team's demise.

"That makes me sad, because I know the guys," said Bradl. "With the loss of Stefan two years ago it was very difficult. I'm out of words and don't know what to say.

"The love they have for this paddock and this sport is so high. Jochen got through these difficult times when he lost his brother. I don't know the reasons behind it, I just feel sorry for them." 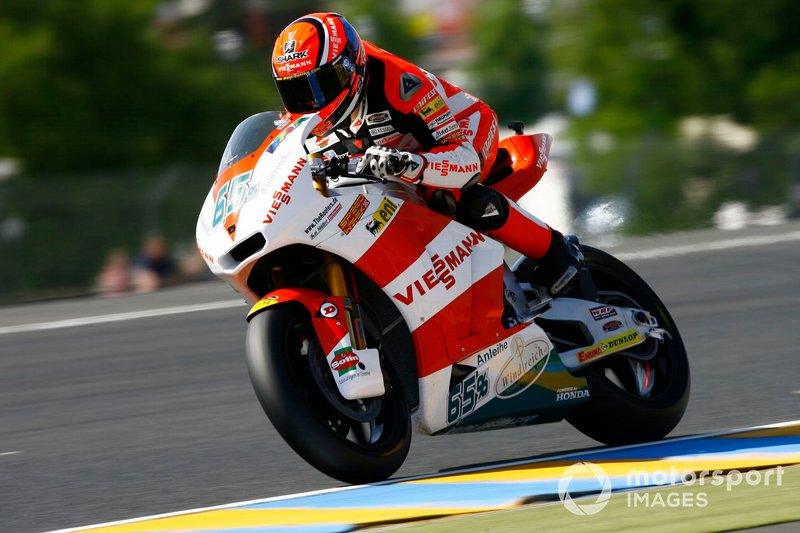