The DragonSpeed LMP1 team will race in the iconic colours of oil company Gulf in this weekend's Le Mans 24 Hours.

DragonSpeed's customer Gibson-powered BR Engineering BR1 will be making its swan song outing at La Sarthe, as the American outfit switches its primary focus to its fledgling IndyCar programme for 2020.

During scrutineering on Monday, the #10 machine was revealed in the striking light blue-and-orange colours made famous by Gulf in the 1960s and 1970s.

DragonSpeed joins fellow LMP1 outfit Rebellion Racing in competing at Le Mans in a special livery, after the Swiss team revealed a pair of garish neon-themed designs on Sunday. 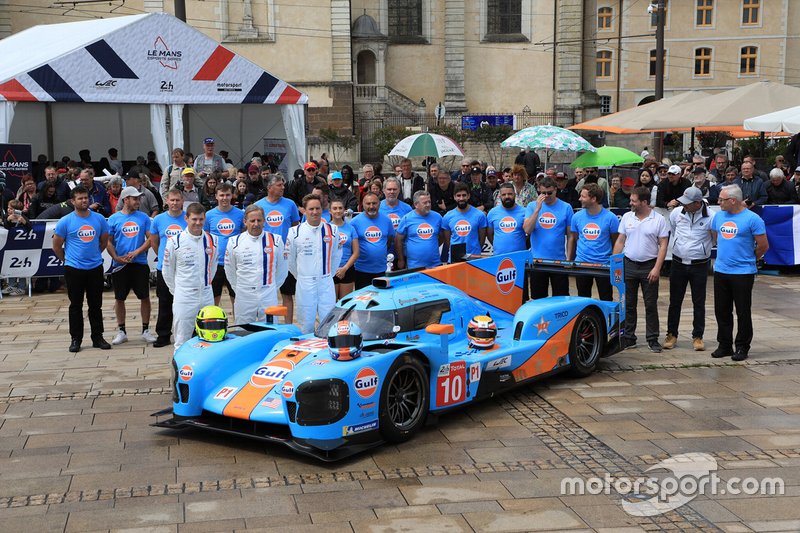 Le Mans will mark the conclusion of a torrid season for DragonSpeed, which has registered only two finishes in the five races it has started - coming home 11th overall at Silverstone last year and then sixth at Shanghai, its best finish of the 2018/19 campaign.

The team withdrew its LMP1 from the previous WEC race at Spa due to being unable to source the spare parts it needed to resolve the problems that prevented the car from finishing at Sebring.

Hanley, who shares driving duties at Le Mans with Renger van der Zande and gentleman racer Henrik Hedman, said that merely finishing at La Sarthe would represent an achievement in light of the issues the team has faced all season.

"It’s no secret we’ve had a lot of issues on the electronic side of things, which have been the main issue for the programme," Hanley told Motorsport.com. "All the issues seem to arise from electrical issues, we’ve struggled to get on top of that.

"We’ve been working tirelessly to fix the faults, but every time we fix one we find another one. It’s been challenging that respect and what happened at Spa last year [with Pietro Fittipaldi's heavy qualifying crash], having to get a new car, that delayed everything.

"It’s been a challenging year, so we’re just looking to have a solid run at Le Mans and end on a decent note. First and foremost is finishing the race, getting the car in a happy window, trying to get it reliable."

Hanley said Shanghai was the only WEC round where DragonSpeed has enjoyed a largely clear run so far, and that its pace at the Chinese track can give it some optimism heading to Le Mans.

"At Shanghai we were pretty competitive, and at Sebring considering the issues we had with the electronics, we were happy with the pace," Hanley continued.

"Unfortunately at Sebring, we had issues in every session, we thought we’d managed to get on top of them for the race, and then literally as the pitlane opened, as we went onto the grid, the issue was still there. I think we ran for six hours with gearshift problems.

"We were happy with the performance of the car but these electrical issues keep holding us back considerably. It’s really masked our potential." 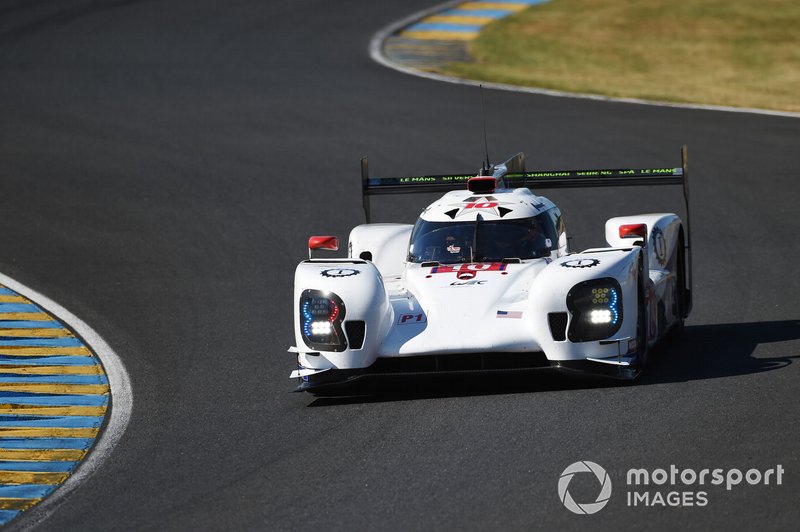