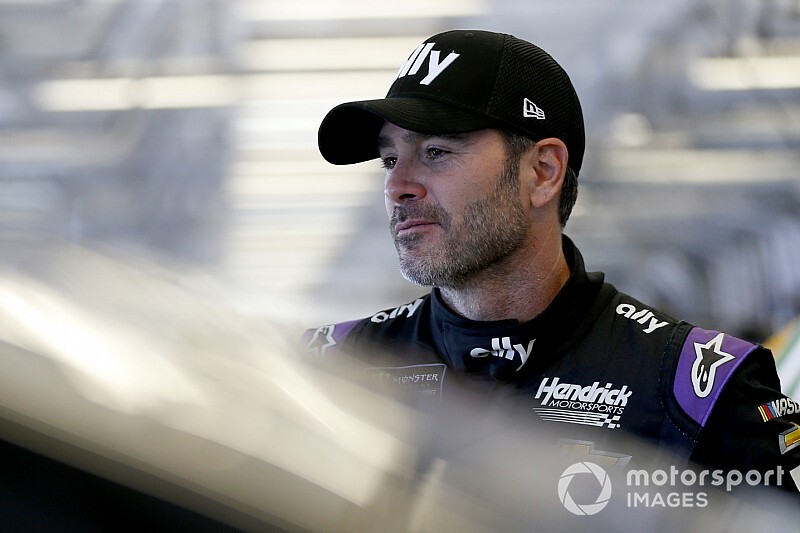 Seven-time NASCAR Cup champion Jimmie Johnson has confirmed that he wants to race an IndyCar but admits that the time for him competing in the Indianapolis 500 “has passed.”

With Johnson having tested a McLaren Formula 1 car last year in a car-swap with then-F1 driver Fernando Alonso, and McLaren becoming partners with Arrow Schmidt Peterson Motorsports for 2020, the 83-time Cup race winner appears to have made the right connections to gain open-wheel racing experience.

Further enhancing his chances is the fact that the newly named Arrow McLaren Racing SP team is switching to Chevrolet power for next season. In all 643 of his NASCAR Monster Energy Cup races stretching back to 2001, all 93 Xfinity races and even his one-off Truck race, Johnson has raced a Chevy.

Two weeks ago, on Dale Earnhardt Jr.’s podcast, Johnson admitted that his McLaren test had reignited his passion for open-wheel racing and hinted it might be in his future.

However, today he told Motorsport.com that there are no plans for it happening 2020, and that his focus was on winning again, after a two-year absence from Victory Lane.

“I don’t have any plans on running any IndyCar races next season,” said Johnson. “Running in IndyCar is certainly on my bucket list, and hopefully I’ll get an opportunity to do it one day.

“I’m focused on NASCAR and the 48 team and getting it back to where it needs to be.”

Interestingly, Johnson, unlike many of his peers who have hinted they would like to do IndyCar’s Indy 500 and NASCAR’s Coke 600 in the same day – as per Kurt Busch in 2014 – is more interested in road racing. However, that appears to have nothing to do with the safety aspect of driving an open cockpit car on superspeedways, although he appears to approve of the aeroscreen concept.

Johnson commented: “I’ve heard about the aeroscreen and I’m interested in learning more about it.  Anything we can do to increase the safety measures to protect the drivers is always a good thing.

“As far as the Indy 500 is concerned, I’ve had a couple of different opportunities over the years and I think [the chance of] running the Indy 500 has passed for me.

“Hopefully someday down the road I’ll have the opportunity to race a road course in an IndyCar, but right now my attention is on the Cup program and the No. 48 team.”

Asked if he would be interested in running Johnson in an open-wheel car, McLaren CEO Zak Brown told Motorsport.com, “Yes. Jimmie was very impressive in our F1 car and I’ve no doubt he would be competitive in an IndyCar. Given the opportunity we would be keen to run him in some F1 races…

Mark Kent, GM's director of motorsport competition, added: “Jimmie Johnson has been and remains an excellent ambassador for Chevrolet, and we are proud of his NASCAR accomplishments.

“Should he want to explore participation in another form of motorsport, those discussions and decisions would be between Jimmie and the teams involved.”