Colin Braun set the pace for Acura in the opening official practice session of the reborn GTP era of the IMSA WeatherTech SportsCar Championship at Daytona.

Braun lapped the 3.56-mile road course, which hosts the 61st Rolex 24 Hours next weekend, in 1m35.635s to top the timesheet in the opening session of the three-day ‘Roar Before The 24’ event in the Meyer Shank Racing Acura ARX-06.

Three of the four GTP manufacturers headed the times at some point in the thrice-interrupted 90-minute session, and Acura, Porsche and BMW were separated by only 0.173s.

Braun reset the P1 bar with 1m35.635s with just over half an hour remaining, 0.141s ahead of Nasr, which stood as the fastest time of the session. Taylor was third, ahead of Yelloly, Matthieu Jaminet (in the #6 Porsche) and Eng.

Cadillac Racing kept its powder dry in this session, with the Chip Ganassi Racing V-LMDh cars over a second off the pace in seventh and eighth, Earl Bamber in the #02 ahead of Sebastien Bourdais in the #01, while the Action Express Racing version only managed four installation laps in Pipo Derani’s hands.

In LMP2, Alex Quinn set the pace in PR1/Mathiasen’s Oreca, 0.184s faster than Oliver Jarvis aboard the Era Motorsport entry. Scott McLaughlin quickly got to grips with Tower’s LMP2, the IndyCar star rising to third, four tenths off the class pace.

There was an early red flag for the #17 AWA Duqueine of Nicolas Varrone, which expired in a cloud of steam on its first attempted flying lap. That was followed by another stoppage when the #74 Riley Ligier of Felipe Fraga ground to a halt at Turn 7. 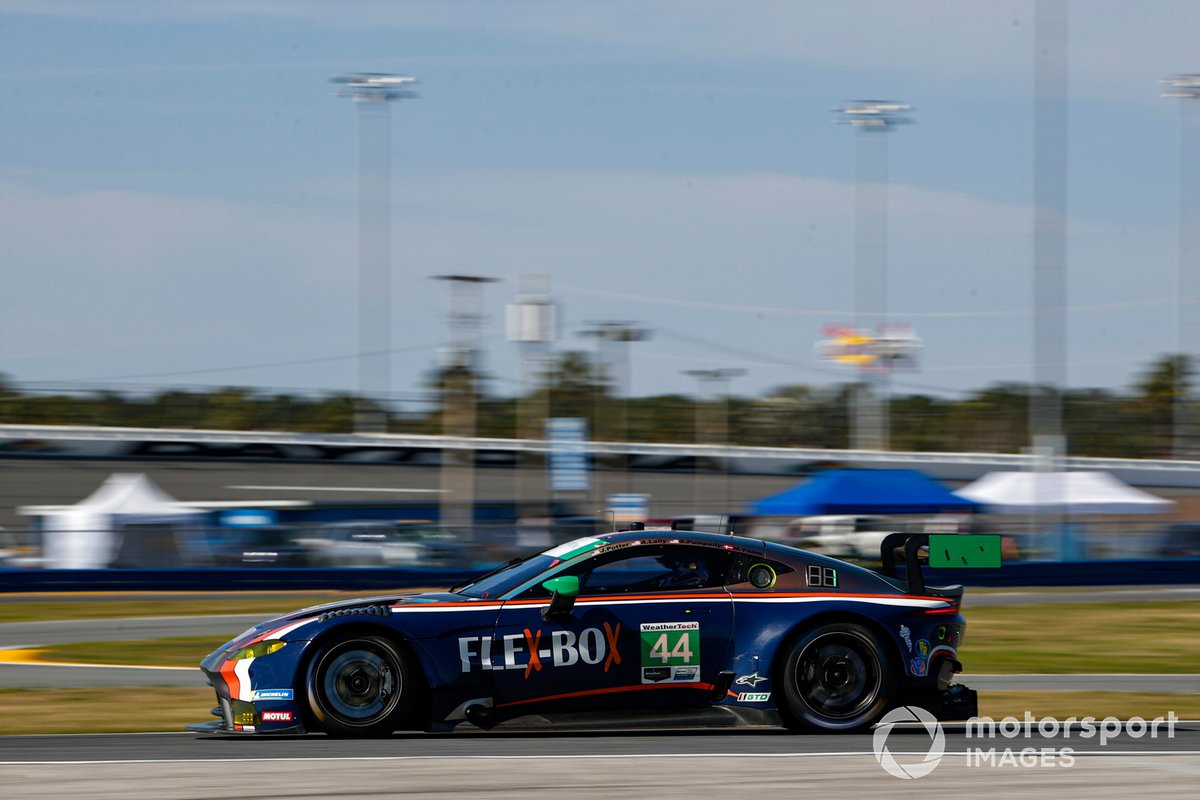 Jack Hawksworth was the best of the rest in the Vasser Sullivan Lexus RC F, ahead of the Racers Edge Acura NSX of Kyle Marcelli.

The third red flag of the session was caused by Jordan Taylor’s Corvette C8.R stopping at Turn 8 with a loose wheel.

There are four more practice sessions over the coming two days, before qualifying for the Rolex 24 Hours takes place on Sunday at 13:25 ET. Second practice today starts at 16:15 ET.