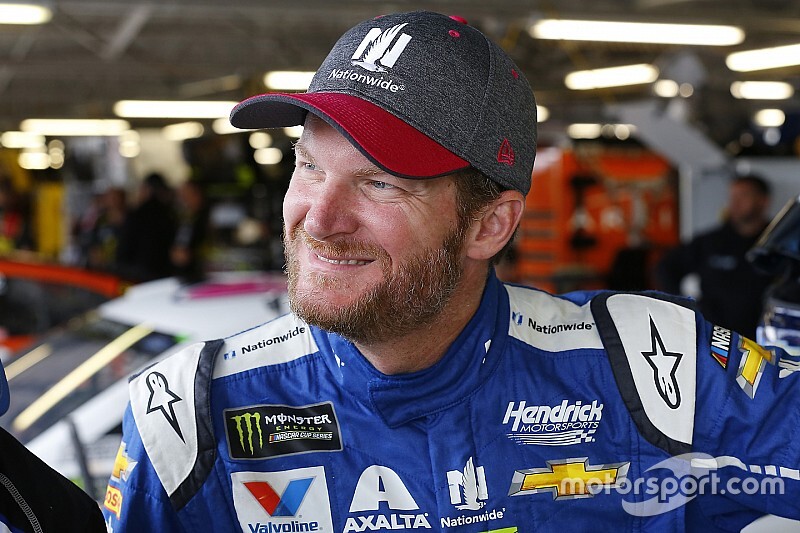 Dale Earnhardt Jr.’s first attempt at a virtual IndyCar Series race will at least come on some familiar territory.

The NASCAR Hall of Fame nominee received an invite this week to take part in Saturday’s virtual race at Michigan International Speedway, part of the IndyCar Challenge.

While Earnhardt has little to no experience competing either in real racing or virtual racing in IndyCar, he has made plenty of real-life starts at Michigan, which is not currently on IndyCar’s real schedule.

Earnhardt, 45, had two career victories and eight top-five finishes in 36 career starts at Michigan in the NASCAR Cup Series.

Earnhardt, an avid sim racer, has been competing in several televised and/or live-streamed events as of late including the popular Pro Invitational NASCAR Series, finishing as high as second at the virtual Homestead-Miami Speedway.

“I haven’t put much time on the IndyCar, and obviously have no real-world experience, so there's a lot of learning and trying to understand why the car reacts the way it does and what creates those issues because some of them are realistic and some of them may be because of the sim or the tire model of the sim,” Earnhardt said Friday.

“I’m just trying to understand how to stay out of trouble. Keep yourself out of trouble was what (Thursday’s) practice was about, and I’m looking forward to … practicing some more with these guys.”

IndyCar races at the 2-mile Michigan International Speedway can produce prolonged three-wide racing, something which is rare for NASCAR at the track.

“Three-wide seems to be real common in the IndyCar,” he said. “Not only are you worried about the guy beside you, whichever side he’s on, and the run you’re trying to create off the car in front of him, the run the guys have behind you, but most of the time you might have two guys beside you, you get boxed in real easy.

“I definitely don’t want to be the one to start any crashes. I’m the new guy. It definitely is – I’m a fish out of water. Just being able to shift gears and have gear selection while you’re drafting and trying to understand how to produce opportunities using that is really foreign to me.

“So, I’m learning on the fly. All these guys have been really helpful, the ones I’ve reached out to have been very supportive, and it’s a good group.”

The race will be broadcast beginning at 2:30 p.m. ET on NBC Sports Network. Earnhardt will drive the No. 3 Chevrolet with sponsorship with longtime partner Nationwide Insurance.