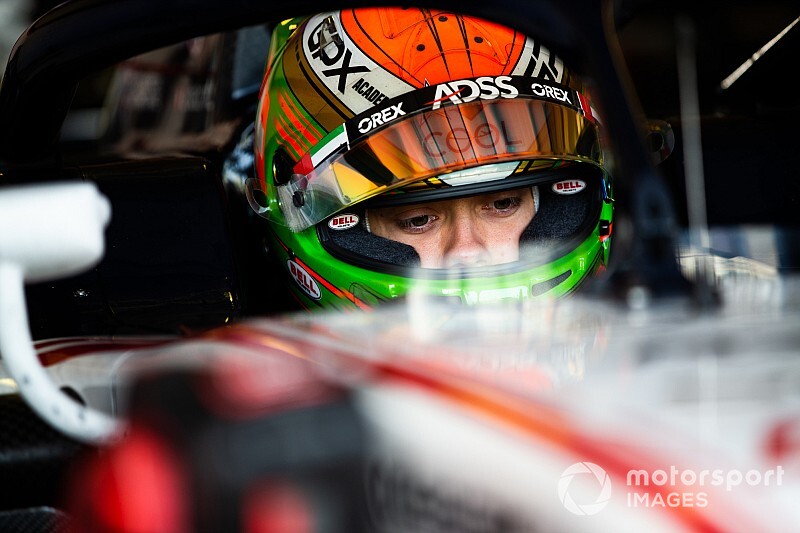 Louis Deletraz will return to Charouz Racing in Formula 2 for 2020, and has also been linked to a Rebellion LMP1 seat for the Le Mans 24 Hours.

Brazilian driver Pedro Piquet, who tested alongside Deletraz on the post-season running at Abu Dhabi, has also been confirmed at the squad.

Deletraz finished eighth with Carlin and took three podiums in his third year of Formula 2, having spent a year with Charouz in 2018.

Charouz became the Sauber Junior Team for 2019 but will return to its former name for next season.

The 2016 Formula V8 3.5 runner-up and 2015 Formula Renault Northern European Cup winner Deletraz told Motorsport.com: "I think this year Charouz showed a lot because in the last five races they were in the top three in qualifying, with one pole and always a fast car.

"I'm confident going back there because I know them, I've seen the progress in testing and there was big, big progress between 18 and 19."

Deletraz – who has a much sought after superlicence – added that he still believes F1 outings are possible in the future, having spent 2019 assisting Haas in its simulator, although he didn't get any on-track time in a F1 car.

"I always said I would not come back to F2 if there was not a chance to go to F1 after," he added.

"I have no point staying in F2 just to do F2. I have a superlicence, I want to be in F1, so next year has to be good and we will work for it, that's for sure."

Deletraz tested the Rebellion LMP1 car in the WEC test at Bahrain last weekend, and told Motorsport.com a tie-up with Rebellion and Charouz would be the "perfect programme".

The test was his first prototype experience, although he raced in ADAC GT Masters in 2016 when he was part of the BMW junior programme.

"If I can do the Spa WEC round and Le Mans together with F2, that would be the perfect programme for me," Deletraz told Motorsport.com.

"With the new LM Hypercar class coming, it is a good time to get involved in the WEC. We are talking to Rebellion and that's why I was testing here at Bahrain."

Rebellion team manager Bart Hayden said Deletraz is under consideration for a seat in the second car that will be fielded at Spa and Le Mans, but stressed that no decisions had been taken.