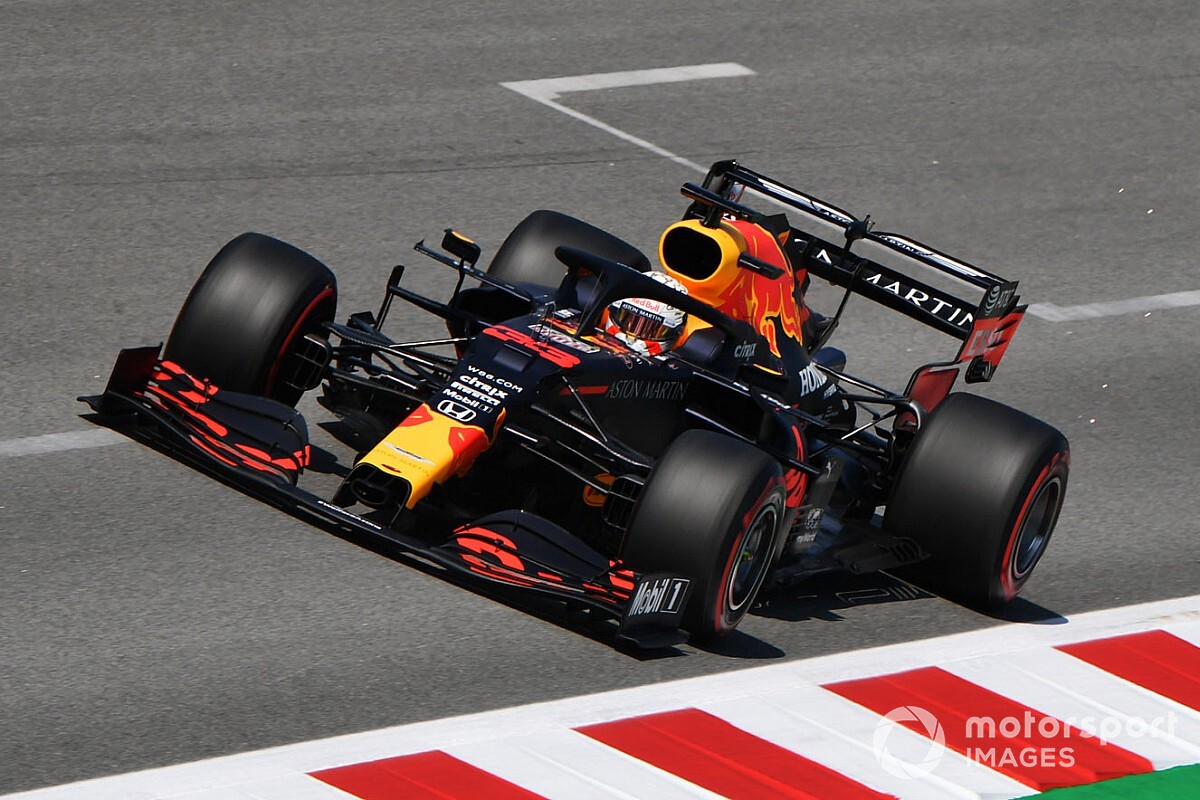 Mercedes swept to a front row lock-out in qualifying at the Circuit de Barcelona-Catalunya on Saturday as Lewis Hamilton beat teammate Valtteri Bottas to pole position.

But the team remains wary of the threat posed by Red Bull after Verstappen won last weekend's race at Silverstone when both Mercedes cars struggled with tyre management.

The long run pace shown by Verstappen on Friday in Spain also pointed to a close battle at the front despite the 0.7-second gap in qualifying.

Wolff explained that although Mercedes was not experiencing the same kind of tyre blistering in Spain as it did last weekend, Verstappen's showing over the race simulations on Friday made him the man to beat.

"The only similarity between Silverstone and Barcelona this week is the ambient and the track temperatures," Wolff said.

"The track itself is very different, so we don't expect the same blistering issue like in Silverstone, but nevertheless, [there will be] more degradation and more overheating.

"I believe that Red Bull masters those conditions very well. Nevertheless, I think the work that has been done during the week and from yesterday to today was good.

"We have improved and that is most important. I hope we can give him a run for his money. Definitely Max needs to be seen as the favourite, based on yesterday's long runs."

Red Bull was able to beat Mercedes at Silverstone after starting Verstappen on the hard compound tyre, allowing him to complete a longer opening stint than either Bottas or Hamilton, who ran on mediums.

But there was no repeat of the contra-tyre strategy from Verstappen in qualifying on Saturday as he stuck to the softs.

Wolff said Mercedes had no concerns about using the softs in the race, believing that qualifying on mediums would not have offered a great benefit.

"In the end, nobody opted to start on the mediums because the soft looks like a pretty good tyre," Wolff said.

"It doesn't bring a lot of advantage to not start on the soft unless you are out of the top 10."