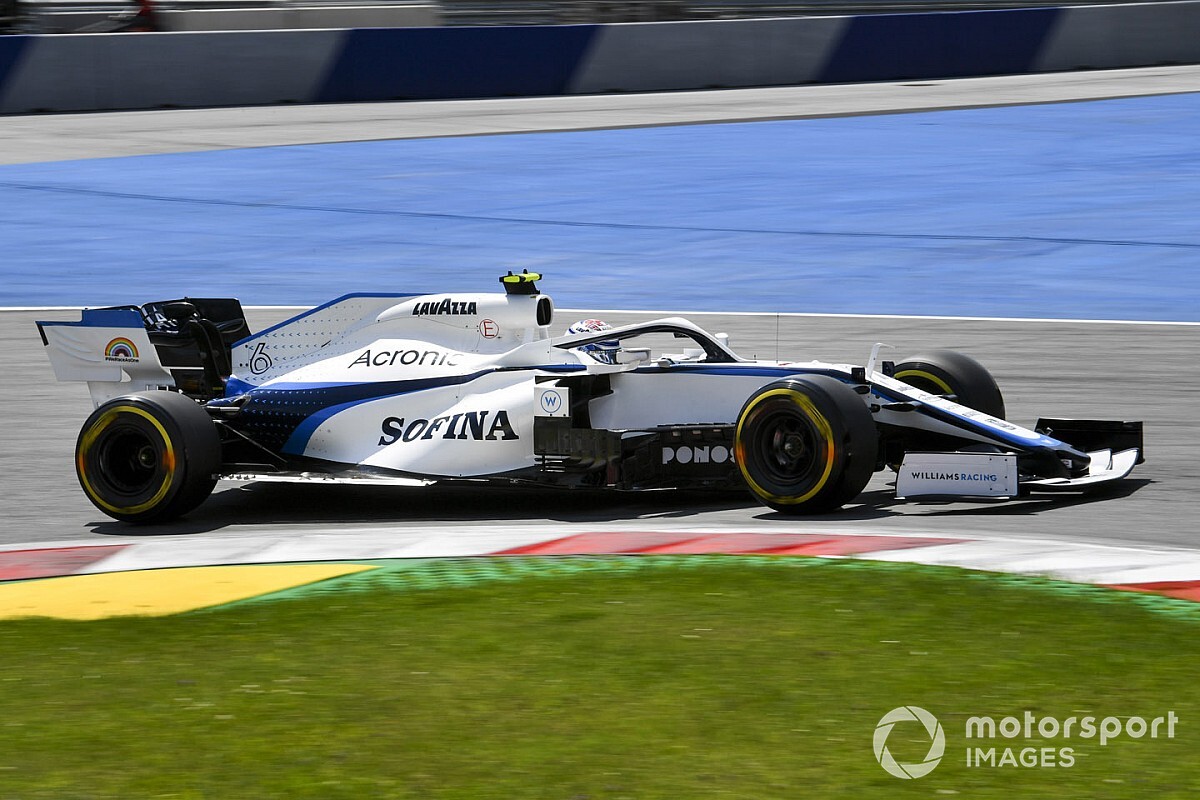 Williams formally announced at the end of May that it is actively looking for new investors, and would even consider an outright sale of F1's third oldest team.

F1 boss Ross Brawn said last month that "serious people" were looking at the team, and that he was optimistic about the chances of a deal being concluded.

Nicholas Latifi's father Michael, who earlier this year agreed to provide the team with a loan to help get it through its cash crisis, is understood to be among those who are considering a stake.

Williams says that the process of assessing the various options is ongoing.

"We're happy with the process and how it is going so far," she said. "We have received a number of very interesting potential investors, and we're talking to those at the moment. They are high quality, which we're delighted about.

"And we continue to go through that process at the moment. As we said at the start of it we anticipated that it will last anywhere from three to four months, and we're still on that timeline at the moment."

Williams also insisted that an outright sale still hasn't been ruled out yet.

"The parameters haven't changed. As everybody knows, Williams is a listed company, we have to operate as per the takeover code and panel, and the guidelines that the dictate, that's why the strategic review process is as it is.

"We're looking either for investment into the team, the divestment of a minority or a majority shareholding, or a full sale.

"We're still thinking along any of those lines. The options are available to us, and it will be the board's decision as to the best option that is put on the table."