McLaren outcast Stoffel Vandoorne says doubters are too quick to pass judgment on Formula 1 drivers from one race to another.

Vandoorne will lose his McLaren seat in 2019 to rookie Lando Norris, on the heels of two seasons in which the Belgian has struggled to match the performances of his two-time world champion teammate Fernando Alonso.

His struggles have been in sharp contrast to his glowing junior single-seater CV and his impressive F1 debut as stand-in for Alonso in Bahrain two years ago.

Speaking to media during the Italian Grand Prix weekend, before the McLaren 2019 announcement was made, Vandoorne said: “I know my talent, what I've done in the previous series and I don't have any doubt on myself.

“I think it's maybe more people around that have any doubts, and you know how it goes sometimes.

“You have one bad weekend and suddenly you're the worst driver on the grid, and the next day you have a great race and you're the superstar.”

Vandoorne's options to remain in F1 are hazy, although McLaren CEO Zak Brown has suggested the Belgian would be a perfect fit for Red Bull's junior team Toro Rosso.

Haas driver Kevin Magnussen, who was himself dropped from McLaren after the 2014 season but found a way back on the F1 grid, backed Vandoorne to recover from his current situation.

“It’s difficult and then I don’t think there’s any good advice, really. He knows what he’s got to do,” said Magnussen in Monza of his former Formula Renault title rival Vandoorne.

“Personally I think he’s very talented and capable so I think he’s just got to try and find the best in himself, that he knows he can do it.”

Asked whether Vandoorne would benefit from a fresh start with a different F1 team, Magnussen said: “I can only say that it was good for me to get a fresh start and to come somewhere that really supports you. 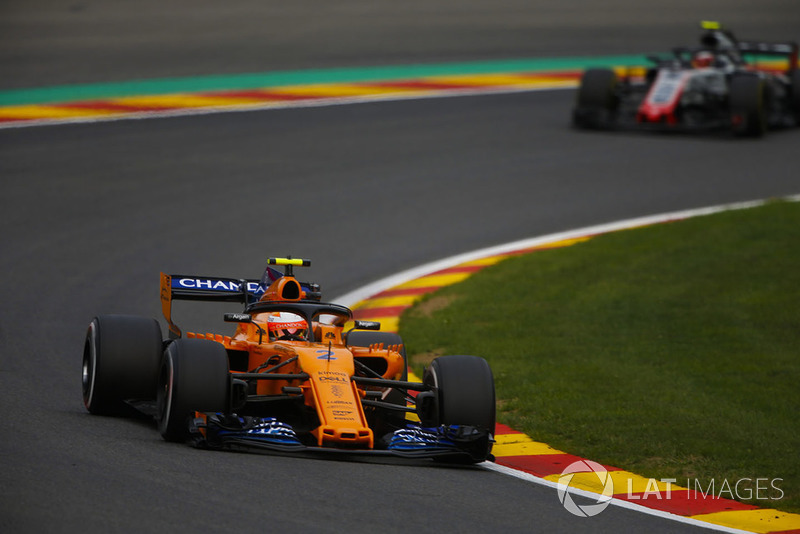