Sainz: All midfield drivers frustrated by F1 not airing battles 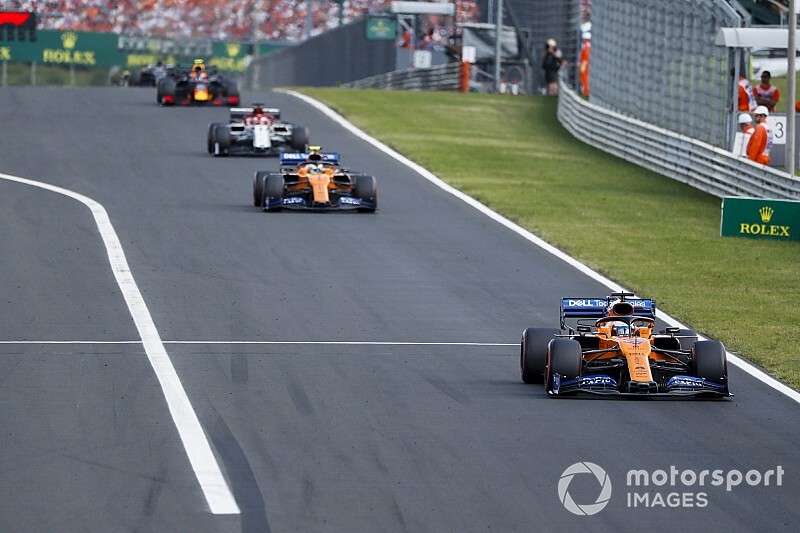 A frustrated Carlos Sainz has criticised Formula 1’s television direction over the lack of airtime midfield teams receive and thinks drivers will “take action” over the issue.

Sainz was part of a four-car battle for 11th on the final lap of last weekend’s Singapore Grand Prix, a fight that was not included in the world feed as the TV coverage focused on Max Verstappen holding off Lewis Hamilton for third before switching to race winner Sebastian Vettel.

After a clip of the fight was posted on Twitter with the message “why wasn’t this shown live?” Sainz shared it and said: “Because it had me involved.”

Elaborating on his concern ahead of the Russian Grand Prix this weekend, the McLaren driver said: “I am frustrated about it but mainly also my team should be frustrated about it. For sponsorship deals, if you are not on the live TV feed it’s not a good thing.

“Many midfield drivers have complained about it. It’s not only me. I was talking to a few of them the other day, we can clearly see a few battles they are missing.

“It’s something I’ve been very critical about and something I think every midfield driver has been critical about because we feel like the fans are missing out on a lot of battles in the midfield, many of them you don’t get at the front.”

Another frustration aired by fans has been occasions where key moments are missed live because the TV feed cuts to the reaction of the crowd in the grandstands, or shows a replay.

However, Sainz said the drivers’ focus is on the lack of coverage of the midfield fights, which he has routinely advertised as the blueprint for what F1 should be.

He said the Grand Prix Drivers Association has raised the issue and should “consider” taking action, but accepts there are greater issues for it to focus on as F1 bids to finalise a major 2021 rules shake-up.

“Obviously the GPDA are dealing with bigger matters at the moment as you can imagine, about 2021, things like that, but it is something that has been raised,” he said. “We are probably going to take action in the future.

“But the GPDA has been really busy with other things in the last couple of months.

“It’s something that if 2021 wasn’t around the corner the GPDA would be focusing on.”

When asked by Motorsport.com if McLaren shared Sainz’s concern, team principal Andreas Seidl said: “Yeah, we discussed it in the different working groups which are around.

“For me, it’s simply motivation to work harder. Then we get more airtime if we run further at the front.”

Albon to start Russian GP from the pitlane