Gunther Steiner says Haas cannot give Romain Grosjean a farewell Formula 1 test as it does not have any old cars available, but hopes Ferrari could accommodate a run-out. 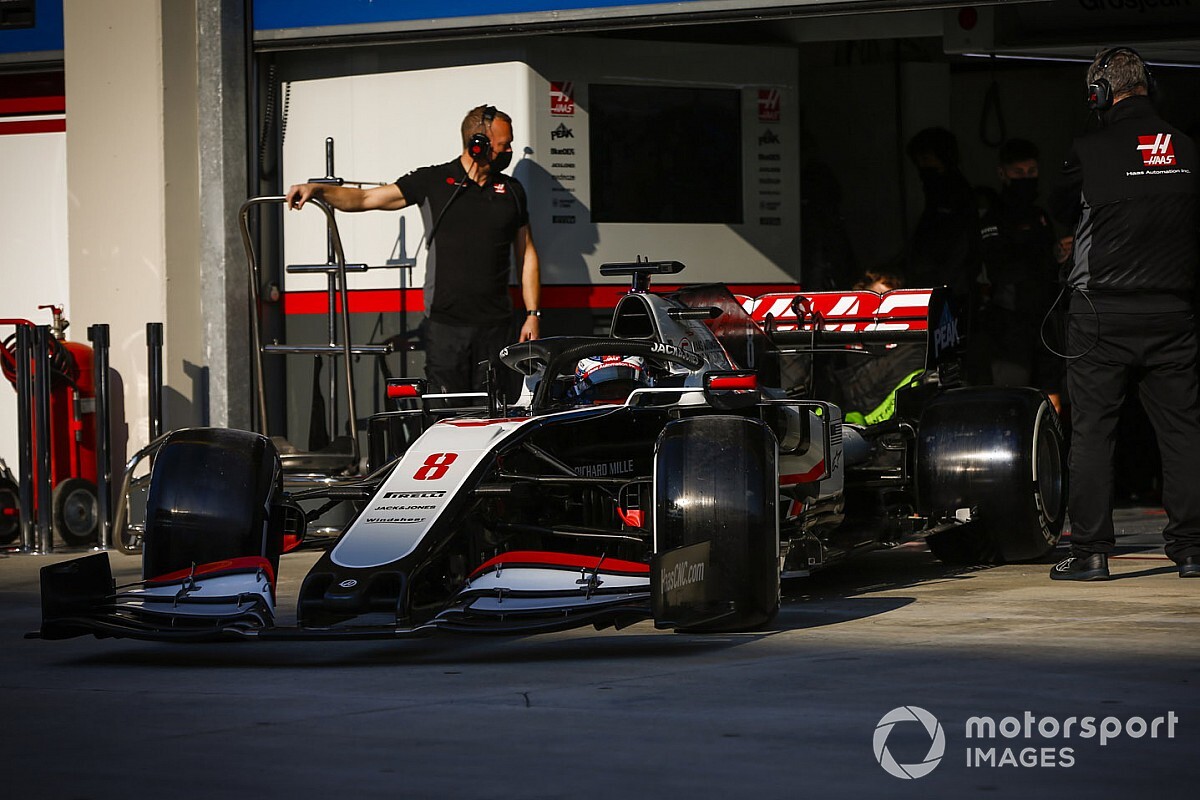 Grosjean has been forced to miss the final two races of the 2020 season due to injuries sustained to his hands in his fiery accident at the Bahrain Grand Prix two weeks ago.

It marked a premature end to Grosjean’s time with Haas, having previously confirmed his exit at the end of the current season, and is likely to have been his final F1 appearance.

Grosjean previously said that if he could not race in Abu Dhabi, he wanted to arrange a private test once recovered to ensure the accident is not his final memory of F1.

But Grosjean will not be able to complete this test with the Haas team he spent five seasons racing for as it does not have any old machinery available and running for him to test.

“We have got plenty of old cars, but they have no engine in it, so we cannot do that unfortunately.

“Maybe in the future we’ve got something, I don’t know. But at the moment, I couldn’t make that promise."

Mercedes has already said it would be willing to arrange a test for Grosjean in one of its older cars if no other team is able to accommodate it.

Steiner hoped that it would be possible to arrange a run for Grosjean for Ferrari - who supplies Haas with engines - at an event in the future, rather than draw in a power unit just for a test in a Haas car.

“It’s more likely to able to talk to Ferrari to have him drive one of their older cars when they do an event or something,” Steiner said.

“That is for sure possible to do. I think that is the easier solution than us preparing a car, because they have got the department which is doing that stuff for customers. We don’t have these resources at the moment.

“Then we’ll decide if he can make a good day of fun out of it, the last day in an F1 car for him.”

Grosjean returned home to Switzerland at the start of the week, where he will continue treatment for burns to his hands that were sustained in the accident.

Once recovered, he would be permitted to test F1 machinery that is at least two years old, meaning he could drive a 2019-spec car from early next year.

Grosjean revealed on Friday that he intended to race in Abu Dhabi with a special helmet design created by his three young children.

“This is the most beautiful helmet I could ever imagine,” Grosjean wrote on Instagram. “It was created by Sacha, Simon and Camille for my last F1 race in Abu Dhabi.

“I will try to give it a ride in the future as it's far too beautiful to stay at home unused!”