Red Bull thinks it would be foolish not to impose team orders on Sergio Perez at this weekend’s Mexican Grand Prix and risk costing Max Verstappen the Formula 1 title.

Perez is gunning for what would be a hugely popular victory in front of his home crowd in Mexico City.

However, with his team-mate Verstappen locked in a close title fight with Lewis Hamilton, Red Bull knows that allowing Perez to lead home a 1-2 could prove decisive in the title outcome.

That is why Red Bull chief Christian Horner says the team would likely need to make the tough call in the event that Perez is leading from Verstappen in the closing stages on Sunday and ask him to move aside.

“You have to understand it's a team sport,” Horner told Sky. “It's a team sport and we're fighting for both the constructors' and drivers' world championship.

“This is one of 22 races, it happens to be Checo's home race, and you'd hate to be in a position that you're asking a driver to do that. But we're going to have to talk about all of these scenarios before the race and have a clear plan going into the race, so everybody knows what the plan and what the objective is.

“The objective here is maximum points. Because at this point in the championship, we can't afford to give a single point away.

"It's a team sport, and everybody plays their role in the team. If we need to maximise our points, we'll need to do that.” 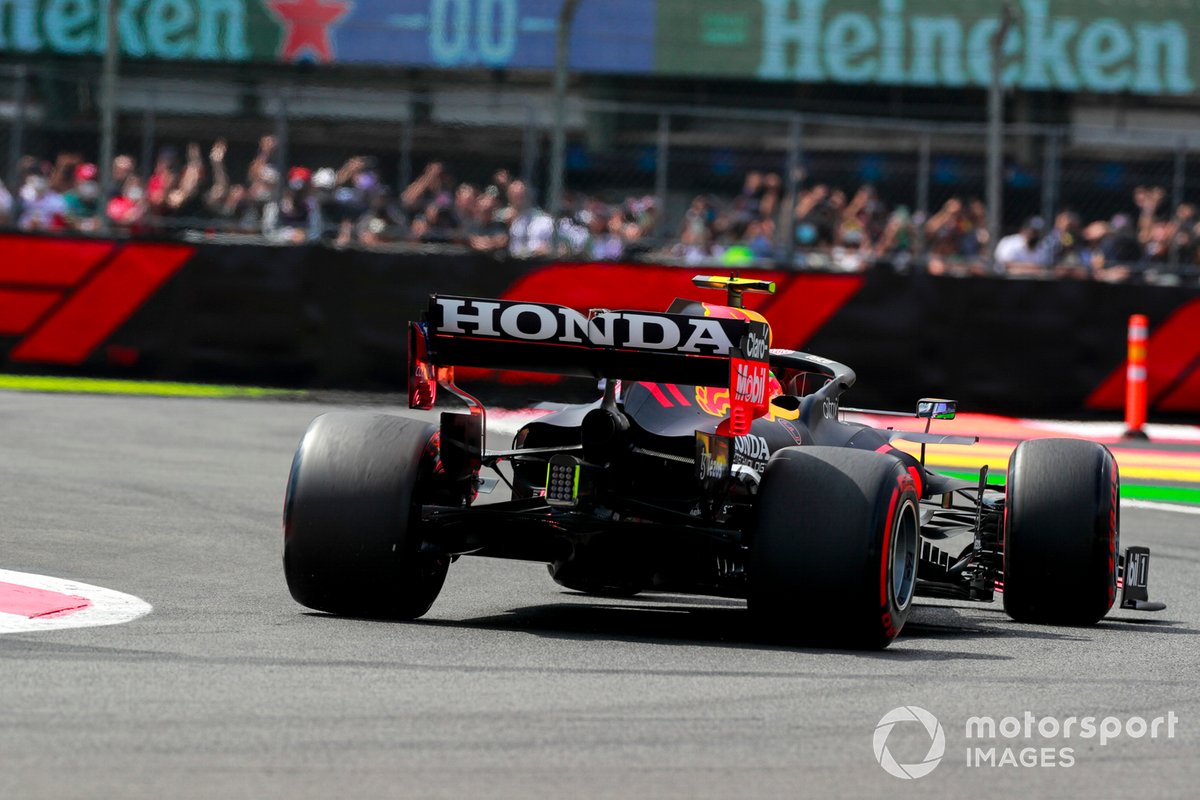 While both Horner and Perez have been clear that there have been no discussions on teams orders in the build up to the Mexico weekend, the matter will almost certainly be brought up in pre-race strategy meetings.

Horner added: “We will certainly discuss these things, as we always do before any grand prix. Sergio knows what his job is and for the team to support his teammate. And it would be a wonderful problem to have.”

With Perez’s pace in Austin a fortnight proving decisive in preventing Hamilton having the luxury of extending his opening stint too much, Horner says he expects the Mexican to be mixing it up the front again here.

“We need him there,” he said. “You saw in Austin, by having Sergio there, it didn't enable Lewis to go longer at that first stint. He couldn't extend it, he needed to pit to cover Checo.

“So strategically, it just buys you more options. And that's what we've been desperate for. So for Sergio to hit a bit of form, now's the perfect time.”

Mexican GP qualifying as it happened