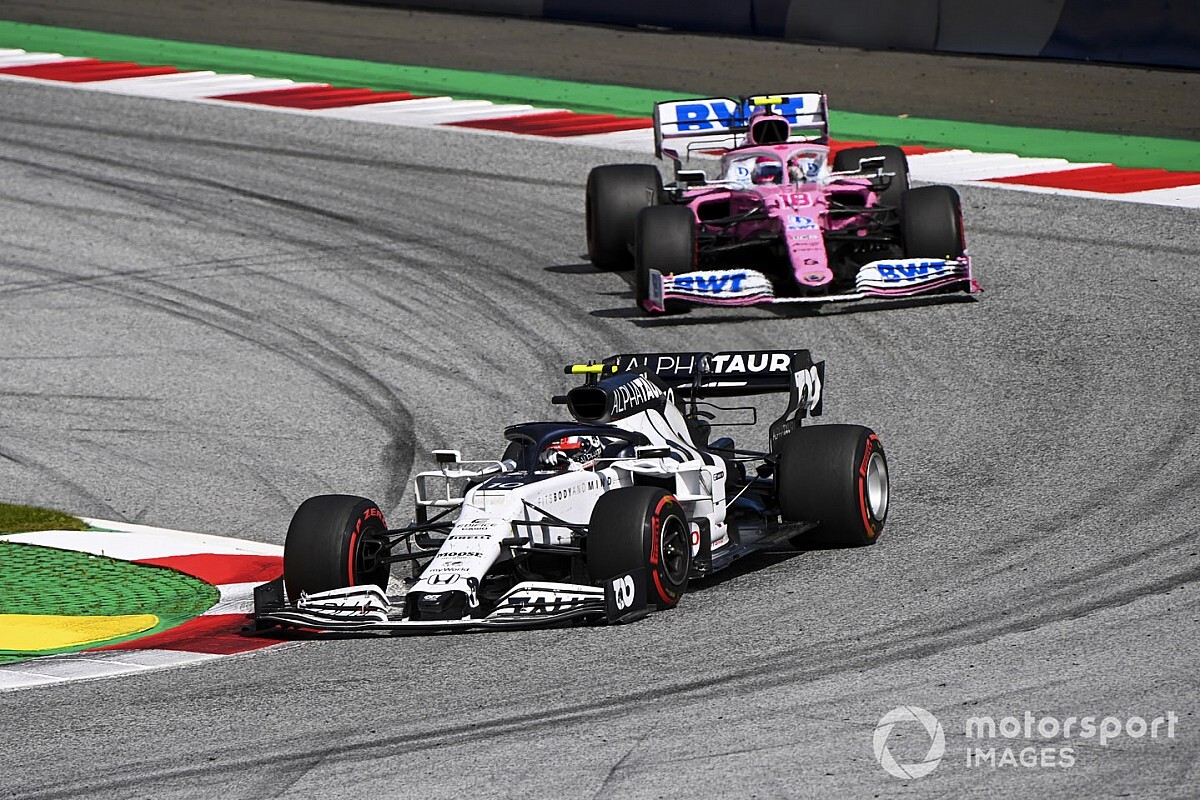 A potential loophole in the FIA's new development token system will allow Racing Point and AlphaTauri to make significant upgrades without deploying tokens, much to the frustration of rival Formula 1 teams.

The loophole slipped through when the teams voted on a large package of measures to deal with the post COVID-19 world, including the lower cost cap.

It has only recently become a source of concern, especially after the potential of the Racing Point RP20 has become clear.

As part of the new freeze on homologated components that runs to the end of the 2021 season, each team has been handed two tokens to deploy on an area of the car of their choice.

In essence, the idea is to allow teams to address a specific issue they have with their current car, and which they would otherwise be stuck with until the end of 2021 under the freeze.

The teams have to notify the FIA next Wednesday of how they want to use their tokens, and then later they have to submit full details of the upgrade plans.

As part of the rules package, if a customer takes a part that its supplying team has deployed tokens on to upgrade, it also has to give up its tokens in order to be allowed to use it.

However, customer teams currently using 2019 parts can upgrade to the original 2020 versions of used by their partner teams without using their own tokens.

The recently revised 2021 FIA technical regulations note that if a team currently using 2019 parts "wishes to upgrade to the 2020 specification for the 2021 season, this change will be acceptable without the use of any tokens".

Racing Point currently uses the 2019 Mercedes gearbox, and as per its original plan it can now take the 2020 version for next year's Aston Martin without using tokens.

It can also take other key elements such suspension and hydraulic, steering and braking systems from the 2020 Mercedes, and yet still be able to use its two tokens on another area of the 2021 car.

Although Racing Point would be getting technology that is already in use on the 2020 Mercedes, the changes would potentially represent a step in performance for the Silverstone team in 2021 from where it is currently.

AlphaTauri is in a similar position, and can also trade its 2019 Red Bull gearbox and other elements to the 2020 spec currently used by Red Bull.

However, Ferrari customers Haas and Alfa Romeo don't have the same opportunity to make a significant 'free' upgrade, as they already use what are essentially 2020 parts or designs supplied by Maranello.

Ferrari team principal Mattia Binotto admitted that it's frustrating that development is so limited under the token system, while other teams can make a step without using them.

"The token system has been put in place ahead of the entire freezing we've got," he said. "I think it was important to have at least two tokens. It's obvious that the system is overall, let me say, a compromise of the current entire situation post-COVID.

"We cannot be fully happy because, if you look where we are as Ferrari, our intention would have been to fully develop, but we understand the point, and I think that's part of, as we often said, part of the season compromises that have been taken during this period.

"And I think, as Ferrari, knowing our situation, we have been assessing it as an act of responsibility towards the entire F1 and the other teams. So that's what we've got. We've chosen our tokens.

"I think that the only point on looking at next year, on which we are still debating, I think we are not fully happy that there are teams that eventually can upgrade their entire package from a 2019 to a 2020 package.

"That I believe would be unfair, because the season with two tokens is similar for everybody. We've got only two tokens, and everybody should be limited to that one."

Renault executive director Marcin Budkowski supports the token system in principle, but agreed with Binotto regarding the loopholes.

"It was a necessary evil to be able to continue in this situation and part of the freeze decision for next year," he said. "So, we're happy with the system. We're still looking at where best to spend them. We still have a few days and a few opportunities that we need to choose between.

"But I will also support Mattia's view that the system has some flaws, unfortunately. There's a loophole there that would allow a couple of teams to benefit from the system, and this is something we're discussing with the FIA and the other teams, and we hope will be addressed."