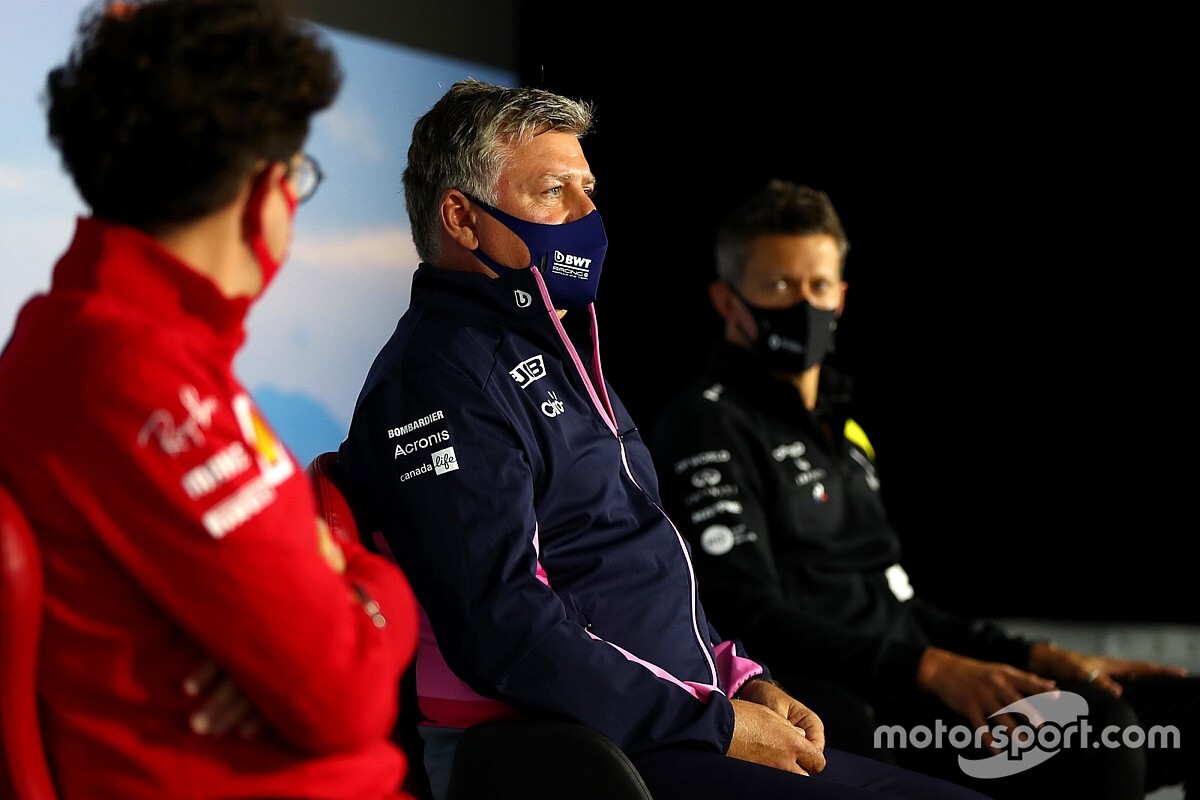 The FIA is anticipating that the Renault Formula 1 team will submit another protest concerning Racing Point’s brake ducts after the Hungarian GP – and indeed after every race until the matter is concluded.

Renault launched a protest against the cars of Sergio Perez and Lance Stroll after the Styrian GP, in which the Racing Points finished sixth and seventh, suggesting that they are copies of those used on the 2019 Mercedes.

As Racing Point has chosen to continue to run the contentious brake ducts, Renault has the option to protest them after each race.

Racing Point is now preparing its defence, and the FIA anticipates that if all the evidence is gathered on time the case will be heard in the last week of July, just prior to the British GP. If that happens a result will emerge before that race.

However if the losing team then appeals, the case will probably continue until after round six in Spain – potentially triggering further protests at the two Silverstone races, and in Barcelona.

Tombazis said that the timing of the case depends on when the evidence is put together.

“The stewards gave Racing Point three weeks to submit their document. I think it is fair to say that Racing Point are likely to finish this work earlier than three weeks. I'm not sure, it's their prerogative, but I expect they would have a submission to make in the coming week.

“Under normal circumstances, the stewards would decide within a few hours, or a day or so from that hearing. Theoretically, the team that is less happy with the stewards’ decision can then decide to appeal, and it goes to the International Court of Appeal.

“And then of course, it's another set of preparations and lawyers and submissions involved. So that could probably take us to the week after Spanish Grand Prix, or something along those lines. “Theoretically, their decision is going to be the final one. So we're talking towards late August, that we could have a final decision in this matter if teams decide to go to the ultimate extent of appealing.”

Tombazis said that if there are multiple protests across different race weekends the same set of stewards would be involved throughout.

“We don't want of course to have a different set of stewards deciding each single case, and having like a party of 20 stewards to decide such a case on every single race separately, and to have maybe some stewards believing it is okay in one race, and not again another race.

“So what is likely to happen, and we are examining options, is that we will define a set of stewards, which will adjudicate this particular topic on any race that will be protested, to have consistency, basically.

“And then obviously, the matter will hopefully finish when the stewards decide, or if a team appeals, when the International Court takes place.

“Then if the Racing Point ducts were found to be not acceptable, then obviously they would have to redesign them and make new ones to a different design.”

Hungarian GP qualifying as it happened