Pirelli Formula 1 boss Mario Isola admits that he has concerns about aggressive new kerbs on the modified Abu Dhabi track.

The Italian company has put an extra focus on kerbs since the Qatar GP, where four drivers suffered similar failures in the race.

Pirelli later determined that the failures resulted from drivers consistently running over and back across kerbs during long stints in the race, which is why the problem hadn't been apparent after practice.

While acknowledging that the exact circumstances are different in Abu Dhabi, Isola noted that the kerbs on the exit of the two redesigned corners are of particular concern.

He intends to discuss the matter with FIA race director Michael Masi on Friday evening.

"They are very similar [to Qatar], they are not exactly the same." he said. "Especially they are quite aggressive at the exit of Turn 5 and Turn 9.

"There are also different kerbs on the apex of the corners, but obviously the apex is different. First of all, because you have the unloaded tyres on the car that are on the apex.

"And second because the drivers can manage not to run too much on the apex, while I am more worried about the exit kerbs, especially in Turns 5 and 9, that are the most aggressive.

"We saw from free practice both in F2 and F1 that they are running especially over the kerbs and the exit of Turn 9, that is also the turn with the highest speed. 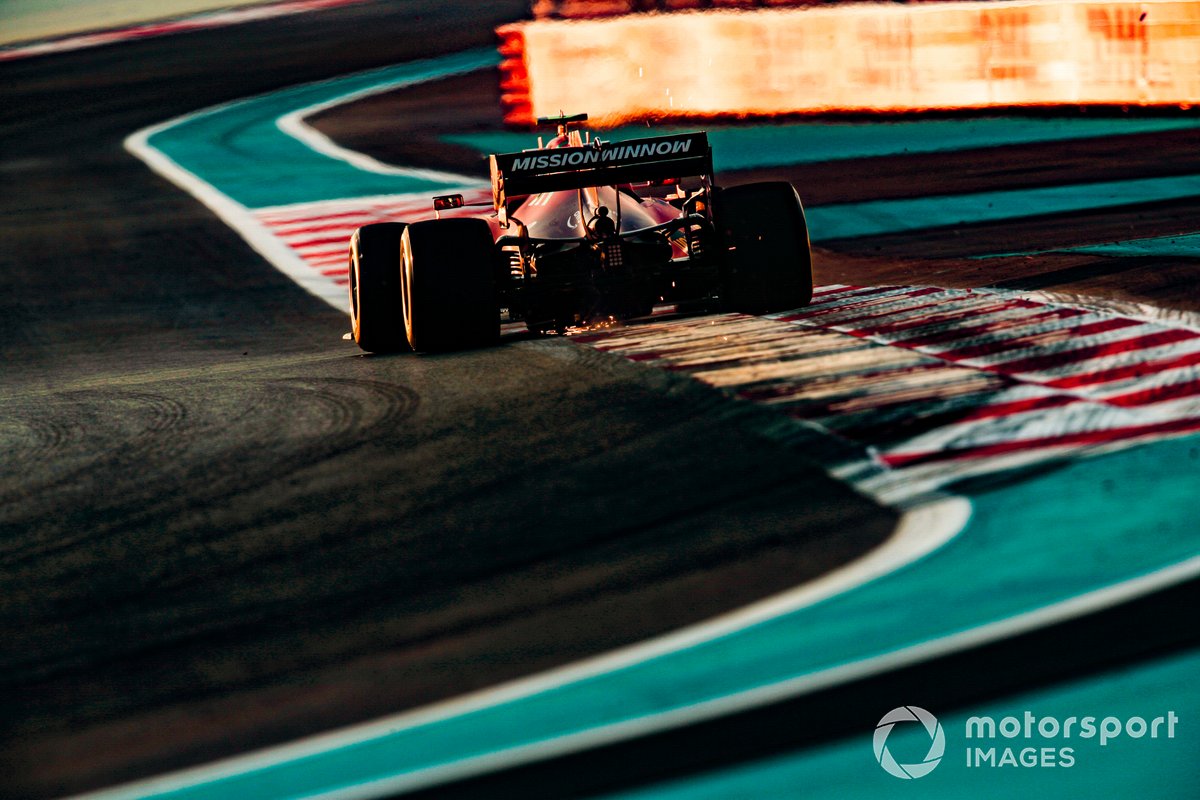 Pirelli will examine the tyres run in Friday practice for possible signs of damage.

"The problem is that we don't have tyres with the number of laps so that is comparable to the length of a stint during the race," Isola added.

"So, we can clearly also increase the number of checks that we do, but sometime, like it was in Qatar, it was not possible to predict what happened on the construction on the tyre, because it happened after several laps."

He added: "Honestly, I'm not an expert on what is possible to do on kerbs, if they can be replaced, or if they can take them out or whatever, I don't know I rely on the FIA and what they can do.

"So that's why I think that it's useful to have a conversation and to highlight what we have found. I was also waiting for additional information coming from running this afternoon up, and then I'm sure that we can find a solution.

"I don't know what is possible to do now. So clearly, what we have to do is to analyse the tyres to try to understand if there is any potential area of concern, to analyse the data coming from the teams, to compare that with the level of stress that we saw in Qatar, so we have a lot of work to do now.

"And all our findings we share with the FIA, and I'm sure that we can find a good solution that is satisfying for both."