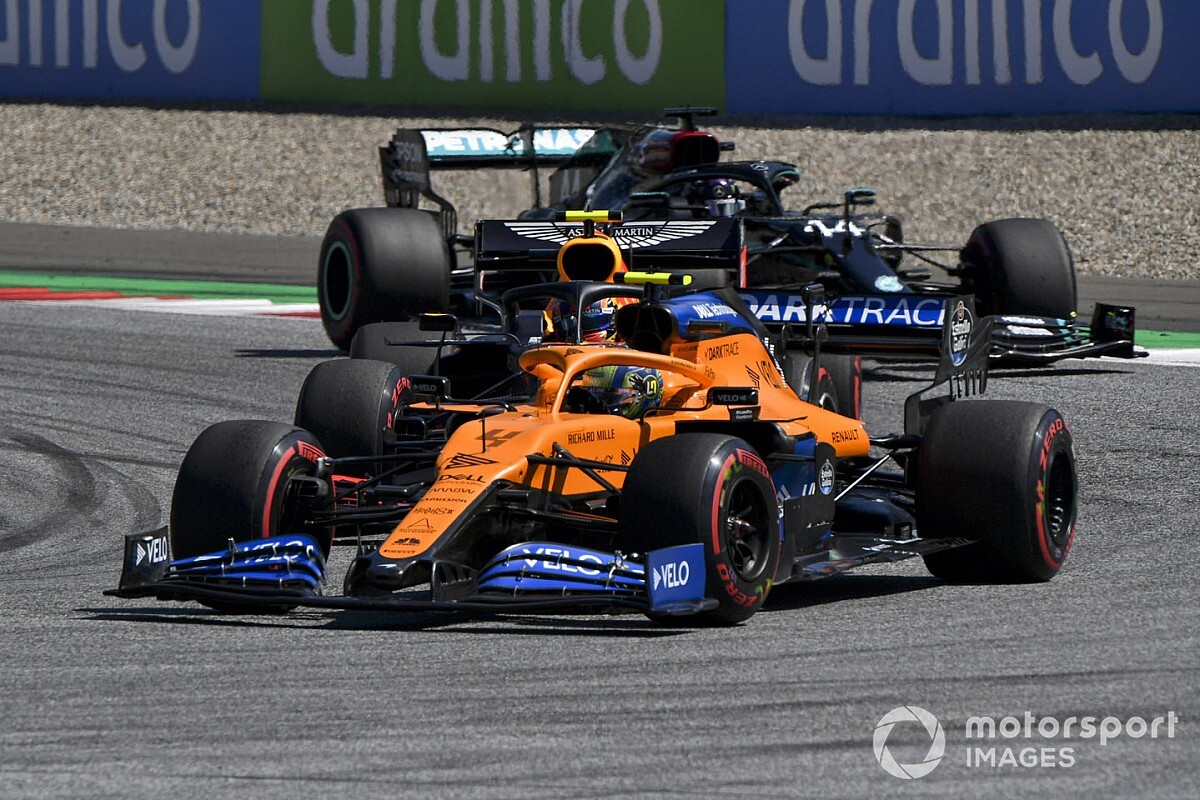 Racing Point was docked 15 points in the constructors' championship and handed a €400,000 fine after it was judged to have used an illegal method to design its rear brake ducts.

Racing Point is permitted to still use the brake ducts - deemed to be a close copy of Mercedes' 2019 design - for the rest of this season, prompting four teams to plan appeals against the ruling in pursuit of a harsher penalty.

McLaren was joined in planning an appeal by Ferrari, McLaren and Renault, while Racing Point is also set to appeal in a bid to overturn its sanction.

Mercedes team boss Toto Wolff is looking to mediate talks between teams to try and avoid having the case go to the FIA International Court of Appeal, but has expressed his view that Racing Point has "done nothing wrong".

McLaren is set to become a Mercedes customer team from 2021 when it takes on a power unit supply.

But team principal Andreas Seidl stressed there was no impact on the relationship between McLaren and Mercedes despite their differing positions on the Racing Point case.

"[There is] absolutely no bad blood between us and Mercedes," Seidl said. "We have a great relationship anyway with Toto, with Mercedes, with the guys from Brixworth preparing for next year.

"In the end, the case which is on at the minute, is with Racing Point and not Mercedes."

While McLaren did not lodge a protest against Racing Point over its brake ducts, the team has been vocal in its concerns about the its actions in trying to copy the 2019 title-winning Mercedes W10 car.

Seidl previously warned against F1 becoming a "copying championship", believing the outcome of the Racing Point case would have ramifications on the future team models seen in the sport.

Racing Point owner Lawrence Stroll made a rare public statement on Sunday ahead of the 70th Anniversary Grand Prix, condemning the other teams for "dragging our name through the mud" and that he would "take all necessary actions to prove our innocence".

Asked about Stroll's response, Seidl declined to comment due to the ongoing legal proceedings that look set to take the case to the Court of Appeal.

"And at the same time, it's important to not waste too much energy on the entire case. We know what we have to do on the McLaren side to be more competitive, and that is my main focus, together with the team."