Mercedes: Bottas and Russell free to race in Sakhir GP

Mercedes Formula 1 chief Toto Wolff has no concerns about a rivalry emerging between Valtteri Bottas and George Russell in Bahrain, saying they are free to race as normal. 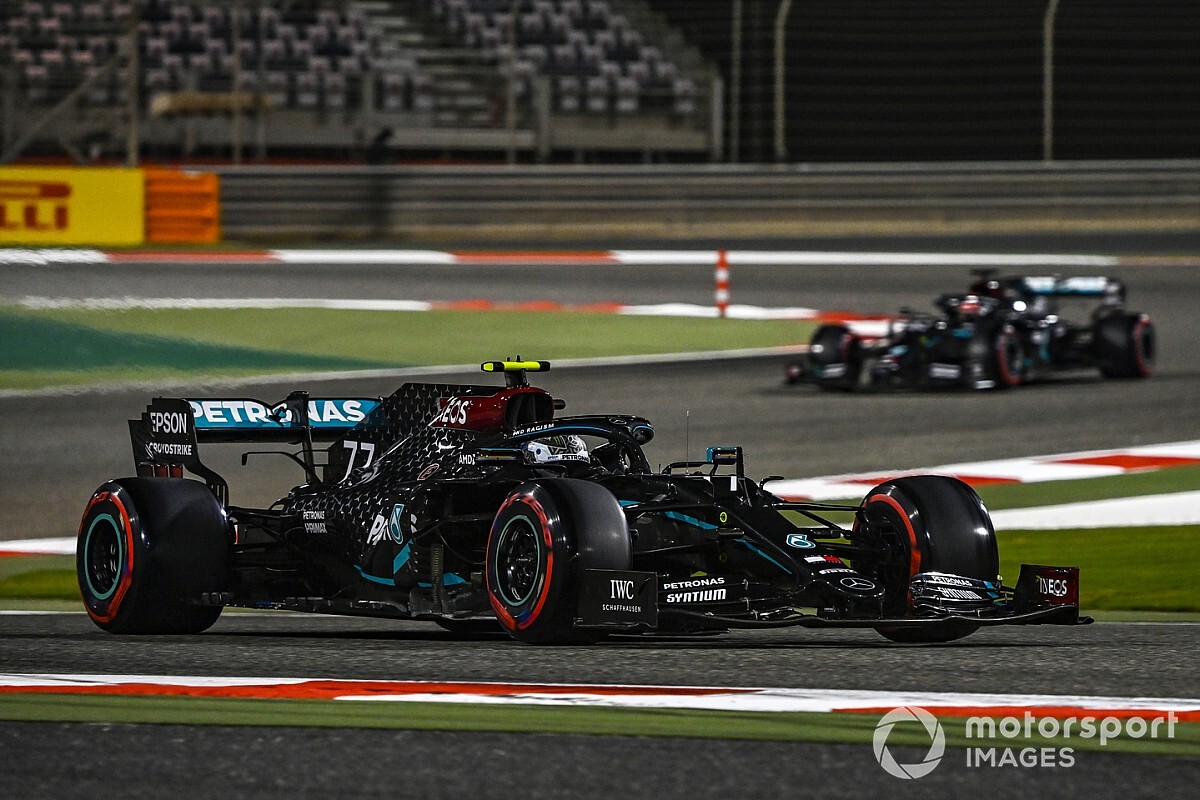 In his first Mercedes appearance deputising for Lewis Hamilton following his positive test for COVID-19, Russell managed to qualify second for the Sakhir Grand Prix on Saturday, narrowly missing out on pole to teammate Bottas.

The 22-year-old said he felt “gutted” to have lost pole by just 0.026 seconds, but exceeded Mercedes’ expectations after the team told him ahead of qualifying it would be happy with a top-five grid slot.

Russell has been widely tipped for a future drive with Mercedes, although the team has denied it is treating this weekend as a shootout between him and Bottas to be Hamilton’s teammate in 2022.

The regular Williams driver will be targeting his maiden F1 points in Sunday’s race, but could go even further and scoop a first victory if he can defeat Bottas.

But Mercedes chief Wolff was unconcerned about any rivalry brewing between Bottas and Russell in Bahrain, feeling both drivers could be confident of their position.

“It will be certainly tight, but I don’t see any rivalry within our team,” Wolff said. “Valtteri is well-settled. There is nothing to prove for him.

“For George, it’s a little bit easier because there is no pressure at all. He has nothing to lose.

“And obviously [Max] Verstappen is not going to be happy that there is a new kid on the block that’s standing in front of him.

“George is on the worse line, as we’ve seen last weekend, and the cockpit is too small for him. The clutch pedals are too small too for his hands and his fingers.

“So really, I have the same expectation tomorrow that I had for him for qualifying today. He has confirmed what we thought of him.

“As I said before, impressed, but not surprised.”

Asked if Mercedes would employ any team orders to favour Bottas, Wolff said it would not waver from its usual approach by letting them race.

Norris to start Sakhir GP from back with engine penalty