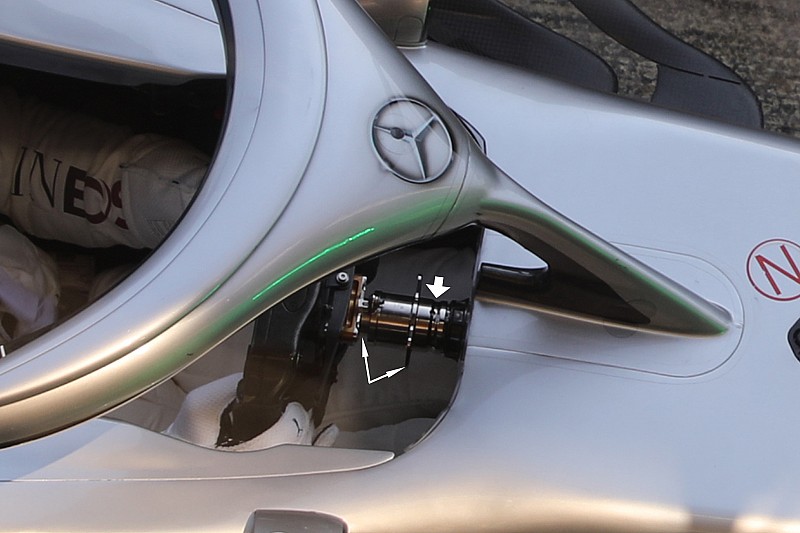 Mercedes is "pretty confident" the new steering mode system it debuted in Barcelona Formula 1 testing on Thursday is legal, and says it had kept the FIA updated during the development process.

Mercedes sparked intrigue throughout the paddock after Lewis Hamilton was seen moving his steering wheel towards him on the straights during today’s test running, appearing to alter the toe angle of the front wheels.

The adjustments would theoretically offer a better set-up for corners while also reducing drag on the straights.

“We have a system in the car, it’s a novel idea,” Allison said. “We’ve got a name for it. It’s called DAS, if you’re interested. It just introduces an extra dimension to the steering, to the driver, that we hope will be useful during the year.

“But precisely how we use it, why we use it, that’s something we’ll keep to ourselves.” 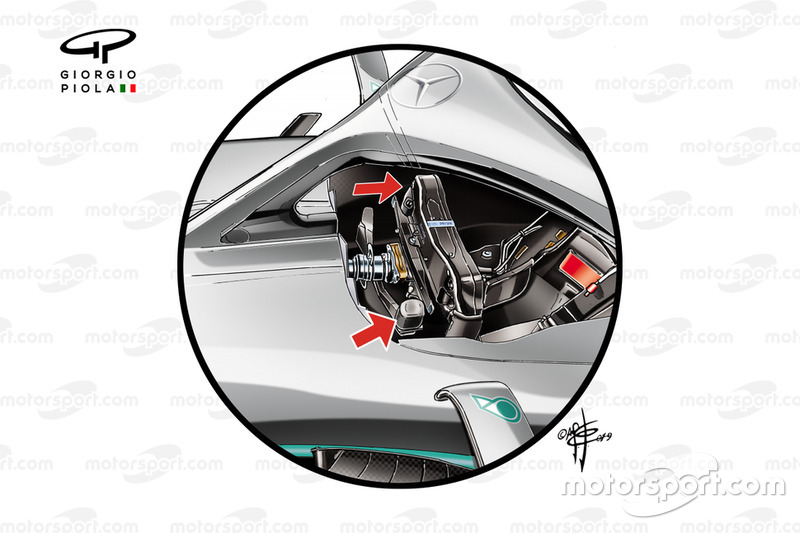 The legality of the system was immediately questioned after the onboard footage from Hamilton’s car emerged, but Allison stressed the FIA was aware of its usage.

“This isn’t news to the FIA, it’s something that we’ve been talking to them about for some time,” Allison said.

“The rules are pretty clear about what’s permitted on steering systems, and we’re pretty confident that it matches all of these requirements.”

Hamilton said the team spent the morning “trying to get on top of it and understand it”, but had no safety concerns.

“Safety-wise, there were no problems today,” Hamilton said. "The FIA are OK with the project. For me it’s really encouraging to see that my team is continuing to innovate and stay ahead of the game.

“I think that’s just down to the great minds that we have working in this team. Hopefully it will work.”

Allison said the introduction of DAS was merely one of a number of innovations on the new Mercedes W11 car, which set the pace on the opening day of pre-season testing in Barcelona.

“Each of the new cars we bring to the track are just festooned with innovation,” Allison said.

"It’s just they’re not as obvious to you as a discreet standalone system like this where you can see it with your own eyes.

“One of the things that gave me massive pride is to be part of a team that doesn’t just turn the sausage handle each year, that is looking each year at how we can learn fast enough to bring all these innovations to the track and make them stick.

“This is fun, but it’s only the tip of an iceberg of similar stuff that’s across the car.”