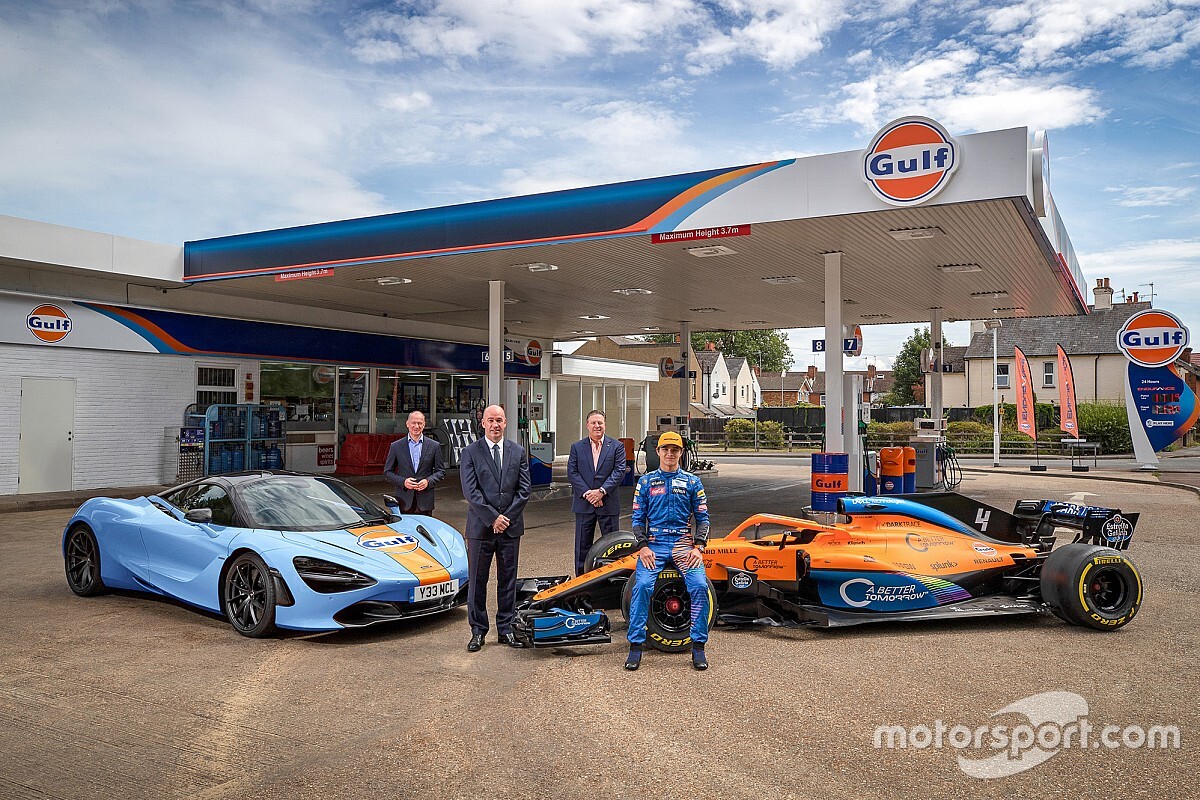 McLaren has announced the sponsorship partnership with the Gulf Oil brand, with will bring the company's iconic colours back to F1.

As predicted by Motorsport.com last week, McLaren has agreed a deal with Gulf Oil that will cover both its F1 team and supercar company.

The move comes on the back of a previous partnership with Brazilian oil company Petrobras having been terminated at the end of last year by the Brazilian government as part of a cost-cutting drive.

The Gulf logos will appear on the McLaren engine cover and mirrors from this weekend's British Grand Prix, as well as featuring on the drivers' and pit crew overalls.

McLaren CEO Zak Brown said: "We're delighted to welcome Gulf back to McLaren and reunite two iconic brands back together in a new and exciting partnership.

"Gulf is part of McLaren's history and are well-known for their innovation and technical excellence in the industry, with which aligns with McLaren perfectly. We are looking forward to starting our partnership together this season."

Mike Jones, CEO, Gulf Oil added: "This is a very exciting partnership that brings the Gulf brand back into elite motor racing.

"The history books are full of remarkable tales that tell of what Gulf and McLaren have achieved in the past. Now we are together once more to write the next chapter of this unique partnership."

McLaren and Gulf first tied up in 1968, and enjoyed a partnership across F1 and sportscars that lasted until 1973 – including wins in grands prix and Can-Am races.