Mercedes has revealed that two loose screws were the cause of the DRS failure that triggered Lewis Hamilton’s exclusion from qualifying at Formula 1’s Brazilian Grand Prix.

Hamilton had to start from the back of the grid at last weekend’s sprint race at Interlagos, after the FIA discovered on the Friday night that his DRS did not comply with the regulations.

Inspections of Hamilton's rear wing had uncovered that, in one section, the gap between the elements was wider than the maximum 85mm allowed.

Mercedes claims that the gap was over by just 0.2mm, which it said was the equivalent on one layer of paint.

While there was no suggestion that Mercedes had deliberately tried to get around the rules, it could not be sure over the Brazilian weekend about what had caused the problem as the wing had been sealed by the FIA.

However, after finally getting back hold of the wing ahead of the Qatar Grand Prix, Mercedes said a detailed examination had got to the bottom of the issue.

Mercedes boss Toto Wolff said: “We got the rear wing back. And, as we thought, it was broken. It broke in qualifying. We didn't pass the 85mm slot gap test on the far right side. We passed it on the left, in the middle, but not on the right, by a fraction of a millimetre. And that's fine.

“We weren't allowed to inspect it, nor to make the argument that the part is being broken. And consequently, we found out that two screws became undone in qualifying. And that caused that right side to be irregular.

“And you know, probably, it was even detrimental to the lap time, but it is what it is. It was reported to the stewards, and that is very different to how these things were handled in the past when you were able to patch up things that got broken during parc ferme.” 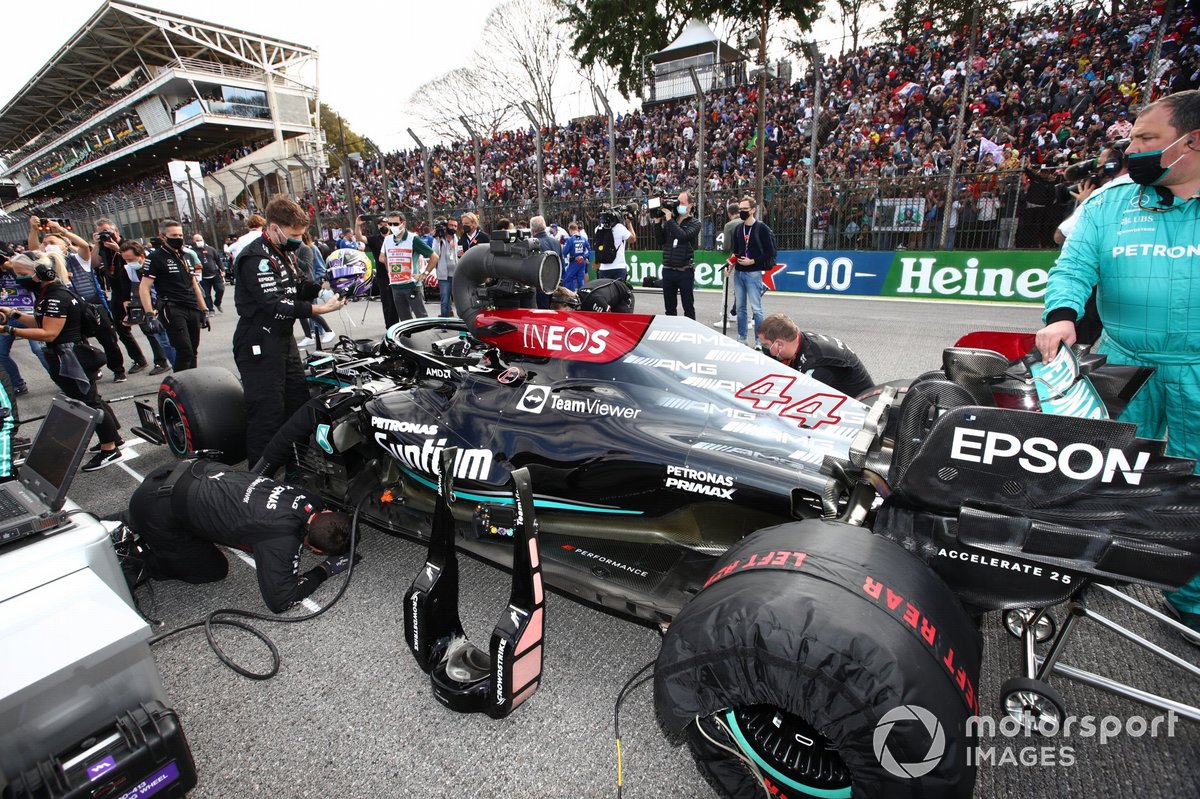 While Mercedes remains annoyed at the fact that damage was not taken into account, Wolff said that the team was not going to waste time and energy going back over it.

“We've moved on,” he said. “It's race gone. We obviously were able to turn it around. I wish that Lewis could have taken more points from the sprint qualifying.

“But that is the past. I think now the rules are in a way reset, and we're going to do the best out of it for the current grand prix and the next ones to come.”