Charles Leclerc wants to thank Ferrari in the “best possible way” with a good result in Jeddah Formula 1 qualifying after his car required significant repairs following his FP2 crash.

Leclerc lost the rear of his car at Turn 22 towards the end of second practice for the Saudi Arabian Grand Prix, causing him to slam into the barrier at high speed.

The session was immediately red flagged, but Leclerc was able to get out of the car unassisted and told his Ferrari team that he was OK. He underwent routine medical checks before being given the all clear by the doctors.

Ferrari said after the session that it would review Leclerc’s chassis and power unit to see if they could be repaired in time for Saturday, later confirming both could still be run in FP3 and qualifying.

But the crash nevertheless left the Ferrari crew facing a big workload ahead of Saturday’s running to get Leclerc’s car repaired.

Leclerc finished FP2 10th-fastest despite his late crash, ending the session seven-tenths of a second behind pace-setter Lewis Hamilton.

“[It was] a day that unfortunately didn’t end up the way I wanted,” Leclerc said.

“But overall, we went through everything we wanted to test. I think the potential is here, and if we put everything together for tomorrow, we should have a good day.

“But obviously I’m sorry for the team who will have to do a big, big work ahead of tomorrow for the car to be ready.

“Hopefully I’ll do a good enough job to thank them in the best way possible with a good result tomorrow.” 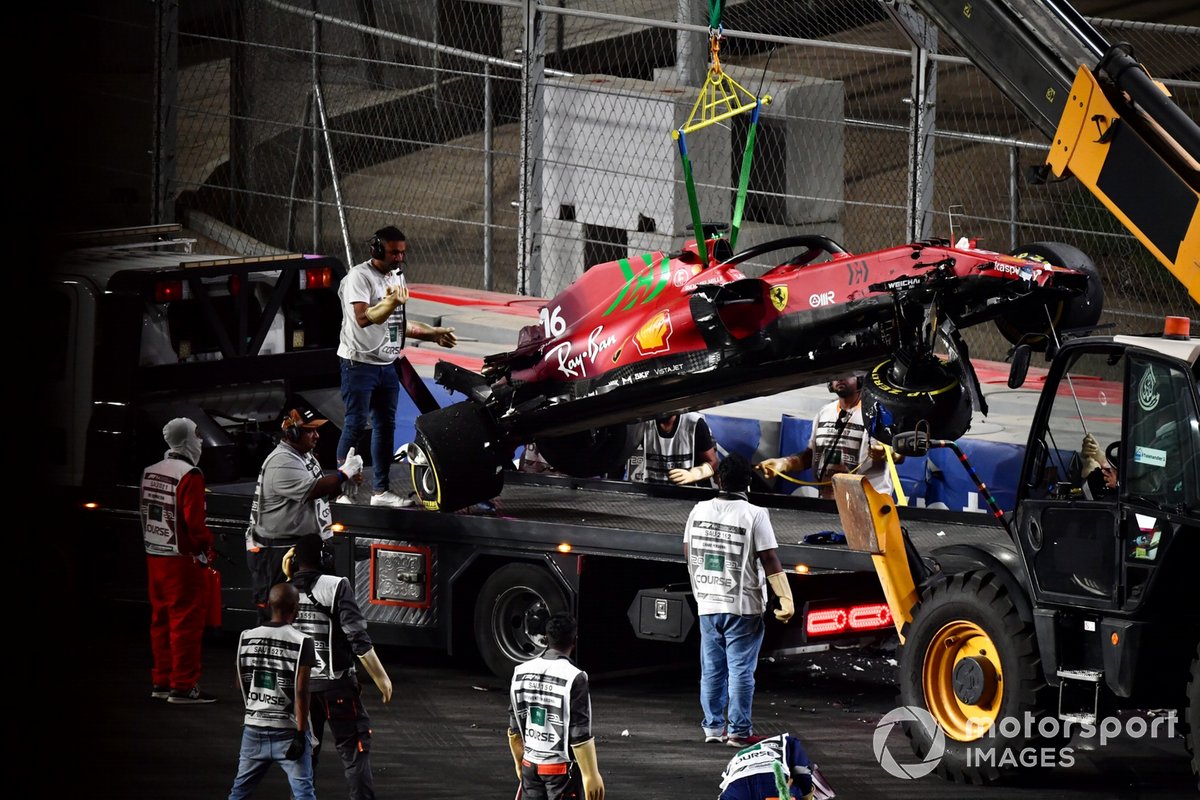 Marshals remove the damaged car of Charles Leclerc, Ferrari SF21, from the circuit

Ferrari heads into this weekend’s Saudi Arabian Grand Prix with the chance to clinch third place in the constructors’ championship ahead of McLaren with one race to spare.

The Italian team sits 39.5 points clear of McLaren in the standings, meaning a five-point swing this weekend would give it an unassailable advantage before the Abu Dhabi season finale.

“We don’t want to relax,” Leclerc told Motorsport.com on Thursday in Jeddah.

“With these last two races, I think there’s still plenty to learn as a team to try and optimise all of my package better.

“This will help us indirectly for next year, so we need to keep pushing.”