Christian Horner says he was "disappointed" by suggestions this year's Formula 1 title fight between Max Verstappen and Lewis Hamilton could end in a Senna/Prost-style collision on track.

Verstappen currently leads the F1 drivers' championship by 12 points over Hamilton as he goes in search of Red Bull's first title since 2013.

Verstappen and Mercedes rival Hamilton have collided twice on track this year, crashing together at Silverstone and at Monza amid one of the most intense title fights F1 has seen in the past decade.

Their rivalry has led to comparisons with the battle between Ayrton Senna and Alain Prost in 1989 and 1990, with the title being settled in both years by a late season crash involving the two drivers.

In an interview with the Daily Mail published last weekend, Mercedes F1 boss Toto Wolff said that if Hamilton and Verstappen were racing each other for the title at the final round in Abu Dhabi, "whoever is in front is absolutely going to try to do the same as in the Senna-Prost years".

Hamilton and Verstappen both distanced themselves from winning the championship by crossing the line when in battle on Thursday, with Horner saying he was "disappointed to read the comments".

"We're a team of racers. If we can pull off this feat, and it's a massive, massive task, then we wouldn't want to win a championship through a collision between the drivers. There's been enough of those this year already.

"I think what we saw in Austin was a great fight between two drivers very much at the top of their game, and [with] a few more races like Austin between now and the end of the year, I think the biggest winner would be Formula 1.

"Nobody wants to see a championship decided in a gravel trap." 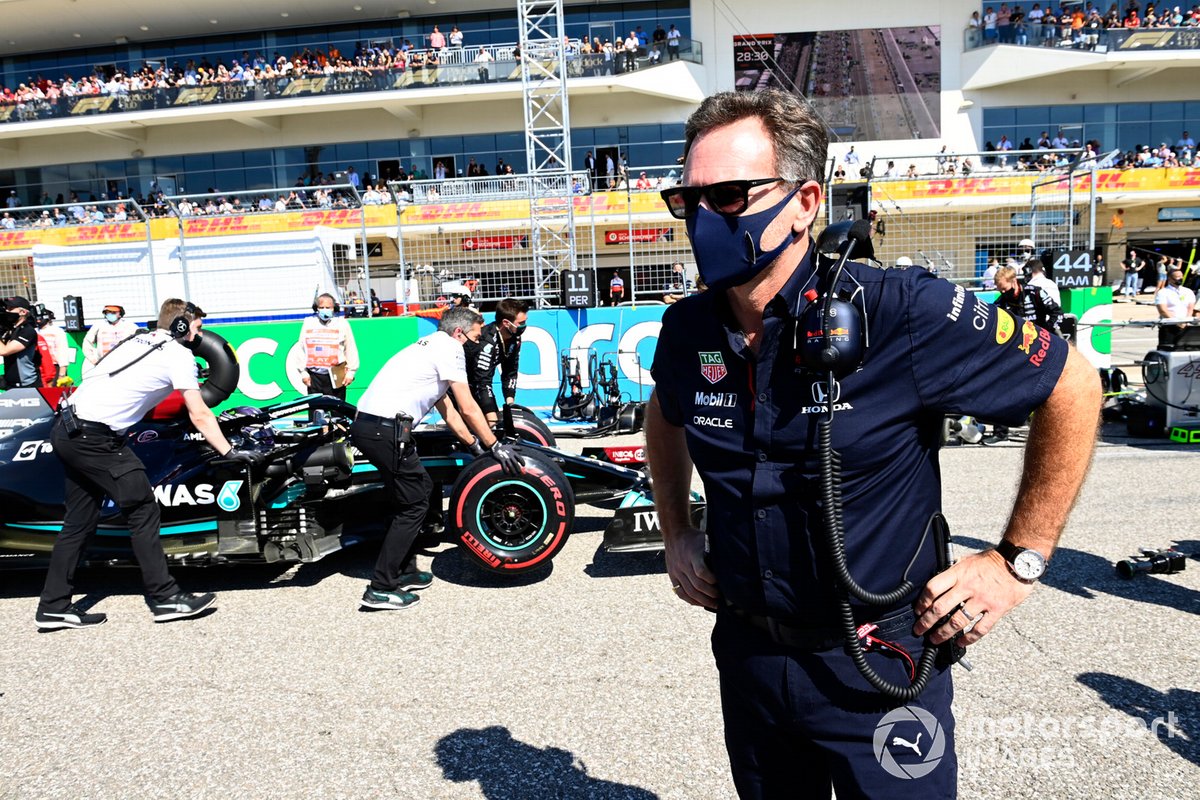 While this marks Verstappen's first title battle in F1, the Dutchman has claimed he is not feeling any additional pressure as he looks to end Hamilton's streak of championship wins.

Horner was full of praise for the way in which Verstappen was approaching his maiden title bid, particularly amid the intensity of the fight with Hamilton.

"It's been so tight between the two drivers to-ing and fro-ing, pretty much from that first race in Bahrain, and I think that it's been an intense battle between the two of them," Horner said.

"The way that Max has handled that has been totally commendable. It's his first time in this situation in Formula 1, but I think he's just sticking to his principles, the way he races, the way he drives.

"He's got the five or six seasons behind him now of experience which he's using to great effect."