Speaking ahead of this weekend's Russian Grand Prix, two weeks on from the second controversial crash of the season between the pair last time out at Monza, Hamilton said: "I remember what it was like when I had my first [title fight] and it definitely mounted up".

The Mercedes driver also said when considering Verstappen's position as a first-time F1 world title contender, his attitude is to "empathise and understand" as "I was going through a lot of different emotions [with McLaren in 2007], and I didn't always handle it the best".

When asked by Motorsport.com if he had any response to Hamilton's words when it was his turn to take part in the pre-event press conference at Sochi, Verstappen said: "Those comments, I mean it just shows you that he really doesn't know me.

"Which is fine. I also don't need to know him – how he is fully. But I just focus on myself, and I really enjoy it out there in the front and hopefully of course we can do it for a very long time."

Verstappen had rapid career progression through the single seater ladder, which means he does not have a car-racing title after he followed finishing first in his single season as a European Formula 3 driver in 2014 – where he came third behind future F1 rival Esteban Ocon – by entering F1 the following year as a 17-year-old with Toro Rosso. 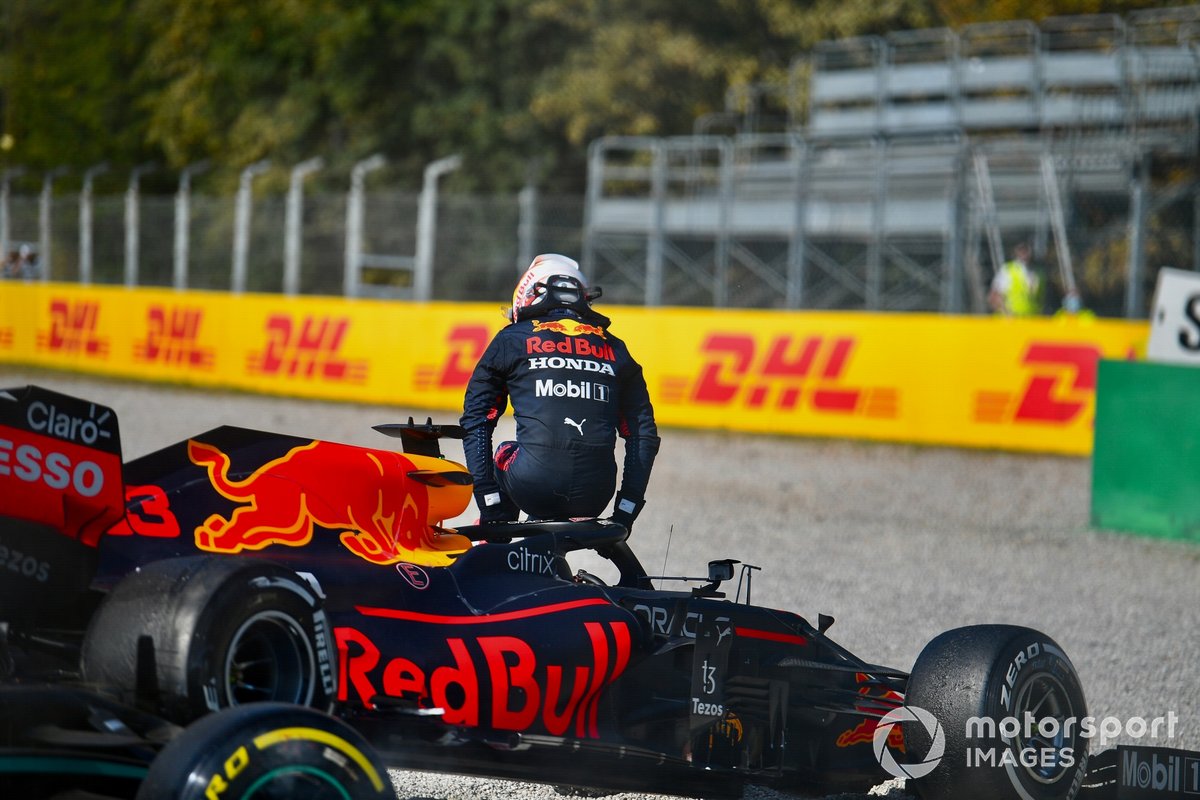 He was promoted to Red Bull after four races of the ensuing 2016 season, famously winning on debut at that year's Spanish race, but 2021 is the first time the team has been able to provide a sustained title challenge in the turbo hybrid era.

When it comes to the particular intensity of fighting for a first F1 title, Verstappen, who became a world champion karter before stepping up to F3, told Motorsport.com earlier this year that in higher formulas "it's basically the same – you choose your battles".

The Dutchman says he is therefore "very chilled" about the new challenge he is taking on in 2021.

"Yeah, I'm so nervous I can barely sleep!" he initially joked. "It's so horrible to fight for a title, I really hate it!

"No, I think if someone really knows me, I think I'm very relaxed about all those things and I really can't be bothered. I'm very chilled and it's the best feeling ever to have a great car where you go into every weekend and you can fight for a win.

"And it doesn't matter if you're just leading a championship or not."