Lewis Hamilton says the backlash over Mercedes' Formula 1 sponsorship deal with Kingspan was "news to me", but has been assured that Toto Wolff is "sorting it".

Mercedes has faced pressure from a number of groups after announcing ahead of this weekend's Saudi Arabian Grand Prix that it had signed a deal with Kingspan, whose logos appear on the side of the nose of the team's car.

Kingspan's involvement in the Grenfell Tower disaster in June 2017 remains a point of scrutiny amid an enquiry, as its K15 insulation product was installed on the side of the tower.

Grenfell United, a group made up of survivors of the disaster and bereaved families, wrote to Mercedes F1 boss Wolff earlier this week urging him to reconsider the deal, which they called "truly shocking". Wolff responded by offering to meet with the group to discuss the matter.

Seven-time world champion Hamilton was associated with the story when initial reports emerged in the UK media, given his profile and previous support for Grenfell families, and addressed the matter for the first time on Saturday evening in Jeddah after qualifying.

Hamilton said that it was "not something that I feel I have to speak of publicly", but explained that he had "nothing to do with the team signing any of the sponsors" with the exception of clothing brand Tommy Hilfiger.

"Tommy was the only one that I brought to the team," Hamilton said. "It was news to me when I heard the things that happened this week. I was very much aware and watching very closely all the families that were affected by what happened there.

"We know there's been a huge outcry and an amazing amount of support from people, from the community around there. So yeah, as I said, this really doesn't have anything to do with me.

"I know Toto is sorting it. Unfortunately my name is associated with it, because it's put on that car, but whether that remains the same, we shall see." 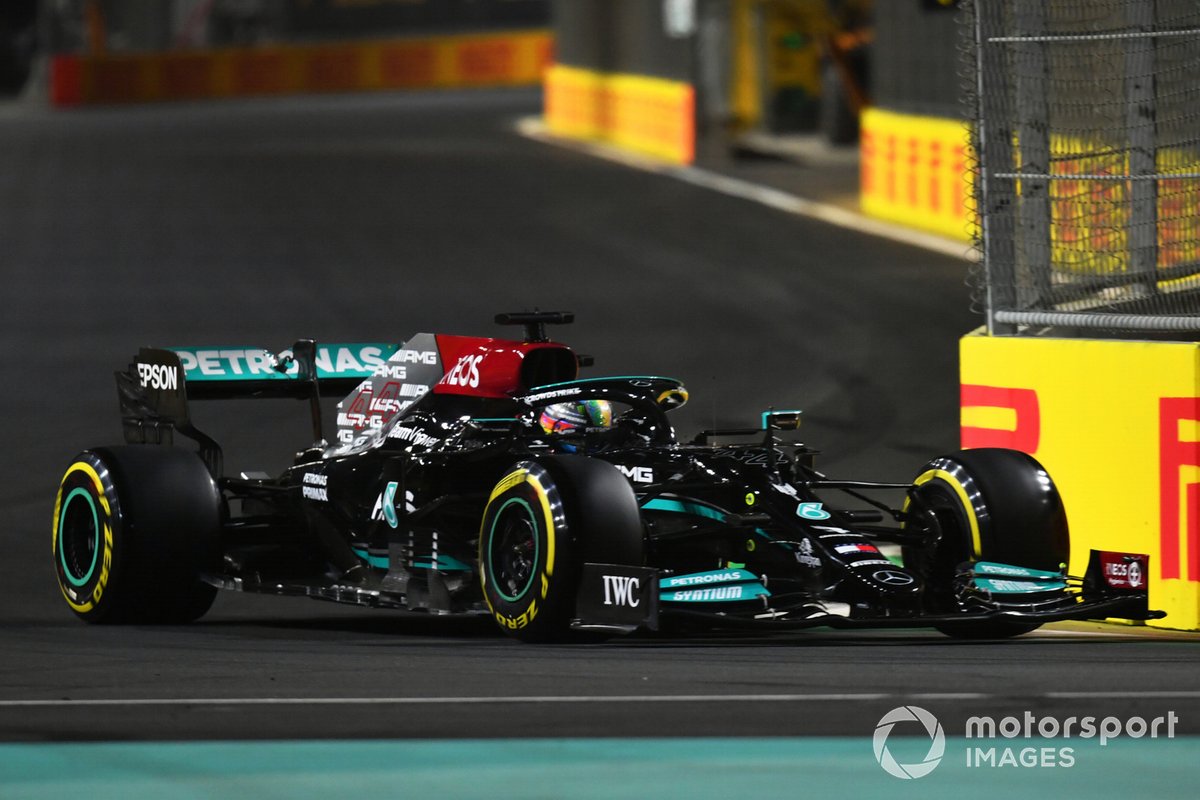 British government minister Michael Gove joined the call for Mercedes to reconsider the sponsorship deal in a letter to Wolff that was published on Twitter.

"The Grenfell bereaved, survivors and wider community have been failed in the past by both the state and the private sector," said Gove, who is the UK Secretary of State for Levelling Up, Housing and Communities.

"They are right to feel deeply hurt and aggrieved by your decision to sign this sponsorship deal whilst the public inquiry continues."

Gove also warned that the UK government could change advertising and sponsorship laws for sports like F1 in the wake of the unease about the deal.

"The achievements of Mercedes and Sir Lewis Hamilton in recent years represent a British success story of which we are all proud," Gove said.

"I hope you will reconsider this commercial partnership, which threatens to undermine all the good work the company and the sport have done."