Rich Energy CEO William Storey claimed this week that the Haas sponsor deal had been terminated, blaming poor performance, but other shareholders have been trying to take control and rescue the deal.

Steiner insists that the story is about Rich Energy and its shareholders, and that the team has nothing to do with how it has developed.

“What have we done wrong?” he replied when asked by Motorsport.com if the team’s image had suffered by the saga. “How can you damage something if we don’t do anything wrong? You can think [it’s] damage, but I don’t think we are damaged. It’s not our fight.

More on the Rich Energy saga:

“There is a clear line. They pay us for advertising, and we do our job, so therefore I don’t think we are damaged as a team, because we have not done anything wrong. We have done everything to the book, so actually it gives is a good reputation, because we didn’t react, because we cannot.

“So I think we are in a good position because we showed the world even with a controversy outside of us we are not doing things which we shouldn’t be doing, we work professionally, and keep out of things which we cannot control, and are not entitled to control, by the way. We just go along and what happens happens, and then we deal with them.”

He added: “We are keeping our line, like you do in professional life. If they’ve got a problem, so be it. There are a lot of positive people who think we are doing a great job, how we handle it, because it’s a situation which is very unusual, and how we behave, is very professional."

Steiner says that the team is awaiting developments with regard to the control and ownership of Rich Energy, and he acknowledged that there was a chance that the deal would not continue.

“We are discussing now,” he said. “As you can imagine, we are not in control of what they do internally, and neither do we want to be, just to mention that, I don’t want any part of that one – our hands are full.

“They are sorting out what is happening there, and the team which wants to take over, they want to continue, and that is what we be talking in the next weeks about, how and if we continue with them. They know they need to agree between them how it is going forward. I have no comment and no knowledge about what is going on there, and I do not need to know anything.”

Asked if the situation was uncomfortable given the criticism of the team by Storey in Rich Energy’s Tweets he said: “It’s not even uncomfortable, because I don’t know what is coming next.

"I’m not in control, it’s nothing about us – well it is about us. I wouldn’t say I don’t care, but it is what it is. We will work at it, we will do our best, and what comes out, comes out. We cannot control and don’t want control as I said before of what is happening there.” 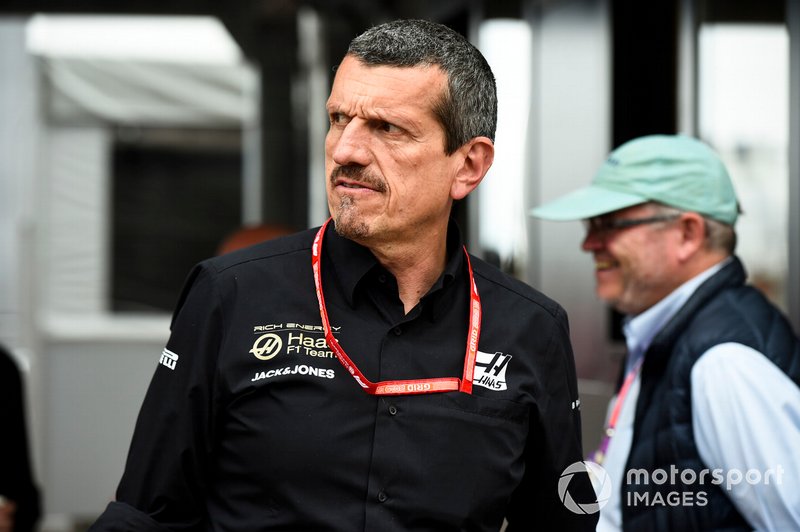