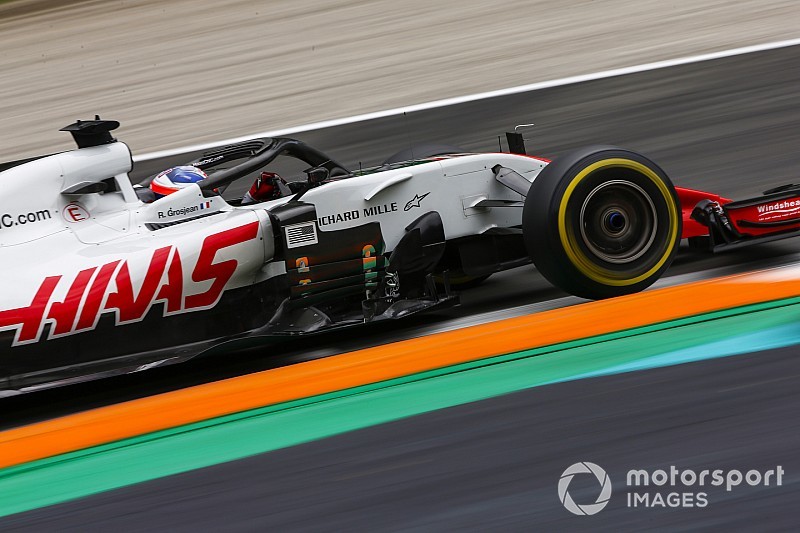 Haas has lost its appeal against Romain Grosjean's disqualification from the Italian Grand Prix in September.

The US-owned team had gone to the FIA's International Court of Appeal to argue its case that it was not correct for the team to have lost Grosjean's sixth-placed finish for running an illegal floor.

But after a hearing in Paris on Thursday, the FIA has confirmed that the appeal court upheld the original stewards' verdict.

Grosjean was thrown out of the results at Monza in the wake of a protest from the Renault team with regards to the design of his car's floor.

A technical clarification from the FIA before the summer break had made the design of the floor of the Haas in breach of regulations that demand there must be a radius of 50mm at each front corner of the reference plane.

Haas had argued that due to the summer shutdown there was not enough time to make modifications to its design before the Singapore Grand Prix, so had wanted special dispensation.

While discussions with the FIA about being given leeway to delay the changes until Singapore remained open, the matter was brought to a head when Renault lodged a protest after the race.

That forced a ruling from the stewards, who were clear that the floor did not comply with the relevant regulations nor the position of the FIA's technical department.

A statement from the Appeal court confirmed that the stewards' decision was upheld, that Grosjean's exclusion was confirmed and asked that the "competent Sporting Authority to draw, as appropriate, the consequences of this ruling."

A full explanation of its decision will be published later.

Haas team principal Gunther Steiner said the team would now focus on delivering a strong end to what has been an overall positive campaign for his outfit.

"Obviously we are disappointed not to have won our appeal," he said. "We simply move forward and look to the final two races of the year to continue to fight on track, earn more points, and conclude our strongest season to-date in Formula 1."

At the time of the Renault protest, the French car manufacturer had been locked in a tight fight with Haas for fourth place in the constructors' championship – with Grosjean's Monza result having temporarily moved the team ahead before its disqualification.

The lost points moved Haas back, and since then Renault has delivered some strong results to open up a 30-points advantage in the standings, with two rounds remaining.

"We are satisfied with the decision and I would like to thank the court and the FIA for their work on this matter. The team is now focused on the end of the season.”