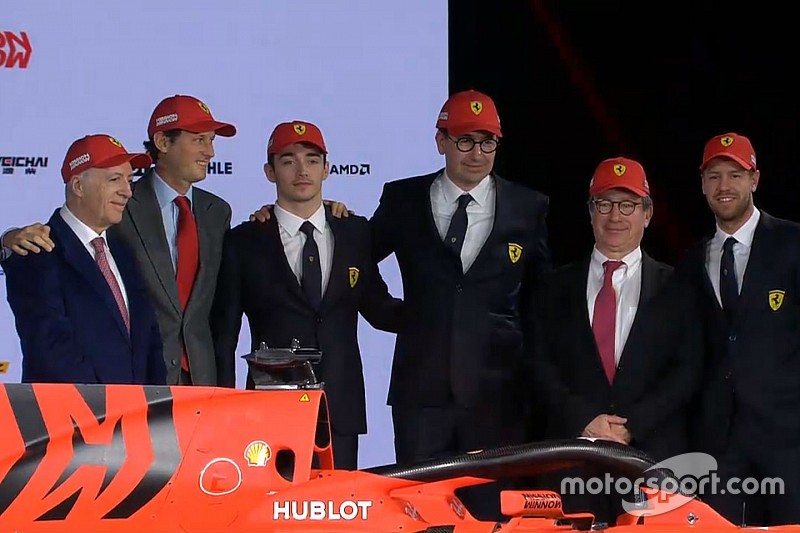 Ferrari's new management is making Formula 1 sporting chief Ross Brawn more optimistic that a revolution in prize money and budget regulations can be pushed through.

Attending to current financial inequalities in F1 is high up the priority list for the 2021 revamp series chiefs are working on.

A form of cost cap and a more equal distribution of F1 revenues among teams are both on the agenda.

At present, the amount of money the teams get from F1 is decided via individual deals negotiated in the Bernie Ecclestone era.

Ferrari has undergone substantial change in the last year, with John Elkann becoming chairman and Louis Camilleri CEO - roles that had previously been jointly held by the late Sergio Marchionne.

Then at the start of this season Ferrari replaced its F1 team principal Maurizio Arrivabene with its former technical chief Mattia Binotto.

Ferrari has long held a particularly favourable financial deal with F1 so had been expected to be a key obstacle to changes, but Brawn believes its new management will be open-minded.

"I'm optimistic, particularly with the new management at Ferrari - they've recognised the need for Formula 1 to be more equitable," he said.

"We have to think back, probably one or two agreements ago, in the past when in fact it was a far more equitable distribution of revenue, and then when it all got distorted it was before the IPO or the planned IPO, when there was teams recognising the situation and making the most out of it and we ended up with the situation we have now.

"There's too much disparity between the top three or four teams and the rest of the grid.

"You've got a group of teams that can finish last and still earn more than the team that's won the world championship and that doesn't seem right."

Ferrari is the only team that has participated in every F1 season since the championship's creation in 1950, and Brawn acknowledged that it had to be considered a special case to a degree.

"But also we need to find a balance between that recognition of Ferrari as a very important team and having an equitable position for the rest.

"The view of a big sporting company looking at Formula 1 today, you'd think: 'What will we get if we are able to win the world championship?' Even if you win you only get half of those in the midfield get because they have a better deal than you. You are never going to attract new teams when you have such an unfair distribution.

"And I think Ferrari recognise that. Ferrari will fight their end as best they can, but logic will have a fair part in trying to find a solution.

"There are the grandeurs of the sport and they need to be respected, but there's a balance and I think we got the balance wrong and we all know the reasons why we ended up where we ended up."

Brawn's strategy for saving F1 from itself