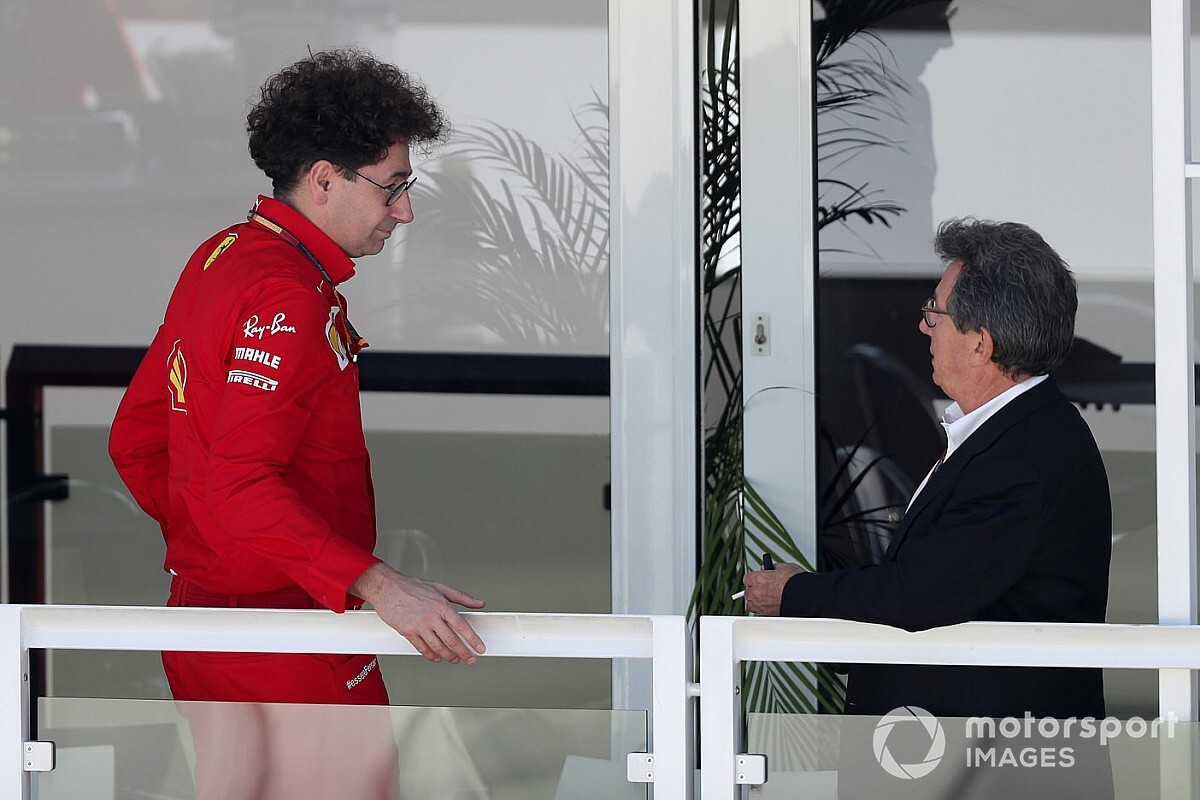 Ferrari has made clear it is 'firmly against' the idea of a Formula 1 engine freeze from the start of 2022, despite Red Bull pushing for the plan.

In the wake of Honda's decision to exit F1 at the end of next year, Red Bull has indicated that its preferred option is not to look elsewhere for a replacement power unit.

Instead, it wants to do a deal with Honda where it takes over its engine programme and facilities, potentially in partnership with someone else, and then run the power units itself until new rules come in to play by 2026 at the latest.

However, for Red Bull to able to take on the engine programme, the team wants a complete freeze on development – as it cannot afford the huge expense of improving its performance against the might of manufacturers like Mercedes and Ferrari.

A change to the F1 rules to freeze engine development from 2022 would require support from rival teams, and especially Ferrari, which retains a technical veto over rules as part of the new F1 Concorde Agreement.

Although Ferrari team principal Mattia Binotto drew short of committing the Italian team to any decision on the freeze last week, company CEO Louis Camilleri has emphatically ruled out any support for the plan.

He believes that with the FIA pushing for a greater use of biofuels over the next few years, it will be impossible not to allow engine development to take place.

Speaking to Gazzetta dello Sport, he declared: "We are firmly against freezing power units as it is against the spirit of F1.

"I think it is important to emphasise that the current rules already provide for freezing in 2023. Plus, F1 has ambitious goals in terms of sustainability.

"Already from 2022, the regulations provide for the introduction of a fuel with a 10 percent ethanol content, but the FIA wants to reach 100 per cent as soon as possible: ideally the following year.

"This inevitably involves the development of some engine components. It is a very complicated subject, and we are actively talking about it with all the parties involved."

While some believe that Honda's decision to exit F1 is a warning sign that the sport needs to change direction with its power units or risk other manufacturers walking away, Camilleri is not so convinced.

He added: "I do not believe that it will happen, but it will accelerate the need to define the main characteristics of the power unit of the future.

"We, and by this I mean the FIA, Liberty Media and the engine manufacturers, must properly balance their respective goals, sometimes conflicting, in terms of innovation, environmental sustainability and cost.

"The latter factor has all too often been ignored, creating a danger for everyone. We must also ensure that the supply and development of an engine is an economically attractive business."

F1 teams met earlier this week to begin discussions on what F1's engine rules should look like in the long term, as they edge towards a cheaper and less technically complex hybrid concept.

Russell exit would show how "cruel" F1 can be - Ocon

Russell to stay on at Williams after "confusion" over future