Formula 1 is set to clamp down on grid access for bodyguards following the incident between rapper Megan Thee Stallion’s entourage and Martin Brundle in Austin.

Ex-F1 driver and seasoned pundit Brundle was able to revive his famed pre-race grid walks for the United States Grand Prix following a tweak to the FIA’s COVID-19 restrictions.

Megan Thee Stallion was attending the race as a guest of Red Bull, and was approached by Brundle for an interview on the grid. She initially responded to his questions and was polite, only for her security guards to aggressively shoo him away, telling him he “couldn’t do that”.

Brundle hit back and said, “I can do that, because I did”, before calling for more manners and respect from celebrity’s entourages during grid walks.

According to F1 insiders, Motorsport.com has learned that it will clamp down on grid access for bodyguards in the wake of the incident. Officials believe the grid is a secure enough environment to mean they are not required.

While celebrities on the grid are not required to give interviews to the media, they will be asked to be courteous should they decline to speak.

Brundle spoke about the rule tweaks during the Mexico City Grand Prix weekend, joking that the new rules “must be the ‘Brundle clause’” after what happened in Austin, and that it was his “claim to fame at last”.

“I get ignored by Megan Thee Stallion, biffed out of the way by a man mountain and then told off by a Malfoy lookalike who doubtless was on his first-ever time to an F1 grid,” Brundle said. 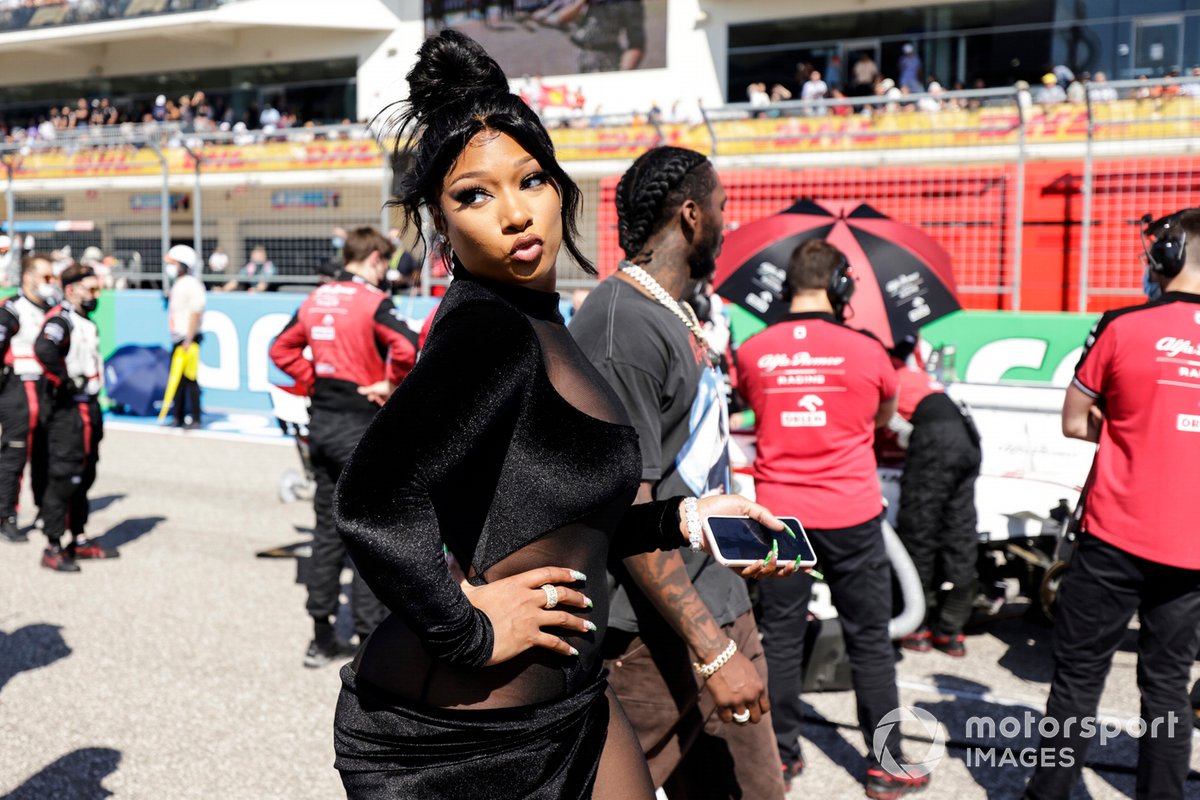 "I put out a simple tweet about it and got five million impressions. I don't understand any of that, to be honest.”

F1 grid access remains restricted compared to 2019 when the series last raced without COVID-19 protocols, but has gradually opened up to grant more people access.

Megan Thee Stallion is a three-time Grammy award winner, and is known for songs such as WAP and Savage. She has a combined social media following across Twitter and Instagram of 33 million followers - around 11 million more than F1’s official accounts.

The errors Verstappen isn't making when it matters in F1 2021