Formula 1 drivers should brace themselves for a "complicated" weekend at the United States Grand Prix, with bumps at the Circuit of the Americas forcing set-up compromises, reckons Pierre Gasly.

Bumps at the Austin venue have been an ever-present during F1's tenure there, with instability of the land on which the circuit is built leading to an uneven surface.

While work has been regularly done on the track to try to improve the situation, the COTA bumps were a major talking point at the recent MotoGP race there as riders complained about them.

A request has been put in for a track resurfacing of the worst affected areas for 2022 prior to MotoGP returning there.

In the wake of the MotoGP issues, F1 race director Michael Masi has been in contact with the circuit and has asked for some work to be done on grinding down the worst of the bumps.

But with the problem unlikely to be eradicated completely, Gasly thinks that the Austin weekend could be an especially tricky one, especially as the bumps were already quite bad when F1 last visited in 2019.

"I think it could be quite complicated this weekend," said the Frenchman. "Having watched MotoGP a few weeks back, the bumps which were already pretty bad last time we raced there, seem even more severe now.

"It will require some sort of compromise on setup, but we won't really know until we get there. I'm not particularly worried about it, because our car is working well everywhere at the moment and we just have to avoid any problems waiting to ambush us, so that we can continue to close in on Alpine in the championship." 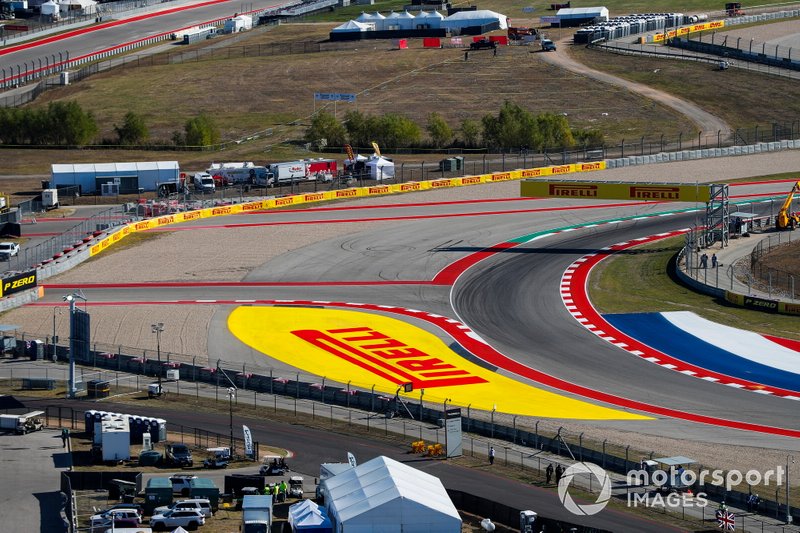 A scenic view of the circuit

COTA was recently visited on behalf of the FIA by experienced US racing official Tony Cotman, who has overseen the design of several IndyCar circuits.

Masi said that work was set to be done on grinding down the bumps to make things better for F1's visit.

"What we have actually done is that since the 2019 F1 event a large part of the circuit was resurfaced to counter some of the issues that we saw in 2019," explained Masi.

"The areas that were raised by the bikes are different areas to those that were resurfaced. And Tony Cotman, who's one of the FIA platinum circuit inspectors, has been out to Austin already during the week, and done a report.

"And the circuit doing some changes for us to sort of address some of the concerns.