Some of the bumpy areas of the Circuit of the Americas in Texas are being smoothed out ahead of Formula 1’s United States Grand Prix.

Bumps have long been an issue at COTA due to the instability of the land on which the circuit is built, a situation made worse by the heavy rain and flooding that impacted the 2015 F1 weekend.

The undulations were a cause for concern during the last F1 event there in 2019, when some surface grinding was undertaken after practice on Friday evening, and again after qualifying on Saturday.

However, Ferrari driver Sebastian Vettel suffered a suspension failure in the race that his team later put down to the bumpy track. Subsequently some areas were resurfaced during the winter of 2019-'20.

COTA boss Bobby Epstein told Motorsport.com prior to the work: "We're actually closing the track for most of December and half of January to fix the problems. We did some of the repairs last year before MotoGP, so I wouldn't say we'd have to do the whole thing.

"Certainly it will involve the entire back straight, the pit out and part of Turn 1, there's a part of a hump before Turn 9, Turns 18-19. So it's pretty extensive. I know what the bill is!"

Despite that effort, bumps remained an issue at the recent MotoGP event, where riders complained throughout the weekend, and issued an ultimatum that they wouldn't return to the venue next year if much-needed safety works were not carried out.

Motorsport.com understands the most recent tracks works were done without supervision from a specialist, which meant the job was not done correctly.

MotoGP championship leader Fabio Quartararo called the surface "a joke", while riders confirmed that the circuit will be resurfaced from Turn 2 to Turn 11 - which was the minimum requirement they felt they needed to race at COTA again in 2022. 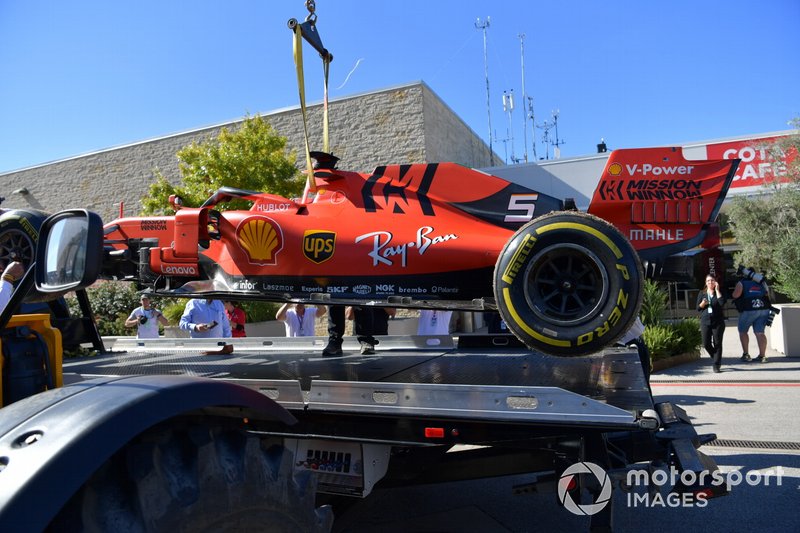 F1 race director Michael Masi says he kept in close touch with MotoGP governing body the FIM in order to gather exact information on the areas highlighted by the two-wheeled competitors.

The circuit was subsequently visited on behalf of the FIA by experienced US racing official Tony Cotman, who has overseen the design of several IndyCar circuits.

"I was on the phone to my FIM colleagues all weekend, while they were in Austin, to get a true understanding of the entire situation," said Masi.

"And what we have actually done is that since the 2019 F1 event a large part of the circuit was resurfaced to counter some of the issues that we saw in 2019.

"The areas that were raised by the bikes are different areas to those that were resurfaced. And Tony Cotman, who's one of the FIA platinum circuit inspectors, has been out to Austin already during the week, and done a report. And the circuit [is] doing some changes for us to sort of address some of the concerns.

On F1's last visit in 2019 drivers had mixed views of the bumps, with some insisting that they added to the challenge.