AlphaTauri has revealed the intense new schedule that it has put Yuki Tsunoda on following Red Bull’s decision to move the Formula 1 rookie to Italy.

In the wake of some difficult early season races for AlphaTauri, a decision was taken for Tsunoda to be relocated from the UK to Faenza so he could be closer to his crew.

Team boss Franz Tost thinks the move will help fast track Tsunoda's learning, and he has personally come up with an intense daily schedule to ensure the youngster is fully focused on what he needs to do.

"The daily routine is quite easy," explained Tost at the Azerbaijan Grand Prix. "He has to be in the gym at around nine o'clock until 9:30 to 10.

"Then once more together with the engineers, and then he's allowed to go once more into the gym for another two hours. Then he should go to sleep. Easy."

Tost feels that having Tsunoda close at hand will help the team better control his development.

"You know it's a gift to go from England to Italy. [First], beautiful weather, fantastic kitchen, nice people," he said.

"Apart from this, he has the possibility to work close together with the team, with the engineers, because he still has to learn a lot. And he always wanted to come to Italy during the winter months. But then, it was decided that he should stay in England and now he is in Italy. 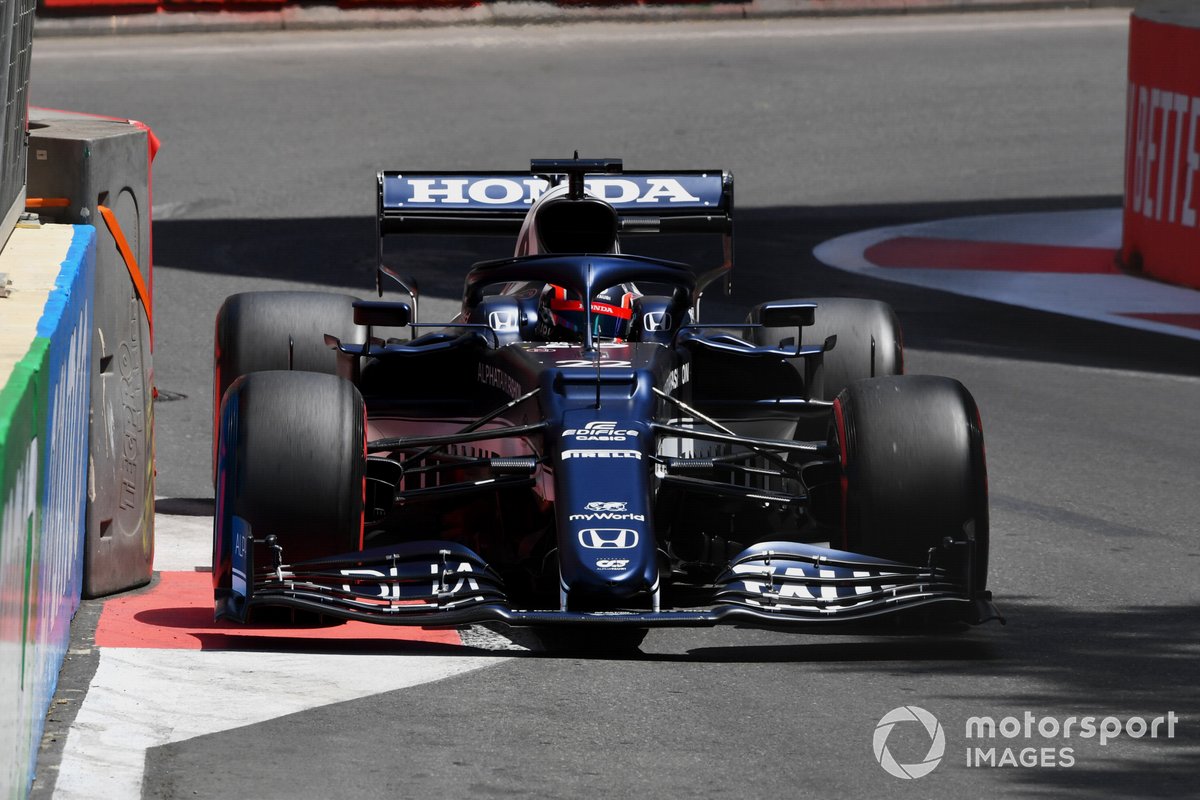 "He is living there and he enjoys it. We are happy to have him close to us, because then we have everything better under control."

Tsunoda said the decision to move him to Italy came after his crash in Monaco practice, and he confessed to it not being total fun.

"I got told while I was in Monaco, I think it was on Saturday," he said. "Basically, when I crashed in FP2 it was not a good thing. And I think Red Bull wasn't happy after that.

"I think it's good to have a little bit of a big change for me, because I think the last three races or four races, I haven't had good races and to change something, you know, you need [to do things] a bit different."

He added: "I didn't enjoy last week, but it is what it is. And I think the engineer meeting especially, that makes a very good understanding to the car. That was really good preparation for this week. So that was good.

"But mainly the gym session, the time is much, much longer than usual. So hopefully I will not be like a bodybuilder at the end of the year - but we'll see."