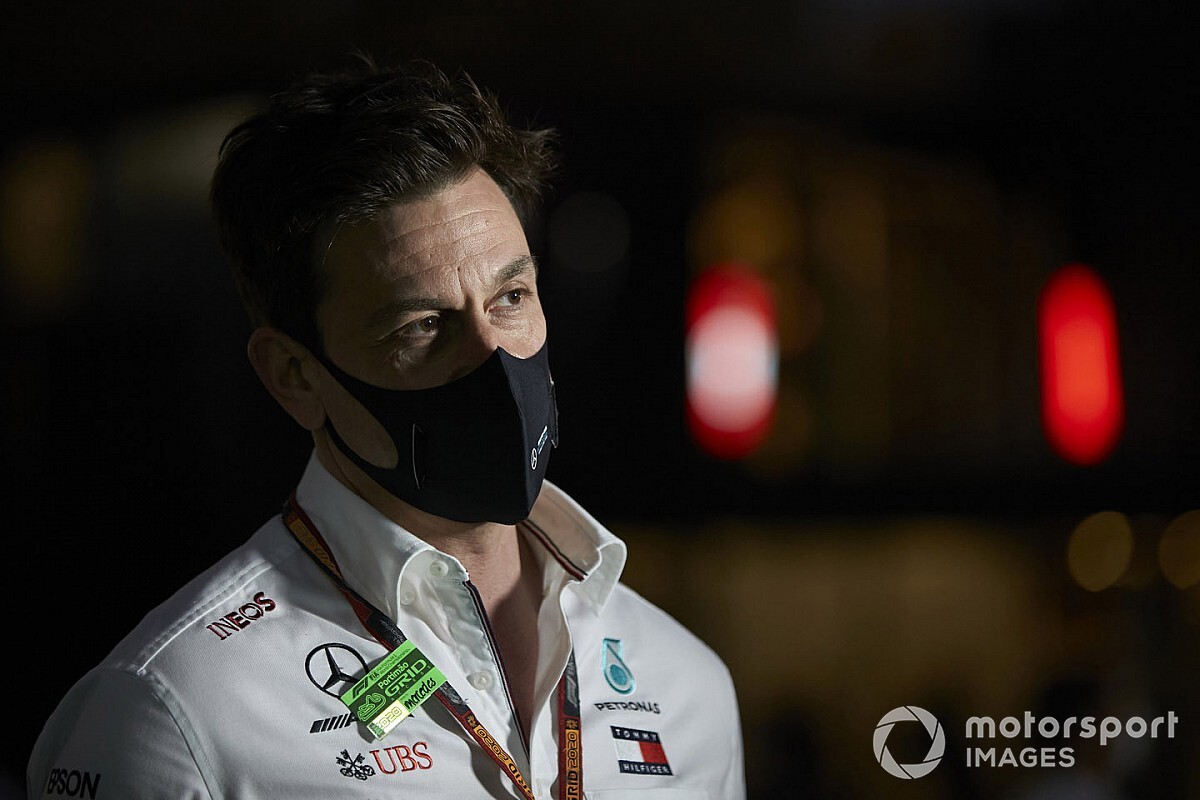 Mercedes boss Toto Wolff believes that a potential ban on the use of wind tunnels in Formula 1 from 2030 could have safety implications.

A ban was discussed in the F1 Commission meeting that took place after the Portuguese GP as part of the sport's push for sustainability.

The long lead time has emerged because it would take teams time to make the transition to operating solely with CFD, and because it's expected that technology will advance sufficiently in 10 years to ensure that cars could be developed without tunnels.

Like other team bosses, Wolff has accepted the principle of a ban, but is wary of relying solely on theoretical work.

"I think there was broad agreement that over the long term this will happen," said Wolff. "But it is such a massive regulatory change that also involves certain safety aspects.

"We must not forget that these cars are the fastest on the planet, with the most downforce, and we don't want to experiment live with drivers in the cars based on CFD.

He added: "I think setting a target like 2030 for banning wind tunnels is a path that works for everybody, and it's going to help us make the sport more sustainable from the financial side."

Renault executive director Marcin Budkowski said a tunnel ban would be a big challenge, but a transition to CFD could be achieved given the lead time now being discussed.

"It's not a new topic, it's been talked about for a little while," he said. "I think the key on this kind of significant technical restructure is to do it with enough anticipation.

"Today wind tunnels are an essential part of the development of an F1 car, and the risk of doing everything with numerical simulation is that you get to the first race and the car behaves completely differently from what you expect, and you have a hard time actually getting back on track.

"The risk is that people lose the correlation with the track, and the tunnel is an important element of this. F1 loves a challenge, and I think if you tell us that in 10 years' time we move away from something that is essential for development, because we're going to ramp up the simulation part of it, I think it's doable.

"Every time this topic came up before it was let's ban them in two years, let's ban them in three years, which wasn't realistic. So as an objective for 10 years' time, which is in line with the sustainability message that we're building around F1, it's a realistic prospect."

McLaren is just embarking on the construction of a new wind tunnel that may now have a life of less than a decade by the time it is commissioned.

However, team principal Andreas Seidl insisted that the plan would not change.

"The discussion we had there in the F1 Commission which is still early days and is something for the long term," he said.

"We definitely see there is a possibility in the long-term future to ban at some stage or to reduce massively the use of wind tunnels, with CFD progressing fast, but at the same time, if you look at what CFD can do nowadays, we are still far away from not using wind tunnels, for various reasons.

"And so the discussion we had there is not having any influence on any short and medium term decisions."

Renault expands on value of Alonso test programme in 2018 car

Turkish GP practice as it happened