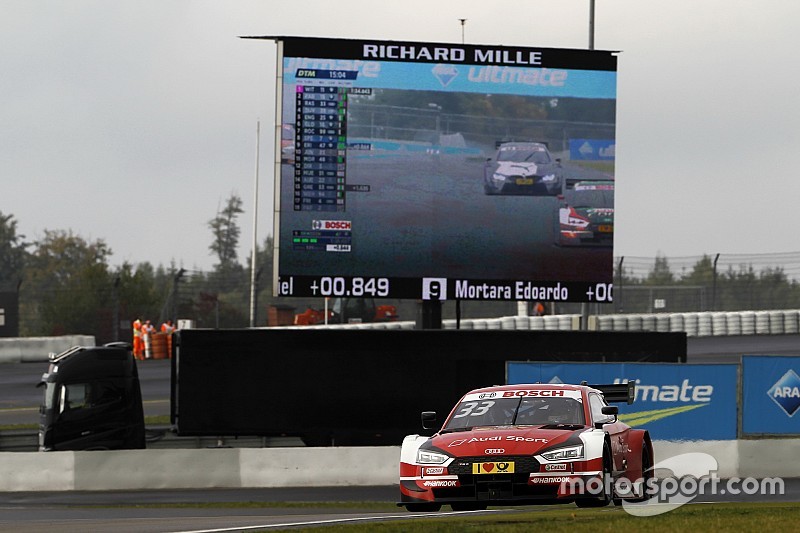 Rast's first pole in 2018 - only Audi's second during a difficult campaign - came after the chequered flag had flown, quickly setting the fastest first sector of anyone before losing minimal time to beat Paffett by 0.028s with his lap of 1m22.203s.

Paffett had initially set the quickest lap in the final minute with a lap completed in 1m22.231s.

While Mercedes has dominated most of the DTM season and has usually had the edge at the Nurburgring, it filled just two of top five positions.

BMW's Bruno Spengler qualified in third ahead of Lucas Auer's Mercedes, with two-time champion Marco Wittmann fifth in his BMW.

Phillip Eng qualified sixth, having held provisional pole earlier in the session ahead of Dani Juncadella.

Points leader Paul di Resta could only qualify eighth after progressively sliding down the times.

Pascal Wehrlein was ninth ahead of BMW's Augusto Farfus.

BMW's Timo Glock has largely fallen out of the title race and qualified 12th behind the Audi of Mike Rockenfeller.

Rast continued to be the leading Audi driver as several others floundered, as Jamie Green ended up 14th ahead of Mercedes's Edoardo Mortara.

Loic Duval ran wide and spat gravel onto the track early in the session and qualified 18th and last, with teammates Robin Frijns and Nico Muller ending up 16th and 17th ahead of him.