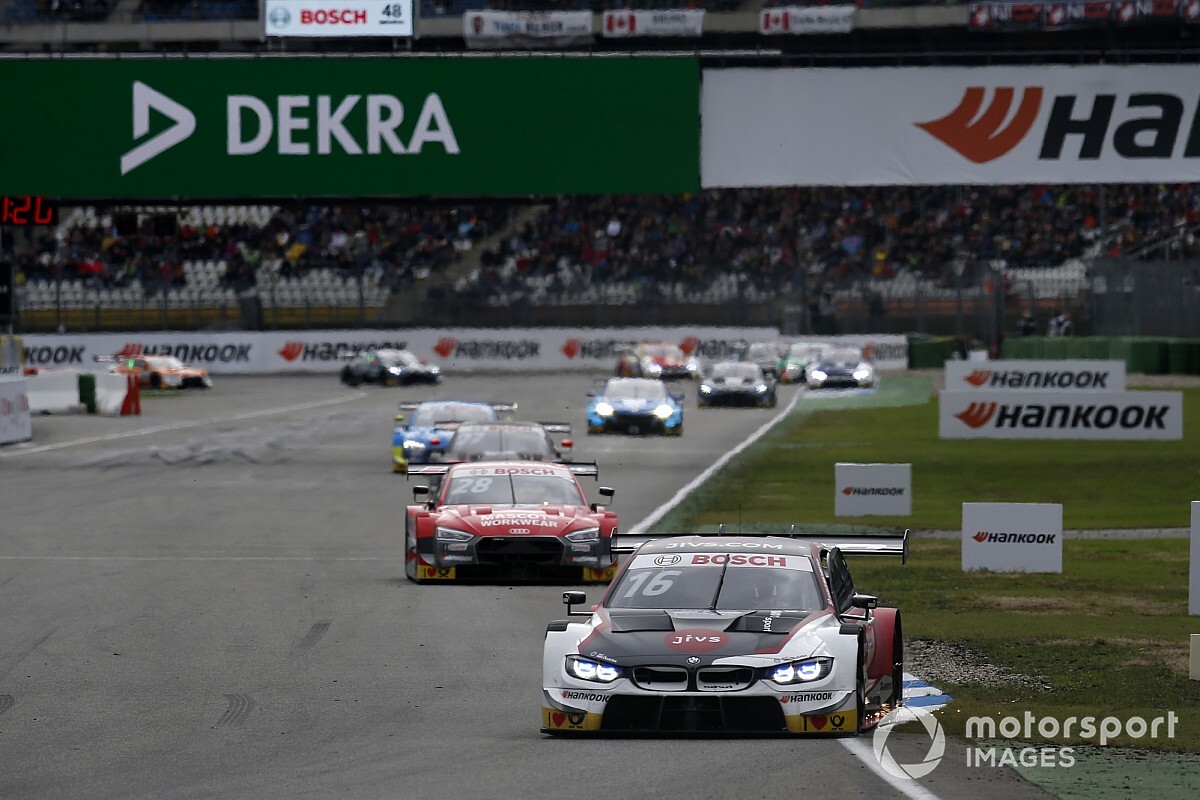 Ex-Formula 1 driver Timo Glock wants the DTM to “mainly concentrate" on racing in Germany this season as it drafts an updated calendar in the wake of the coronavirus pandemic.

The German tin-top series has yet to complete an official session in 2020, with the pre-season test cancelled at the last minute and the first five of the races season postponed until later in the year.

A revised calendar was issued in late March, featuring four events in Germany and the remaining six rounds in other parts of Europe, including two new races in Russia and Sweden.

But DTM organiser ITR has yet to issue an update amid question marks over the new season opener at Norisring and the third round at Zolder - both of which could be affected by separate restrictions on mass gatherings imposed by governments in Germany and Belgium.

Glock, who has won five races with BMW since joining the DTM in 2013, believes the DTM could solve its calendar headaches by focusing on its primary market in Germany.

"Of course, it would be an option to say concentrate mainly on Germany," Glock told Ran. "We have nice and good race tracks."

"But this also has to do with the existing contracts with the racetracks. It's a situation where it's a huge issue to go through [the contracts] first. What is possible? What can you do?

"The DTM was born and developed in the German market. We really have enough race tracks with the Lausitzring, Oschersleben, Hockenheim and Nurburgring. And we've got a few test tracks that you could definitely use one day.

"From the point of view of looking more and more at the costs, that would also be cheaper than going through a normal season, at least for the teams and for the implementation."

ITR chairman Gerhard Berger had been initially reluctant about hosting races in the absence of fans, but has since changed his stance and is now open to running races without spectators.

This means the opening rounds of the 2020 DTM season are likely to be held behind closed doors, as with other racing championships, before the races are gradually opened to trackside spectators.

"It would be a great pity if we can't even drive any more races," said Glock. "It will be very difficult to hold a normal race weekend with fans.

“This is a subject that seems almost impossible at the moment. Maybe the whole subject will change. I would like nothing more than that."

Although the DTM managed to retain all original 10 venues in its revised calendar, it has now emerged that organiser ITR held talks with the Sachsenring about a possible closed doors race in 2020.

The East German circuit is best known as the venue of the MotoGP German Grand Prix, and was last featured on the DTM calendar in 2002.

"There was a loose request from the ITR whether it would be possible to hold a 'ghost race' at the Sachsenring," the track's managing director Ruben Zeltner revealed in an interview with Motorsport.com.

"Unfortunately, we had to answer this negatively because we are working to full capacity and our customers would have to cancel with all the consequences."

Audi did not kill the DTM, insists motorsport chief Gass