The president of FIA’s cross-country commission Jutta Kleinschmidt has refuted Carlos Sainz’s suggestion that Audi’s electric car has been “penalised” in the 2022 Dakar Rally.

On the eve of this year’s Dakar event in Saudi Arabia, Sainz was critical of the new T1 Ultimate regulations that cover electric and hybrid vehicles, saying that Audi wasn’t given parity with its petrol-powered rivals.

The three-time Dakar winner was of the opinion that Audi has to contend with a car that is significantly heavier than its competitors, while not having any more power or the inflation-deflation system to compensate for the extra weight.

But Kleinschmidt doesn’t believe the German manufacturer faces an inherent disadvantage on its debut appearance in Dakar, pointing out how quick the car has proven in the first week of the rally.

Sainz scored a maiden Dakar stage win for an electric car on Tuesday, while teammates Stephane Peterhansel and Mattias Ekstrom have bagged one top-three finish each so far.

“I cannot see that they are disadvantaged at the moment,” Kleinschmidt told Motorsport.com. “If you are outside and you see them passing by, and if you see them at the start, and in the dunes, [they are fast].

“I see them everywhere because I'm in the helicopter, I can see them flying over the piste. So for me there is definitely no disadvantage in power or even with the extra weight they have, they are very fast.

“[That] they are overweight is not a regulation problem, this is actually because they couldn't fit the weight they asked for.

“The minimum weight for these cars is now two tonnes. They are overweight but they asked for even less [minimum weight in the regulations] and we went even more up.

“We have in each car now data loggers, in the new T1+ and also in the T1 Ultimate. So after the Dakar everything will be analysed.” 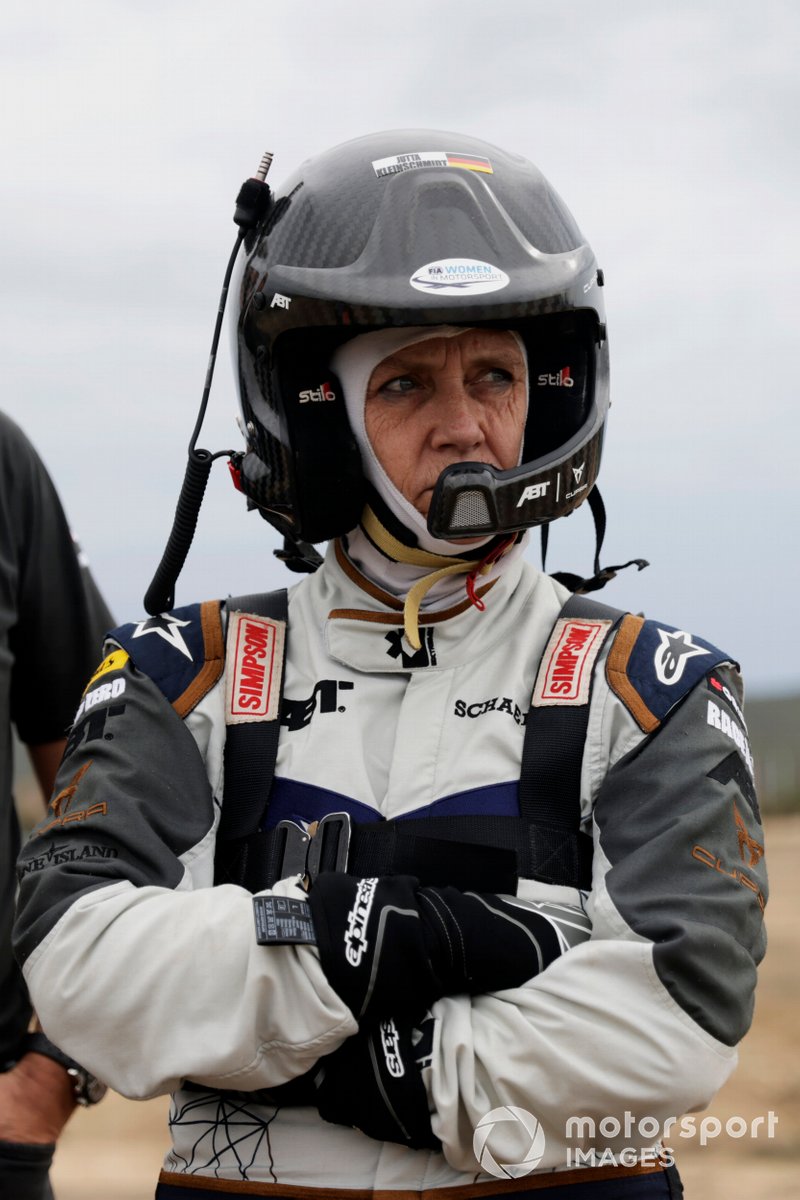 The Dakar marks the first time Audi has run the RS Q e-tron in competitive conditions, having abandoned plans to debut the car last year in favour of more private testing.

While Sainz, Peterhansel and Ekstrom have all had their fair share of troubles, with the first two-named running into suspension problems, the electric powertrain itself has run reliability so far - something Kleinschmidt was particularly impressed by.

“I'm super surprised how reliable this technology is because I was expecting more technical problems and up to now the problems they had were more human like navigation errors or hitting something or shock absorbers, which is not part of the new technology," noted the 2001 Dakar winner.

“That shows that the new technology works and everybody here is now impressed about the performance too, Carlos already won a stage.

“This is fantastic and I'm very happy because it shows we are on the right way. And you had a lot of people who doubted that, so it's fantastic. I'm super happy.

“We only want to have clean technology at the end of the day because we think this is the future.

"The cross-country is now the only international championship where manufacturers can come up with their new ideas, develop them like Audi did, and show that technology for the future.“

Organisers have no plans to stop Dakar despite French minister comments