Carlos Sainz is “not very optimistic” about Audi’s prospects for the 2022 Dakar Rally, saying the marque’s electric car hasn’t been given parity to its conventional petrol-powered rivals.

Audi will tackle the prestigious rally-raid for the first time with the all-new RS Q e-tron based on the technologies it developed in Formula E and the DTM.

While the car will run on electric power at all times thanks to two MGU units, it will also house a two-litre turbocharged engine to recharge the batteries for longer stages.

When Audi first announced its plans to enter the Dakar, it requested a number of advantages to ensure its car was as competitive as those with internal combustion engines. This included having the tyre inflation system, larger chassis, buggy-sized wheels and more suspension travel than 4x4 cars.

However, this drew criticism from rivals Toyota and Prodrive/Bahrain Raid Xtreme, leading to ASO rejecting some of the requests Audi had made while deriving regulations for the revamped T1 category.

Three-time Dakar winner Sainz feels the regulations have left Audi with an inherent disadvantage, especially when taking into account the extra weight of the electric powertrain and batteries.

“What we can't ignore is that a regulation that was going to give priority to these hybrid-electric engines, in the end we have the same or less power and more weight,” the 59-year-old told Motorsport.com.

“We are going to see this very quickly and unfortunately it has penalised the project a lot. We will have to see how the BoP [Balance of Performance] is, but for the moment I am not very optimistic.

"An investment of this calibre, with new technologies and so on, going out under these circumstances is not the best thing to do.” 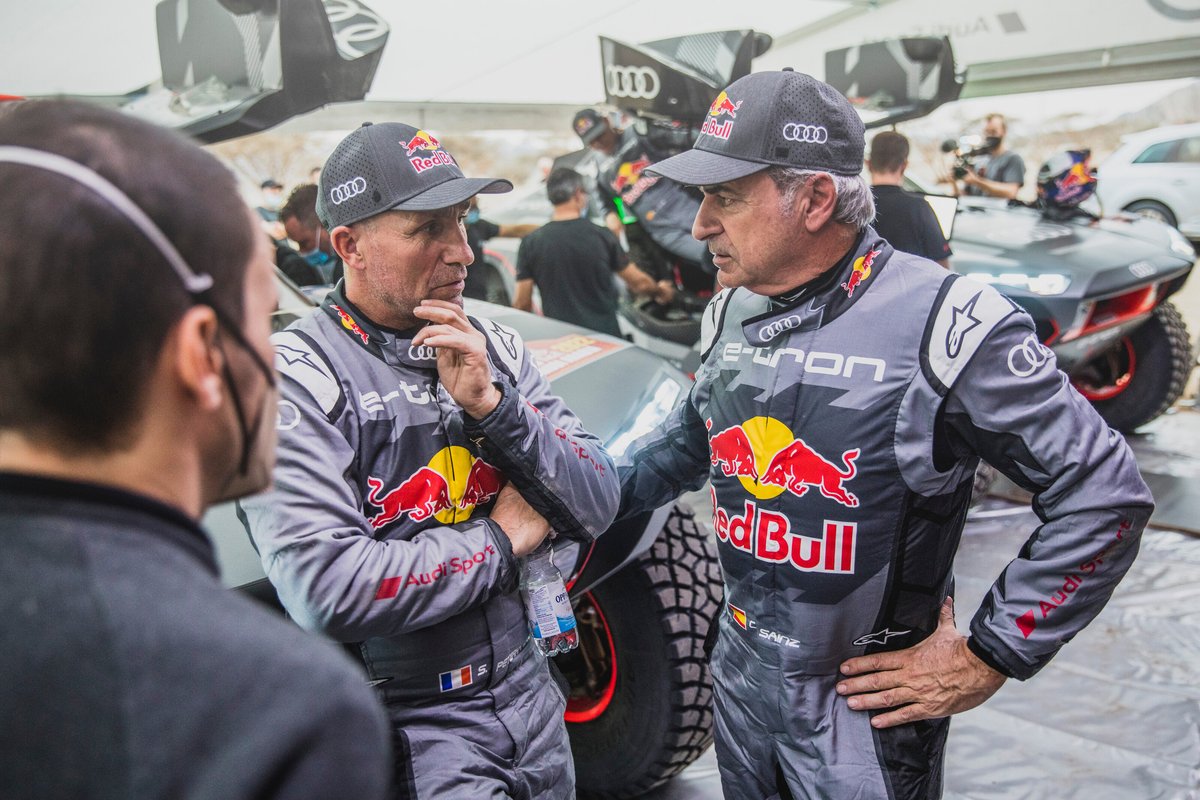 The Spanish veteran says his goal is to win a fourth different Dakar title with as many different manufacturers after his previous successes with Volkswagen (2010), Peugeot (2018) and Mini (2020).

“Every year I renew my dreams, that's what gives you the motivation to keep going,” he said.

“And when this project was put on the table, it was exciting enough to try to be part of it. And for me, as a veteran, the fact that Audi was counting on me made me very excited.

“And today my dream is to make this car a winning car, as I have tried to do in the past with Mini, Peugeot and Volkswagen.”

Petrucci cleared to race in Dakar after false COVID positive