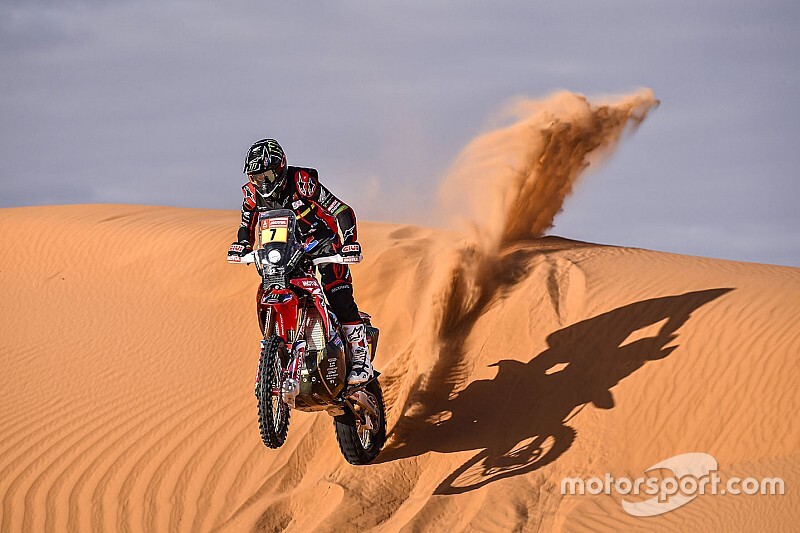 Kevin Benavides has been awarded victory on the seventh stage of the Dakar Rally after stopping to assist Paulo Goncalves following the Portuguese rider's fatal crash.

Goncalves, 40, was airlifted to hospital and subsequently pronounced dead.

Several riders stopped to aid Goncalves, including Benavides, Toby Price and Stefan Svitko, all of whom have been awarded time by rally organisers.

Benavides had originally been classified 6m35s behind Honda teammate Joan Barreda, but following the adjustments he has been given a time 1m23s faster than the Spaniard.

It means the Argentine rider earns his first win of the Dakar ahead of Barreda, with lead KTM rider Matthias Walkner slipping to third.

Price, who had lost more than one hour and 20 minutes as he assisted the medical team at the site of Goncalves' crash, was awarded a time just 7m57s slower than that of Benavides, putting him seventh on the day and fourth place overall.

The KTM rider had provisionally dropped to 11th overall, having begun the day third, but nevertheless concedes a place in the general classification to Honda's Jose Ignacio Cornejo.