Cupra drivers Rob Huff and Mikel Azcona say the WTCR’s Balance of Performance and compensation weight have hurt their performance at the past two rounds of the FIA World Touring Car Cup.

The pair didn't make the cut for the second part of qualifying at last weekend's Italian round of the championship at Adria, and could manage no better finish than Huff's ninth position in race two.

Prior to the French round at Pau-Arnos last month, Azcona had been the WTCR's in-form driver, scoring more points than anyone else over the previous three weekends.

The Spaniard had recovered from a difficult start to the season to lie third in the points standings and was targeting a title tilt to add to his TCR Europe crown.

But the Cupra Leon Competicion has been hit with 40kg of additional compensation weight, based on cars' lap times at the previous two rounds, since Azcona's double podium at the Hungaroring in August.

Combined with weight-breaks for some rival machinery, including the Audi RS3 LMS which is built around a similar base platform, the Cupra's performance has taken a hit.

The series of tight corners and hairpins at the remodelled Adria circuit, which was hosting WTCR for the first time, can particularly penalise a heavier car.

"We are very heavy," said Azcona, who twice finished 11th. "This BoP for the Audi which is 40kg lighter than us, 10mm lower [rideheight] than us, we don't understand." 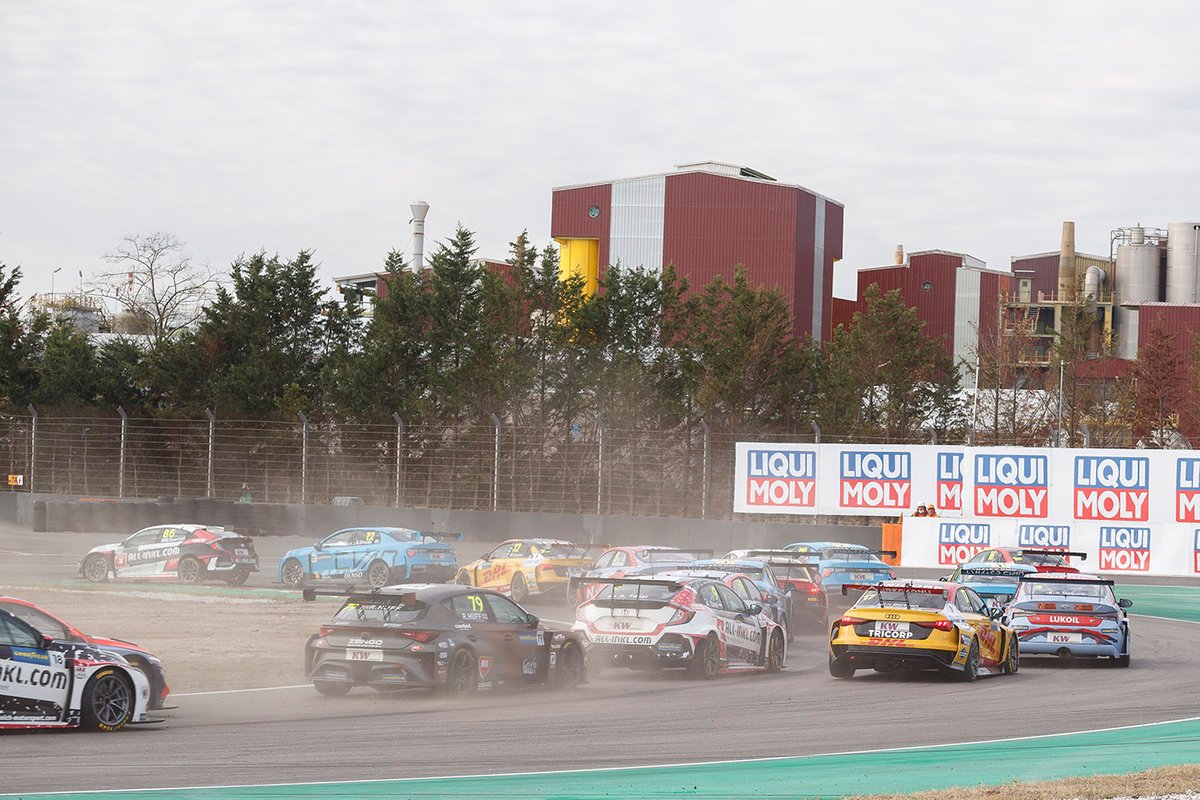 After contact restricted Huff to 13th in the first race at Adria, he broke into the top 10 in race two.

"I had a good second race," said Huff. "I was able to make good progress with the crashes that were happening in front and managed to stay out of all the trouble.

"On the whole, it was a difficult weekend, with a car that simply wasn't fast enough due to the compensation weight.

"The car felt really good, the engineers did a great job, and all the drivers in our team are pretty happy with the balance of the car, so it ultimately comes down to the current compensation weight and BoP.

"Hopefully for the next race, we'll be able to be in a more competitive position."

The WTCR finale takes place at the Russian Grand Prix venue of Sochi at the end of November.