Touring car legend Gabriele Tarquini has announced he will retire at the end of the current FIA World Touring Car Cup season, bringing down the curtain on a professional racing career spanning almost 40 years.

Tarquini, 59, made the revelation ahead of this weekend's penultimate round of the WTCR campaign at Adria Raceway, and will bow out of the sport following this month's season finale at Sochi in Russia.

The Italian driver is best known for his tin-top exploits, having won titles in the British, European and World Touring Car Championships, but is also a veteran of 38 Formula 1 grands prix and one Le Mans 24 Hours start.

“I feel very sad – after a long career that felt like it would never end, you think this moment will never come,” said Tarquini. “In life, everything has a start and a finish and I am old enough to understand this.

"It was important to me to announce my decision at my home race in Italy – this is the right moment.”

Tarquini has represented a wide variety of brands in different series over the years, but has been part of the Hyundai stable since the WTCC's rebirth as WTCR in 2018 - winning the first title of the series' new era. 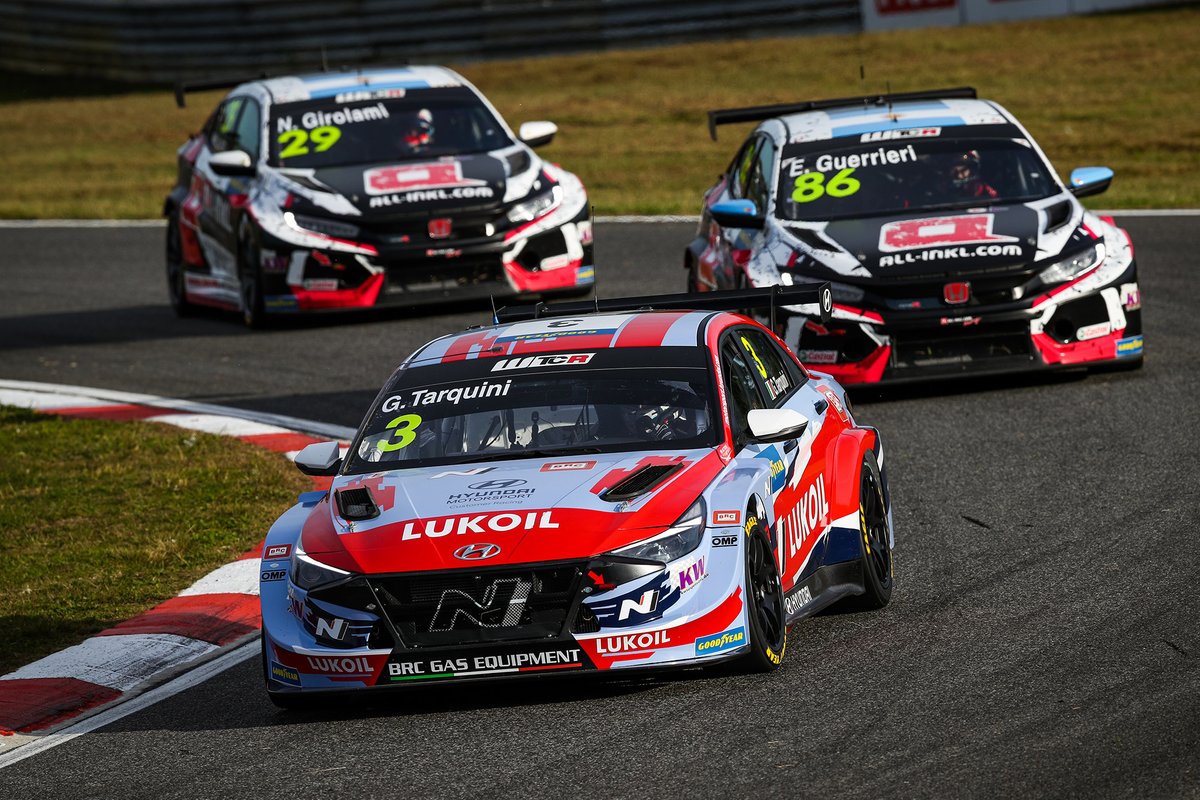 Hyundai team boss Andrea Adamo paid tribute to Tarquini, who was a driving force in the development of the Korean marque's i30 N TCR challenger with which he won the WTCR title in 2018.

“It is impossible to put into words how much of an impact Gabriele has had on Hyundai Motorsport Customer Racing,” said Adamo. “It is hard to come to terms with him putting down his helmet, and he will be sorely missed.

“For me personally, it is difficult to split my passion and my job, and it will be strange not to see him at a racing circuit."

Before establishing himself as a touring car specialist, Tarquini made his F1 debut in 1987 for the minnow Osella team at Imola, after spells in both Italian Formula 3 and International Formula 3000.

He embarked on his first full-season in 1988 for Coloni, and would spend the following three seasons with French squad AGS, scoring the one and only point of his grand prix career in Mexico City in 1989.

Having failed to qualify for the majority of his AGS outings, Tarquini switched to another backmarking team in the form of Fondmetal for the final races of 1991, and contested his final full season in F1 with the team the following season.

Tarquini embarked on perhaps the most iconic partnership of his career in 1993 as he joined Alfa Romeo in the Italian Touring Car Championship, and then took the British series by storm in 1994 to win the title at his first attempt. 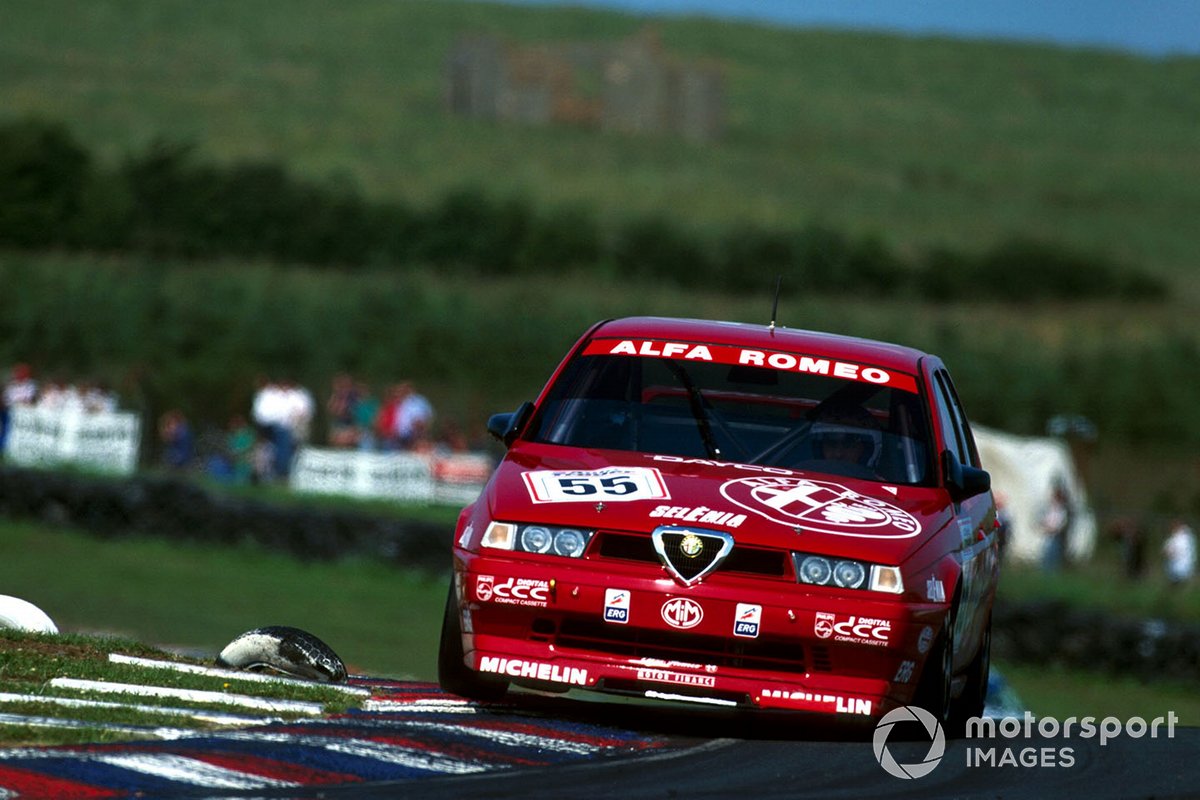 He stayed in the BTCC in 1995, also making his final F1 start for Tyrrell that year at the Nurburgring, before switching to the ITC with Alfa in '96.

After the demise of the ITC, Tarquini spent four seasons as a Honda driver, switching between BTCC and the German-based Supertourenwagen Cup, before reuniting with Alfa in 2001 for an assault on the ETCC.

Tarquini won that title in 2003, staying with Alfa for the series' first year as the WTCC in 2005 before moving across to SEAT and becoming World Champion with the Spanish marque in 2009. 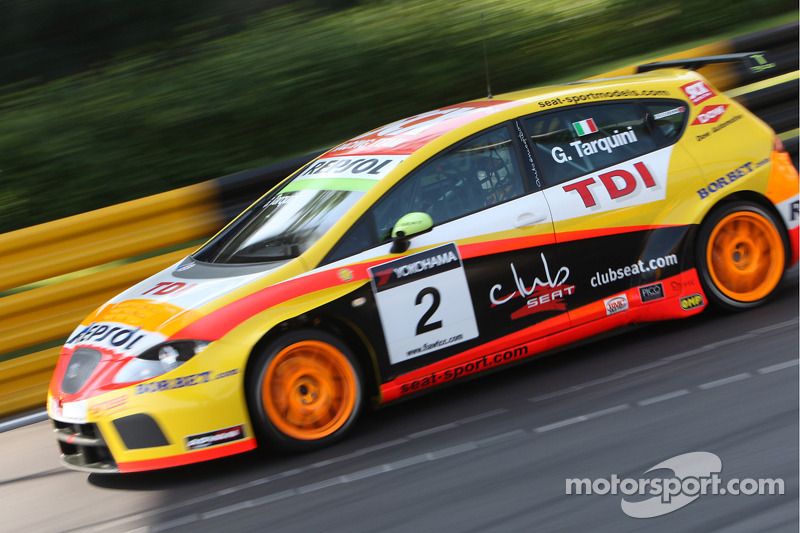 After SEAT's withdrawal from the series, Tarquini had spells with Honda and Russian manufacturer Lada before hooking up with Hyundai in 2017 ahead of the start of the WTCR era.

Since winning the 2018 title, Tarquini has won a further three races, most recently in this year's Aragon round, and sits 11th in the drivers' standings ahead of this weekend's Adria races.

“I want [Hyundai] to be my final manufacturer because we have done a great job together,” added Tarquini. “We started with a white sheet of paper and created the i30 N TCR, and I won the first race and title for the team. Our relationship is very strong.”