Mattias Ekstrom has hailed his Cupra Racing team after being crowned the inaugural Pure ETCR champion following a dramatic showdown at Pau-Arnos in France.

Ekstrom needed only to finish fifth in his SuperFinal to win the all-electric touring car championship after dominating the weekend to that point, winning both his battles and securing SuperFinal pole in the time trial.

But first-corner contact with Philipp Eng left Ekstrom at the back of the field with a puncture. He pitted for the Zengo Motorsport-run squad to fit a replacement and, with Eng retiring, secured the fifth position he needed to take the title ahead of Hyundai’s Jean-Karl Vernay.

Ekstrom praised the team’s composure to ensure he completed at least 75% of the SuperFinal distance in order to score points.

He said: “I got very good information from the team. They told me what pace I had to carry and so on.

“I was quite excited because the car was not in good condition. The steering wheel wasn’t straight and there were a lot of vibrations. The front right tyre, I didn’t know, was nearly off the rim.

“Just trying to nurse the car home was the goal as Eng couldn’t continue, so for me it was a very action-packed last race.

“I’ve been trying to risk-manage all season long and even I didn’t see this one coming, but sometimes even at my age you get surprised and realise that you can’t be cautious enough.” 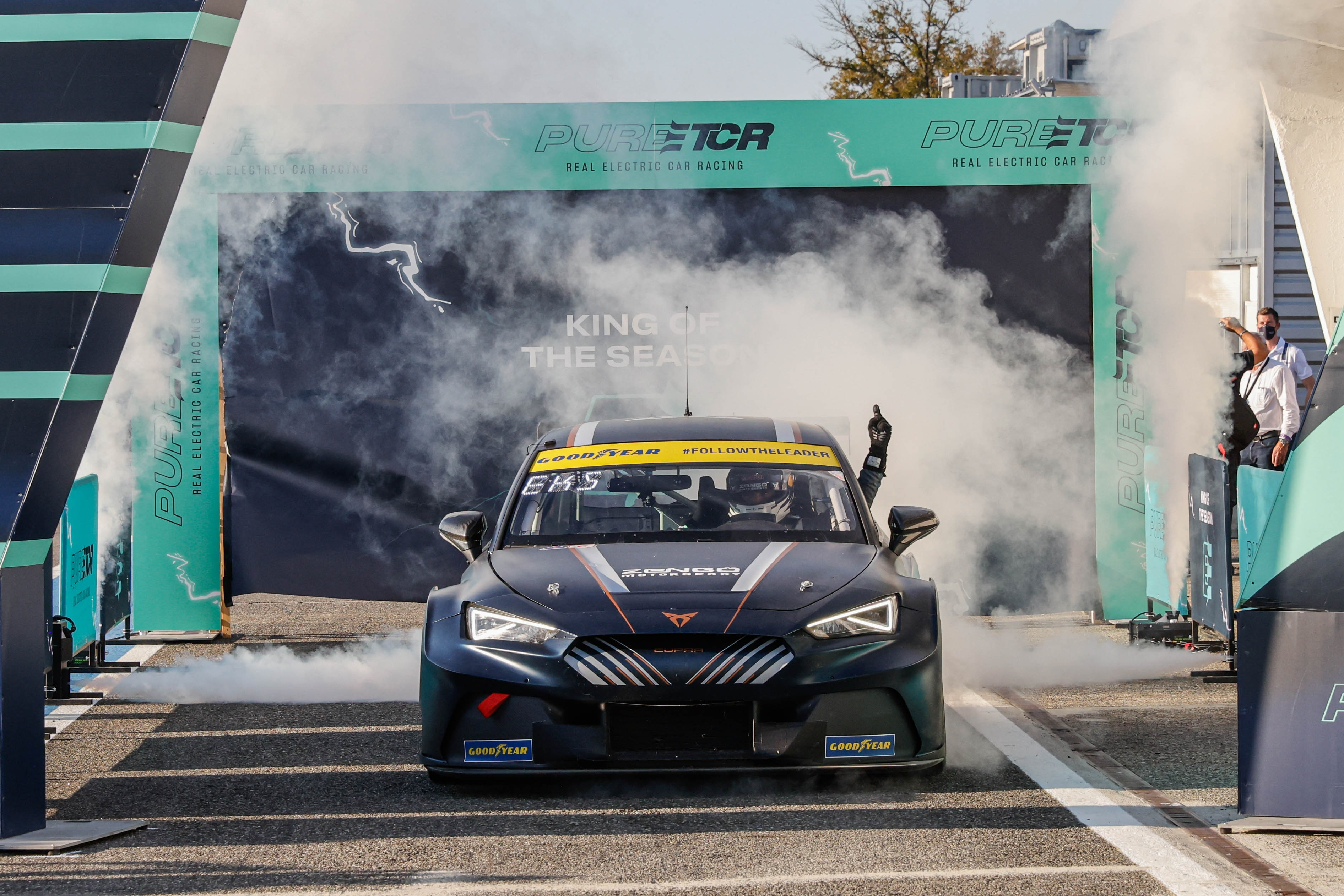 Cupra Racing also clinched the manufacturers’ title while Ekstrom’s team-mates Mikel Azcona and Jordi Gene finished third and fourth in the drivers’ standings. With three overall victories in five events, it completed a commanding performance by the Cupra Leon e-Racer in the innovative new championship, which next year takes on FIA World Cup status.

“When I came to Cupra back in 2019, the aim was to build a car together, build a team together and be champions in Pure ETCR,” said Ekstrom.

“That was the mission, and now, a couple of years later, we managed it at the first attempt and that’s something I’m very proud of. The entire team, who have been working on this project and pushing every day, have been doing a great job.

“To be able to celebrate with them and give this trophy to them, that means a lot to me.”