Cupra Racing’s Mikel Azcona believes he can challenge for the WTCR crown after finishing in second place in the second race at Most, just 24 hours after wrapping up the TCR Europe title.

Azcona secured his second TCR Europe championship by qualifying on pole position and winning race one, before skipping the final race to return to Most for Sunday’s WTCR double-header.

Heading into the WTCR weekend, Azcona was eighth in the standings, over 30 points behind reigning champion Yann Erhlacher.

He had been 55 points off the summit after a challenging start to the season on the Nurburgring Nordschleife and Estoril when he managed only one points finish in four races.

But three podium finishes in the previous four races in his native Spain and at the home venue of his Zengo Motorsport team in Hungary, meant Azcona was one of the series’ in-form drivers.

Azcona showed the pace of his Cupra Leon Competicion by qualifying fastest at Most, securing his first WTCR pole position.

He started the first race, featuring a semi-reversed grid, in ninth and rose to seventh as Nestor Girolami’s Honda Civic took victory.

From pole position in Sunday’s second race, Azcona slid on cold tyres at the first corner and slipped to second behind Norbert Michelisz’s Hyundai Elantra N.

After accidents behind him led to a red flag, Azcona pressured Michelisz throughout the restarted race, but was unable to find a way past as the pair pulled clear of the rest of the field. 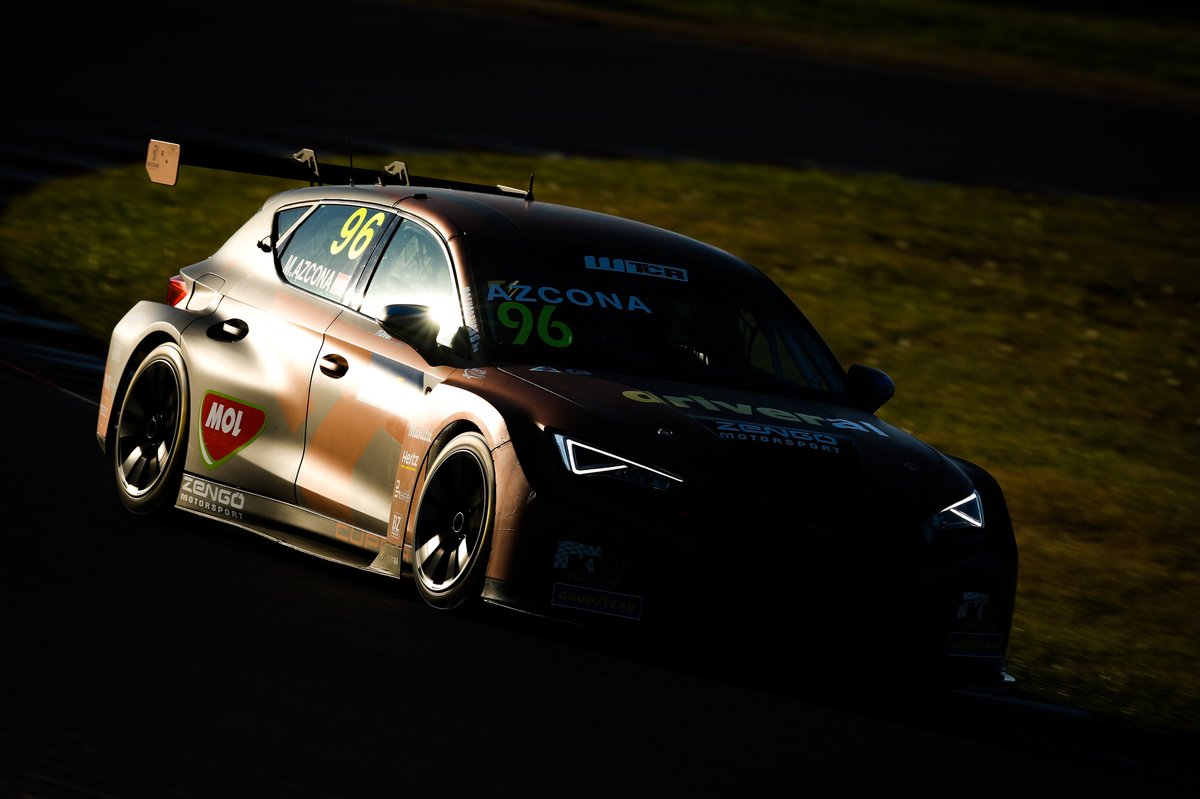 Azcona has now scored more points than any other driver over the past three race weekends and lies third in the standings behind Erhlacher and Esteban Guerrieri, 25 points off the top.

“I’m really happy with the weekend – really good points for the championship,” he said.

“The second race I really enjoyed battling with Norbi. I was pushing really, really hard – I felt super-confident with the car.

“Now we are P3 in the championship which is amazing considering how we started the season. 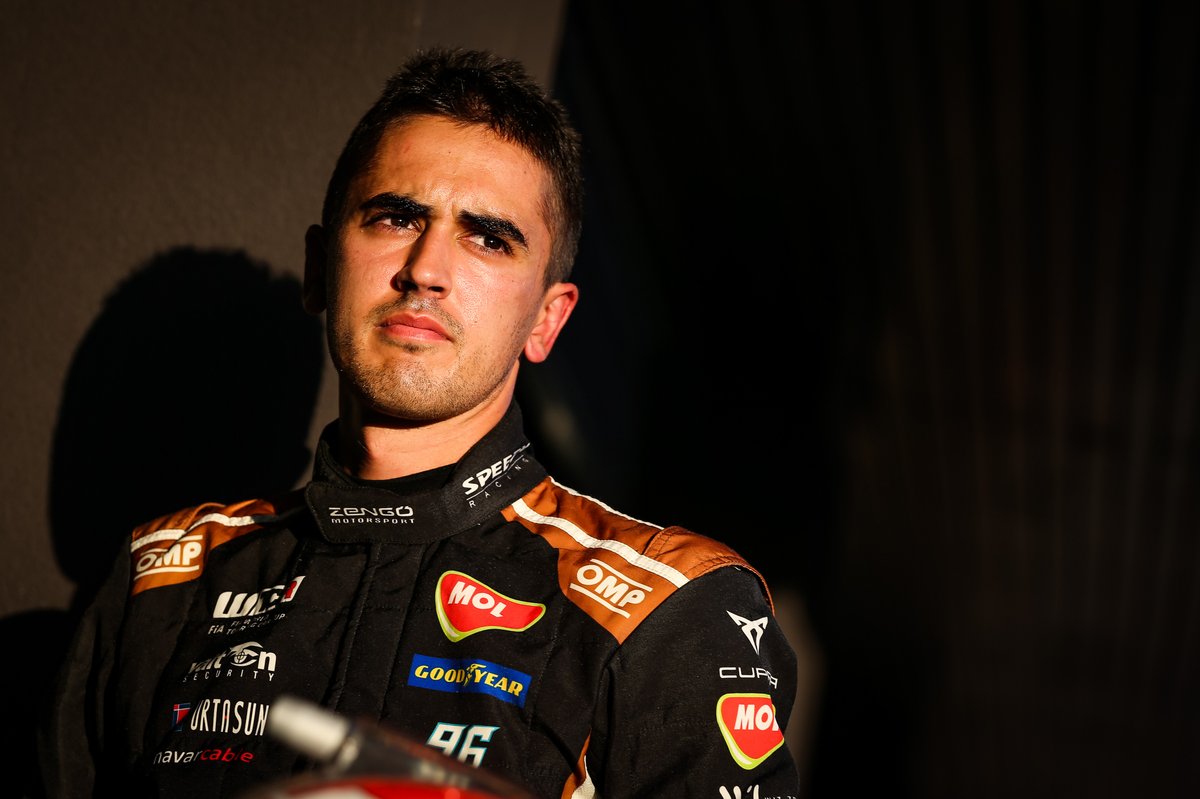 Azcona’s performance at Most was made more remarkable by his weekend’s energy-sapping travel regime.

Having taken part in WTCR free practice and qualifying at the Czech venue on Friday, he flew to Barcelona to contest the opening day of TCR Europe’s championship finale where he was able to secure the title on Saturday before skipping the final race to return to Most for Sunday’s two WTCR races.

He said: “I am European champion at the moment so I want to be world champion in the future. Why not this year?”

Azcona delighted with “amazing” weekend in WTCR and Pure ETCR